Heaven in a Pile 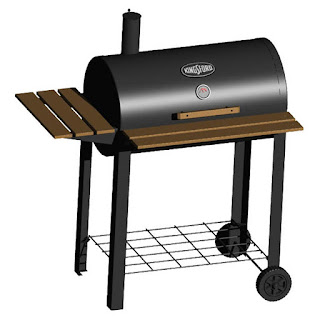 So we stopped to visit with JYG and of course what we were looking for was not what we were there for. It was an odd day in some guys showed up to get a vice and tire chains, so JYG went off with them and TL and I started digging around in the dumpsters and I started finding cast iron stove parts which I really needed of a coal stove I am rebuilding into a Habachi grill.

Great news is, I found the top plates which I wanted and then some other ones in the junk.

As we were milling around waiting, I spotted a charcoal grill.......a big mother almost like Richard and Stephanie's so I wondered what JYG wanted for it laying there and we got around to talking about it, as the other guys left looking for 18 year old virgins as they swore they were extinct, and we were stuck with looking at this grill.

Now we had just purchased  a round grill a few weeks prior from a fat man with a 58 inch wasteline, according to the salvage guy who hauled his junk in......we got the expensive toaster or it would now be scrap.

So JYG says that the front lets were rusted off, but I could fix that, and JYG then says, "Hey I got one over behind the house you can get". So we go back there, it is knocked over, things  covering it, but it is in good shape, so I roll it out, and ask him what he wants......and he says name your price, which I dislike. So I know metal is heavy and expensive, so I say 60 bucks and he says, "I'm going to get something to eat", and walks off for us to load as he trusts us.

I found a like grill for around 440 bucks. Granted I am going to get some high temp spray paint in black which will make this look new, but we got everything with this, including the cooking equipment, and more grills.

It is sitting on Grandpa's place on the porch, where we will grill next year. I figure that it will  be nice for my cousin when she comes, as she could grill one night, and that would be enough hotdogs, burgers and steaks for  a week of good eating. We are thinking about cooking over there on Christmas if I can get another cheap loin to BBQ up, which I am really looking forward to, as that would be fun for me as I love grilling meat, and have never played with anything like this. Richard and Stephanie have made it an art form with marinades and smoking.  Me I just had a chicken feeder bottom, cinder block sides and a cover on top from a roasting pan, and that was my high tech. This Masterbilt grill has me thinking of using charcoal and then laying apple wood pieces out from it, so that it will sort of just ignite pile by pile for a continuous smoke. Not too much wood, or I will end up with Caveman Coonery.....you know black on the outside and raw red on the inside. I prefer my beef that lovely cooked red like old barn paint and rare on the inside. That used to gag me as a kid, but I devour raw meat like a panther.......as long as it is beef. Everything else gets the well done cure as I ain't getting parasites from critters.

Granted ours above is all metal, no wood.......I figure I paid 60 bucks for it, 10 bucks spray paint, and the rest of the stuff was free like antique cook stove parts which would cost me 300 bucks online. So for a 400 dollar grill, we did ok, for a grill I never really wanted as I intended on building a grill out of rocks and cement this summer, but now we have this toy, which being large will afford me the ability to attempt hot smoking of meat and perhaps rig something up to do large tonnage of critters.

I think if I was rich, my life would be a big ole 3/4 ton pickup, diesel, and driving to junk yards daily and hauling home all of thee wonderful treasures there. The only problem with JYG is he junks stuff so fast. I mean if I was not there, stuff is crushed and torn apart when it comes in, as it is just metal to him. To me it is dreams and adventures, like the rammed earth stove we are in process as half our stuff came from JYG and saved us hundreds of dollars.

As the virgin searchers told us, "I hate coming here. Always end up buying more things than I need".

Yes Heaven is that way.