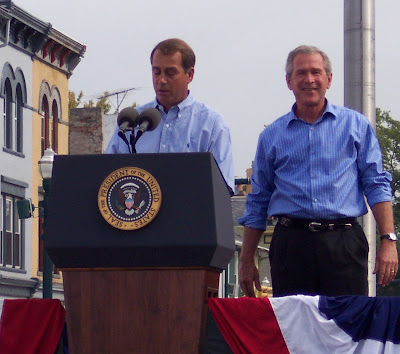 There is a great deal of hype coming for John Boehner's new book. I would that he had that kind for fervor for Reagan Republicans, instead he............

In the book, Boehner called Sen. Ted Cruz (R-Texas) a “reckless asshole” and former Rep. Michele Bachmann (R-Minn.) a “lunatic,” and he said conservative pundits such as Sean Hannity and Rush Limbaugh are residents of “Looneyville.”

Boehner also called the claim of election fraud pushed by Trump a “bullshit” lie and said he incited the “bloody insurrection” in January “for nothing more than selfish reasons.”

There are many problems with John Boehner, but assessing people is one of them apparently, as Ted Cruz is not a reckless asshole. There is nothing reckless about Cruz. He is a self serving pimp.
Michele Bachmann is not a lunatic. She is just a fervent woman who thinks with her vagina. Hannity and Limbaugh, are products of Mockingbirdland, not Looneyville.

As far as Trump lying about the steal. Trump won by 360 electoral college votes. He was set up and incited no bloody insurrection. Trump is not selfish. He is just a WWE event that sold well.

Did he lie? Yeah he lied. He never kept MAGA, but then he had Mike Pence, Paul Ryan and Mitch McConnell sabotaging everything. It was not that Trump got Ashli Babbitt murdered. It was he left her dead and forgotten as he ran for his life, just like he handed over his supporters to be hunted down by the FBI, because Donald Trump is a person who is scared of putting his life on the line for America.

I would give John Boehner more credit if he had said that Mitt Romney is a stooge for the 1% like John McCain was. If he had called Barack Obama a cock sucker, if he had called George W Bush a bi fag, if he had called Hillary Clinton a cunt licker, if he had just let loose on the dirt we all know exists, and Boehner knows, the kind of shit that got Seth Rich offed, Boehner would have helped things out. Instead Boehner trashes the GOP, which Webster Griffin Tarpley said is going to be taken down by the 1%, so we know from that, John Boehner has been bending over for them, and just like Paul Ryan was bent over not long ago on orders, Boehner is bending over on orders again.

Honestly, we all know that John Boehner's book is not going to sell 3 copies, as not even his dead parents are going to shell out the bucks. This is a bump in the road for purpose and I doubt that Boehner has any idea, any more than Pedo Joe Biden.