Things that go Knock in the Night 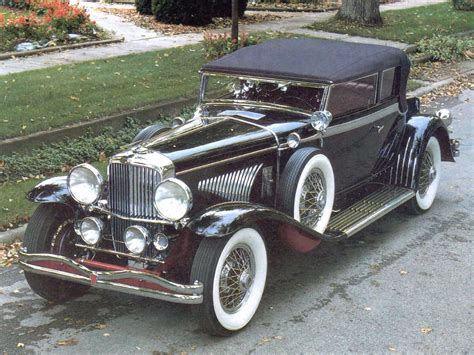 This is a story of my not being there, because life was shitty and I did not want any more shitty things in my life. I regret that moment, for once, it was not a shitty event.

My youngest cousin was talking to me the other day on the phone and happened to mention an event I either forgot or one which was hidden away from my dad as he might not have been around when this took place.

Near as I can tell this was sometime in the late 40's or early 50's and has to do with some of my family's brushes with infamous people.

Life was difficult in those years in most of the world and people just kind of had to make do and get by in how they saw fit, and the man who married my Grandma's sister was visting that shitty day, and had some stories to tell, and I will fill in by beginning with the story my cousin told me.

It was late in the night and a knock came at the door. It was Uncle Milton, which was interesting as I believe he lived in Minnesota and Minnesota is a bit away from the Brier Patch. Why Uncle Milton had showed up, was because his car was full of bullet holes. Another interesting event in Americana, but the thing that occured to me is, you don't go to your family, instead you got to the Cherry family when you are in trouble, as we apparently are the kind of people you go to when your car is shot full of bullet holes.

I do not know who the shooters were and that is probably lost in time. I do know Uncle Milton lived to a ripe old age and wrote the most caring and sweet letters to my Grandparents. He simply was a lovely gentleman, who sometimes got holes shot into his car.

His car, that story introduced to me the knowledge of Straight 8, Straight 12 and Straight 16 touring cars which could go over 100 miles per hour and that was interesting as America was mostly dirt trails.
Now why would one need a car to go 100 miles per hour on dirt roads, it was of course because Uncle Milton ran bootleg moonshine and those touring cars could haul allot. The story is he worked for Al Capone.
Yes that Al Capone out of Chicago.

Most people are not aware in the era of thee American Gangsters that Bonnie and Clyde were Texas based, but most of the hunted criminals that Americans celebated were from the Midwest. Crime was an occupation, and it was not really a crime as you robbed banks not citizens and you sold booze as the government had no business telling you that you couldn't drink.
Much like today, as it is the same model. Chicago was the linking pin to Minneapolis, Omaha and Kansas City to the west. To the east was  were the cities of Ohio and Tennesee and Kentucky whiich shot revenuers as an occupation.

Uncle Milton was not a violent man, but he did run bootleg and that is how he made a living and it must have been a pretty good livng to have one of those lovely cars with a straight engine in them.
I suppose I should explain that, as your modern engines are V shaped in how the pistons are aligned on the crankshaft. Some are straight like the Ford 300 was in 6 cylinder, but most are V like the fine engines GMC puts out in 6 cylinder.
The 12's and 16's were long in the engine block as the pistons were all lined up in a row. That is why the touring cars were so long. They had to make room for the engines.

My dad had told me that my Grandpa had made moonshine, but I never bothered with asking what the hell he was doing with 50 gallons of moonshine. All I ever heard was he gave Great Grandpa some one time, and it was the best that Great Grandpa ever had..........but Grandpa made sure he never informed his dad that he was the source of the brew.
I know it was 50 gallons as clever little me weasled that information out of him, the recipe and and how to distill the moonshine. We were alone, I asked, Grandpa trusted me completely and if I had not asked, that information would have vanished. He used either corn or rye. The corn was Minnesota 13, the moonshine corn from 1913 which was really the first good widely planted corn across the northern part of the United States.

Uncle Milton showing up, probably explains why Grandpa was making moonshine. Yes I never figured this out until today that he was the source of Al Capone's moonshine in this part of the world. Probably many saintly Minnesotans got drunk on the stuff, before appearing in the Methodist pew on Sunday morning.

The part which is typical Grandpa was the solution worked out for a man on the run with a shot up car. You put it in the barn to hide it and you tell the two youngest children to get to the end of the driveway to play and make sure they alerted everyone if a strange car was seen driving around.
Yes what are children good for, but lookouts for Tommy Gun G Men or Tommy Gun Gangsters rival to Al Capone. Seriously, I think Uncle Milton's car was machine gunned by the FBI. It is not everyone who can say their Uncle by marriage was almost shot by J. Edgar Hoover or that Elliot Ness character when he was not machine gunning John Dillinger down with that informant, The Lady in Red.

All went well as I said. Uncle Mitlon lived to be old and so did his wife. They were the dearest of people. I sort of wonder if it was their daughter who was in love with my dad, and she sort of went nuts, as her Mom told her that she could not be in love with my dad, as they were related. She used to call here at night and Dad would talk to her or tell her to call some other relative who was not related to her. She drank allot and I feel sorry for her now that she is dead, as she wasted it on my Dad and, well that is another story, as this is the story about our family adventures

Grandpa was a good man. Probably could have been Governor, as they asked him to serve on the county board, and he served on lots of schoolboard and things, but Gram did not want him away. Probably figured some Jezebel would run off with him, so Grandpa stayed home and gave aid and comfort to Grandma's notorious gangland relatives who were just regular folk.


Someday I will have to tell you more stories about my family, but the way things are going, I figure that there will be more of this black market commmerce from White People as people will have to live and things done in the colored ghetto will become a White person's vocation again.

What else would happen when Biden revisits the Obama Super Depression. History does repeat itself.