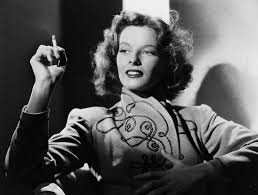 “It remains to be seen whether or not other patients who have recovered from mild, moderate, or even severe Covid-19 are going to be organ donors,” Bharat said. “If not, this may lead to a significant contraction of our donor pool.”

As another Lame Cherry exclusive matter and anti matter.

This Obama Fauci 1% bioweapon out of China is the gift that keeps on giving, as the L strain in spike proteins is equal to the Synthetic Prion of the vax. What is wonderful about this is that Cleveland Clinic which is now appearing as the propaganda source as Johns Hopkins has destroyed lives and the world, is only focusing on the "Covid" or the diseases which manifest from the Coronavirus Wuhan, that Ann Coulter ridiculed others who said it did not come out of a bat's ass.

We are now learning that organ donors are going to be in short supply due to organs ravaged by the virus or the vax. There has been in increase of these need for transplants as this is not just brain rot in spongiform, but the lungs of people are turning into yellow fibroid masses of tissue. This is the Honeycomb Lung, a manifesting Covid reality.

What is interesting is comparing the brain has holes eaten in it. The lungs have their holes all plugged up and turned into a meat lung.

What is of another paradigm in this is the heart. We have read of the inflamed hearts from this spike and this prion, but what is taking place in the heart is unique as the meat lung and the sponge brain. What takes place in the heart is hyperplastic or the deformation of the heart to be able to pump blood. A heart which does not pump blood is like a bicep in your chest, and not much good for anything.

The heart was enlarged and weighed 380 g. The right ventricle had a normal thickness (3 mm), whereas the left ventricle was concentrically hyperplastic (23 mm).

The straight science of this is intriguing as the virus is not found in the mRNA of  the heart, liver or kidneys.  So the virus is not in these organs, but something is destroying them, which is the spike or the prion. The answer is in the below findings in autopsies. The layman's version of cardiomyoctyes and pericytes, means heart muscle cells and heart sack muscle cells have a major reduction, in other words they are disappearing. The muscle cells are disappearing. That is an alarming reality. What is appearing though are endothelial cells, those are cells that line the inside of the arteries and veins. So these spikes and prions which target the ACE2 cells all through the body are eliminating heart muscle while making the arteries and veins thicker and therefore less elastic to flex when blood is pumped through them.\

The short of this the heart is being degraded, like being a 98 pound weakling not able to pump blood, so it will work harder, and enlarge which is COPD, and the blood transmission routes are ham fisted heavy muscles not able to deal with blood pressure. This is the hidden ticking death bomb in people's chests who have had this heart fever.

What has been COVID is nothing compared to what it is in these discoveries.

We did not detect viral RNA in the heart, liver or kidney, but observed other changes, including broad upregulation of PLCG2, a target of Bruton’s tyrosine kinase (BTK), in the heart51.

Focusing on heart, both cell composition and gene programs changed between COVID-19 and healthy heart. There was a significant reduction in the proportion of cardiomyocytes and pericytes, and an increase in vascular endothelial cells

So those who had the L strain or the vax, have the reality that if this hit the lungs they  are damaged, some to the need of a transplant. The brain is being rotted. The heart is going to enlarge if the lungs can not provide oxygen, and the heart will experience failure due to being overworked on the muscle veins being created and the heart muscle being turned into a 98 pound weakling.

We do not know timelines beyond the stated 14 month mad cow death rate, to the 3 year expected replacement of vaxed workers in industry. The fact is the lung problems are within months unless a transplant is available. The brain appears to be 14 months to death. The heart based on Scarlet Fever deaths is 10 to 20 years to failure. The reality is though that with the prion in the brain, no one is going to make it to having heart failure.

This is actual autopsy and clinical data. The Cleveland Clinic is creating a smokescreen in blaming the virus as the threat in order to blame the ReVaxNiks and hide that it is the vax. The end reality is people's bodies are being harmed from which there is not a recovery.

These spikes and prions implant into all the ACE2 receptors, it is like a male electrical plug in, into a wall socket. These spears attack anything and that includes ovaries and testicles as much as the entire circulatory system, and remember you circulatory system is capillaries which are minute, as the predicate for the blood clots.