The Coup Against Pedo Joe Biden 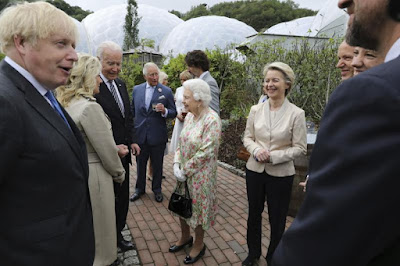 After we're all dead from the vax, the Queen will rule the world like
before.....this time it will all be Chinamen colonists though as she likes tea and rice.

The move by the DIA to remove Pedo Joe Biden from office is part of this game which the DIA stole the election with the Brits to install Pedo Joe.

It does not matter what Obama or London says it the future of Joe Biden. For Pedo Trudeau of Canada, leaking that Kamala Harris is going to be Birther in Office at the end of 2022, foretells more of this election theft bullshit, in the 1% will steal the election for the frauds like John Thune and Kevin McCarthy so those on the right will vax brain zombie all smiles before they hit the grave.

That turning over Congress to the GOPliters, of course will be blamed on Pedo Joe and he will impeach himself.

So Obama's folks in the White House are plotting to get rid of their Pedo Boss. Do not think for a moment that the Biden Mafia is just going to just go into the night quietly in being set up for the fall of democrats and the rising of Donald John again.

A WH official just sent me this pic of Biden White House M&M’s and said:

“Limited edition, only available for a few more months!” pic.twitter.com/vMCrMFAQip

Ask yourself what the logical move for the Biden Mafia will be?

Come on, you can figure this out as they have been moving on this for months.