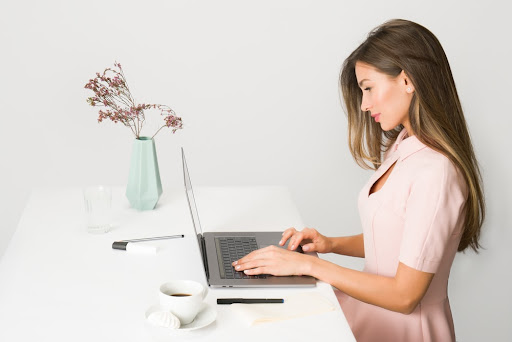 Catherine Austin Fitts is a wonk's wonk, she is an amazing mind, but she speaks a vocabulary which is how this Wuhan virus appeared, the religion of hate against White Protestants and all other forms of mind rape which people are experiencing now.  This is intelligence which she expresses which is in command of facts and projections from those facts. So when this blog says things are planned out decades in advance and every scenario is taken into account to the final play.

I always listen to this mind as she was on the inside and is so Gerald Celente in making projections from the trends.

She made the comment in 2019 AD in the year of our Lord that the Fed had a meeting which decided to throw 500 million people out of work. If the date is correct in that policy, this is when the E Cigs were testing the infection of Wuhan biologicals in making people sick, and what followed was the paradigm shift of the Fauci Era of mask terror and fear lockdowns. Pause for a moment in realizing that this has been almost 2 years, and you have been shoved so damned fast forward in this, that you do not even realize that much time has evaporated as you are being forced to react to the next phase.

Inflation on homes is almost 15%. The fact of that is due to the lost homes, have all been purchased by the US Treasury and Fed fronting for the 1% in buying up homes, so deflation will not occur, as the Mexicans pouring into America, must be kept enslaved and Americans made homeless.

This inflation is a weapon, just as the military, aristocracy and industrialists in Germany pre world war two, inflated the Mark  to wipe out debt. We will come to a time when the DIA created Cryptos will be be the mechanism for a few coin be able to buy every mRNA soul in America.

It was Ms. Fitts comment that the world is being set up for digital massacre in ending life which is the crux of all of this. The entire evolution of this has changed. You think of danger and death in blood terms, but the mechanisms to shut down civilization are electronic, and simply increasing stress on a segment of a population reduces life expectancy. We witnessed this in the Obama years in White people killing themselves. This was by design and in all of these projections there is a model which generated this. There are models which projected how many Blacks would die in riots and there is a model for the continuous death rate of Blacks in Chicago. There is a projection in how an event in the United States will cause how many Ethiopians to cross the border into America, and those models include how many will die in the process.

The models can be set up as certain as a HAARP ice storm in Texas can be manipulated to kill people off in one county which is one group compared to the saving of the people in the next county. It is all on grids and lines and it does not matter, for as you sit in the home you are extorted in taxes to live in, the 1% has run projections on life force events and it is a flowing projection as ethnics are seeded in.

The weakness in the analogies is we always face this in life and death. There is something else. Something as Ms. Fitts speaks of in robots, borgs and humans, in all being genderized. This vax is a human evolution gene therapy. What if it is immortals, immortals do not need to toil nor spin. People talk about economies and food, but immortals do not need money nor eat food. You can not kill them. They do not need houses as you can not kill them, sure they probably can be discomforted, but all the things which generate work is an end product of life. What if life is there as the end product and can not be taken away, then all the things economy is based on has vanished. Maybe that is why looting the world to fund this evolution is the purpose. The Great Reset is about the 1% laughing at putting Klaus Schwab in a capsule to let him live forever in a universe that has moved on without him.

Could you imagine being an immortal and having Klaus Schwab around you forever. Death would be a welcome, but it can not happen because you can not die.

The Synforming of humans will mean the control though of the zombie body and mind. The soul goes where the mind locks it into and the body carries it. Stop thinking of this in terms of death and a vax killing you. There are worse things and the population being digital slaves as your body is a wifi extension of a computer program following those commands is the end reality of this. I do not agree with those who say that the 1% do not know what they are doing. You may not follow the logic as this is a new paradigm, but the 1% knows exactly what is being engaged in this body of satan being evolved.