You are now not supposed to Riot 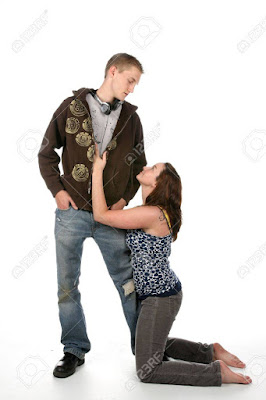 Please White Negro play sports for a million dollars lest
I fear I will be overcome with riot fever and become a Domestic Terrorist.

I don't know if you missed this, but for the entire tenure of Donald John Trump, sports stories literally ceased in main feature pages, save for the kneelers.

This was as this blog noted, a denying the public a venting outlet like the Roman Circus to keep the masses from rioting. So this was a deliberate 1% ending of sports to assist in creating January 6th. I believe it was a failure as all of this soy milk and dental dosing in water has made Americans quite docile. It took the FBI and other agencies to riot themselves and blame Americans, as MAGA was retreating unless Ashli Babbitt was being murdered.

One also gets these daughters of rapists who are dead stories, mixing faux celebrities with sports as if the Biden followers care about this mind numbed propaganda.

This is also coming from overt DIA Steve Bannon platforms like Populist who is promoting this. Just remember as that moron LeBron James is the most hated person in sports, that these stories about who is traded in the NFL, what is up in some soccer team no one has ever heard of, and what is going on in baseball or basketball, is a feature which returned to media feeds once Pedo Joe was in the White House.

Personally, I conclude that these sports platforms are wasted money to try and control the masses as most people have moved on, and it is not like BLM, ANTIFA and what these Pale Supremacists are going to be goaded into violence by undercover FBI agents, are going to act out now if a plantation of Negro athletes paid millions is not appearing in the media.

Personally, I look at British press and all of these Populist stories and I have no idea who 90% of these people are. I know they all look like people who are not that attractive, look like hotel whores and appear as stupid as the people who got vaxed. I recognize Kim Kardashian, and the Jenner names, but the rest of this, I have no idea what this pond scum is and how they get their names in the press........yes I do, as you get promoted by the DIA state when you sold your soul.

Here are three people I have no idea who they are.

John Kass: If Moms Are “Birthing People,” What Do We Call Dads on Father’s Day?

I do know these parrots are all brain diversions to thump your brains into not thoughtas this shit has been puked out a generation ago, so let's discuss it again as plots are underway for Americans to be hunted down as Domestic terrorists.

I just wanted to share this as you most likely missed this reality in how the intel media changed. It is just worthless media, unless you listen to Steve Bannon who tries hard to jack your brain and emotions in a white line cut with a credit card.

Well enough of this, as I do not watch any sports, watch no television, do not watch the news, am not on any social media, and spend most of our time in old movies, fringe rants and watching how to fix things on Gaytube.

For some reason the 1% believes the rewarding of the rich Jewish plantation owners of billionaire sports franchises now need to be featured to pay off these massah, because no one is being affected to violence in being cut off from the circus, and January 6th proved that a thousand fold. Maybe the 1% likes watching rigged sport events they make money on, because the 1% are brilliant masters, and there is not any way they thought that kneeling in sports would set off a mass riot in DC, as they understand Americans suck on the nipple of there Second Amendment and those guns put them on a leash, as they will not risk their luxury over feudalism restored to America.

I just want a shed to fix things in.  That is what I was doing today in fixing a spade handle.