Joined at the Genitals of a Vice President 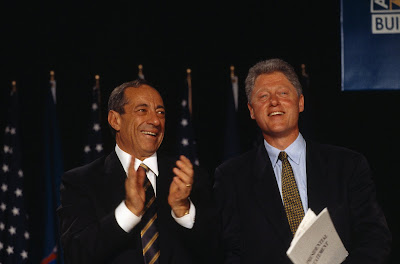 Well Mario you didn't live to see it, but thank you as your boy
Andrew supplanted me as the biggest piece of political shit on the planet.

The Lame Cherry is going to have more on this at the bottom in matter anti matter exclusives, but Rense.com featured the investigative reverse speech of Governor Andrew Cuomo of New York, the Geezer Covid Killer of the Empire State.

Andrew Cuomo is Pussy Predator, a real Woman Eater. He defines himself a ghoul, thinks with his cock, says rape is fun, calls women douche whores in pure misogyny and Mr. Oates wonders if Cuomo is having a premonition in he will go to prison.

More on this from the Lame Cherry analysis below.

They heard things I just didn't say - Yes did say

For that I apologize - For that they lock me up

I do kiss people on the forehead - Get a douche madame

My inquiries into the matrix have revealed trends that Vice President Harris has had a coup from those who stole the 2020 elections to Pedo Joe to remove her from office. This was according to the matrix supposed to take place in May. It has been my hope in posting for the safety of the Vice President for her protection. She has been kept safe as no one wants this woman harmed ever.

Readers will remember that this blog pointed out there was a series of crippling political situations of the most powerful democrats, who would be contenders for the White House and the Vice Presidency. Governor Whitmer of Michigan, Governor Newsome of California and Governo Cuomo of New York all have been crippled with investigations and election recalls. They are now so politically damaged that their futures are finished.

What the Lame Cherry overlays on this for your consideration is, to ask why at this point as Cuomo seemed to have weathered this political hurricane and was safe, has the democratic establishment rallied this issue again on orders and is driving polls to force a resignation.

Pedo Joe Biden began this chorus calling for Andrew Cuomo's resignation, so this is coming from the White House, just like the wiping out of Rod Blaogevich and John Edwards came out of the White House of Barack Hussein Obama with Joe Biden in the wings.

The projections on this are that are logical. The going after Andrew Cuomo, means he is the most powerful democrat to challenge supplanting Biden and has the power to demand the Vice Presidency in the replacement of Kamala Harris.

The political reasons are Joe Biden is weak, America knows Biden has the nation on the wrong track, Biden is senile and grabbing children again, and it will require a strong politician to stabilize the situation, and none is stronger than Andrew Cuomo among democrats. The 1% understands this and is moving to remove Cuomo. That is the focus of this in the 1% showing their hand. The push from the 1% is to remove Kamala Harris soon as the push to remove Cuomo would not be taking place if this was not eminent. Understand that Cuomo could resurrect by 2022 AD in the year of our Lord. Remember that the Justin Trudeau of Canada thought after the lost 2022 midterms, Kamala Harris would be President as Joe Biden would be removed by that time.

In political ploys, Cuomo could blame Biden and Harris in 2022 and the demand would be for weak Kamala to nominate the New York Governor as Vice President. As Biden and the 1% want neither of these people near the presidency, this concludes that Andrew Cuomo is being taken out as the others have, because there is still in this process the insider game to remove Kamla Harris. That is why this Cuomo submarining is a waning sign. It would be logical when the democrats remove Andrew Cuomo, then the clock will begin ticking for Kamala Harris. This has to be a short pendulum swing for those involved in this, for Bidens demented state, but for the reality, whoever replaces Andrew Cuomo can not gain political traction and by insiders force their way onto this ticket, which has already been plotted out in the choices. Logically the 1% move against the Vice President would be before next year after Governor Cuomo is removed from office.

That is the projection of analysis on Governor Andrew Cuomo in why is he being removed. The answer has always been competition for the White House. It appears that the necessity of it at this time is for the removal of the Vice President as another choice has been made.

This is another Lame Cherry matter anti matter exclusive.