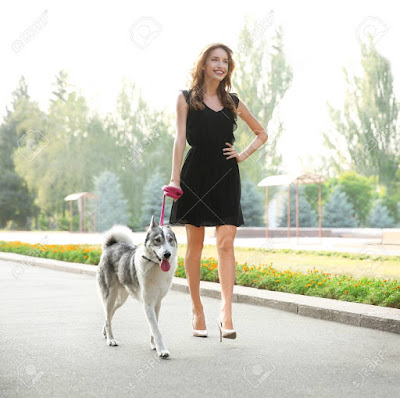 "Stunning to hear @RashidaTlaib claim ‘behind the curtain,’ those who prevent a ‘free Palestine’ are the ‘same people’ who exploit ‘regular Americans.’ We've heard this kind of ugly #antisemitic dog whistling before, but it's appalling when it comes from a member of Congress," Greenblatt tweeted.

Like most of you, the designed effects of being overwhelmed by this Information Blitz, so we can not keep up with what is really taking place, has me not caring what that woman that Ted Cruz was sinking his manhood into having a propaganda book about GAS LIGHTING, which was the Mockingbird promoted buzz of an election cycle, had me looking it up what it was, and I honestly forgot as it is useless information. The reason I brought this up is the ADL issued a condemnation of that Islamocommunist of Minnesota, no not the hot one that sleeps with her brother, but the other one who looks kind of like the teacher you would have sex with, is the one the ADL was anti Semite flagging as A POLITICAL DOG WHISTLE.

I looked this up and the explanation is people say things so that other won't know what the hell they are talking about, except the group being spoken to. I would use the example of George W. Bush in taking born again code to get Evangelicals to vote or Bill Clinton calling Obama "that bright boy" to appear to liberal racists and put the Afroid in their political place.

A dog whistle is not supposed to be heard, but you would have to be a real zit head to not figure out what people are really saying. For me the dog whistlers are these people who say things like dog whistles as they are intellectuals who speak in their own condescending tones to people in non urban America that they really hate, but that hate is accepted as much as hunting them down as the Jan6ers.

Below is .......let me look up this dog whistle woman's name..............Rashida Tlaib. That is a hard name to figure out, yes I get the Rashida, but that Tlaib stuff is like those Scandinavians with names like Kjellgaard who write Irish Setter novels. Too many people have weird names so no one knows who they are talking about.

It is easier to figure out what she is saying than her name in the quote below, as I don't see any dog whistle in this, In fact I don't see any anti Semitism in this either. Tlaib is saying that rich Jews make money off of misery and foment it in racism in the United States for profit.

"I know that you all understand the structure that we've been living under right now is designed by those that exploit the rest of us for their own profit," Tlaib continued. "I don't care if it's the issue around global human rights and our fight to free Palestine or to pushing back against those that don't believe in the minimum wage or those that believe that people have a right to health care and so much more. And I tell people those same people that if you open the curtain and look behind the curtain, it's the same people that make money and, yes they do, off of racism, off of these broken policies. There is someone there making money and you saw it!"

I don't know what the ADL is complaining about  as rich Jews are really great at business. Look at George Soros, he is buying swathes of American government. That Mike Bloomberg is doing the same. Jews were successful at what the did, got rich and now are concentrating the power.

I once heard that Yassir Arafat was like a pedo who was paid a billion dollars to do his terrorism. The thing is that was good business in Tel Aviv. Americans paid Jews billions for defense and it looks like the Jewish computer geniuses have figured out how to take a share out of stock trading, so they no longer have Mosaad selling dope into America or making Ecstasy for sale around the world. That is a great accomplishment.

Look at the ADL, talk about power, they just hooked up with Paypal to hunt people down to silence them politically, starve them out so they have no way to make a living on what they think. That is real success, like the Southern Poverty Law Center working for the CIA and FBI and making millions weeding out people that the people in power do not want contending with them for power and money.

That is real success. I just don't know why people doing all these things are hiding behind curtains, because they have overturned the world, control it all, and they should be in encyclopedias and putting up monuments to themselves, so that everyone can adore them. People need leaders who succeed.

Look at Pedo Joe Biden. The 1% steals an election for him and he fails, falls like a rock. No one wants to follow that, so like the people behind the curtain should come out and say, "Hey I stole the election, sent the FBI to hunt 100 million Americans down and am going to start a war to take over the world and get me a quadrillion bucks in gold", that kind of success is really appealing and people would vote for that kind of leader as that kind of success just does not exist anymore.

I can see by the Wiki quote below that people hear dog whistles sometimes when no one is whistling. That is not helpful as every husband knows his wife hears him say things he never said, and every husband hears his wife asking for sex which she never said.

In that I think Tlaib was doing her own dog whistle, because Jews heard her saying they were all Shylocks, but Tlaib gets funded by rich Jews in the DNC, so Tlaib is not going to bite the hand that feeds her, so she must be talking about these Donald Trump racists which the FBI keeps issuing alerts about White Supremacists. As Jews are not White Supremacists, but are the apple of God's Eye, so this is tricky in the Tlaib dog whistle.

Yes the Jews are dictators over Gaza and Mosaad and Shin Bet employs more Philistines than the Muslims do to spy on fellow Islamists. But the Philistines profit off of this, like the Jewish elders profit off of Jewry, in if the Jews were not running a Gaza concentration camp,  Iran and these other benefactors would not be pouring money into the 1% of Gaza who are living the good life behind the curtain.

Some have argued that it is difficult to tell whether purported dog whistles are in fact dog whistles. Robert Henderson and Elin McCready argue that plausible deniability is a key characteristic of dog whistles.[Mark Liberman has argued that it is common for speech and writing to convey messages that will only be picked up on by part of the audience, but that this does not usually mean that the speaker is deliberately conveying a double message.[52] Steven Pinker has argued that the concept of dog whistling allows people to "claim that anyone says anything because you can easily hear the alleged dogwhistles that aren't in the actual literal contents of what the person says.

It seems ................well Tlaib is not right wing, but most people on the right are dog whistlers as defined by the left. It would be easier if the thought police would just stop sending the FBI out to hunt down Americans, because then this dog whistling would be out in the open. Tlaib could say her things and like Southern Poverty could say, "We got Chicom leadership and we are making big money to shut down American speech. You should join us as we are really successful."

I'm about ready to stop paying attention to all of this as there is always some new charge by the intellectuals which does not interest me and it never lasts, which is why they have to keep making stuff up.

The Rothschilds had it best, in their mum took great pride in her boys in stating that from behind the curtain, a war never started unless the Rothschild brothers was making money off of both sides. Mum Rothschild was an honest woman and people appreciated that. We really need more of that and then people like Tlaib could just say things as everyone would know who she was talking about as their Mu had said it first.