The Seer of Terror Attack Future 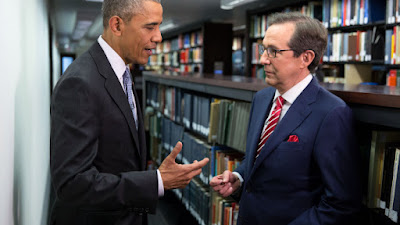 Chris the way you suck dick is too reserved, you got to go at it
like a starving gorilla with a banana, if you get too ape, I'll just slap your ears
but suck dick like you're afraid of your own.

You will remember the prophetic seer, Chris Wallace, who in September or 2020 AD in the year of our Lord, knew Donald Trump was giving him Coronavirus, before Trump even had symptoms, because Wallace was forewarned that an assassination attempt, (the 3rd) in trying to infect Donald Trump had been engaged in, in the White House family quarters initiating Coronavirus into that area, well Chris Wallace, Obama voter, has now stated something in public which is of note.

Chris Wallace: Attack on US homeland from Afghanistan 'could be curtains for Biden presidency'  ∞ fox

This revelation by the son of Mike Wallace is telling, but it also is a bit of a problem for the domestic terrorism bills in waiting as Afghanistan is not in the United States. Of course Bidencon is bringing in something like 40,000 Afghanistan buka bazi or whatever child molesters, so just as Bush sr. brought in John Doe 1 and 2 for the OKC bombing from Saddam Hussein, and Tim McVeigh and Terry Nichols were blamed, so it might not be such an issue as Americans always get blamed with the BATFE is building the bombs that OKC developed.

Afghanistan is a textbook in the Great Game India, as the 1% is utilizing it to bring down Pedo Joe Biden. The ISIS bombing of the vaxed woke military at Kabul airport is the snap on the nose for the military that helped Biden's backers steal the 2020 election. The Pentagon views people as expendable, well their troops are expendable, but civilians are threatening. So it not vaxed troops dying as the Pentagon turned them into ground burgers already, but it is the humiliation which they did not like, and the 1% needs the military to stand down and not support Pedo Joe.

Pedo Joe Biden is now aware that he is not being backed and is expendable. He is scared and the clock in this is ticking. Remember this blog's warning about Andrew Cuomo being taken out. The reason Newsom and that Whitmer in Michigan have been neutralized. The reason is for the Vice Presidency. The 1% does not want them in that slot. They already have their candidate. What is vital to comprehend though is that clock is ticking. There is a window in this. Andrew Cuomo assaults women, but give this Afghanistan and another 9 11, and a Pedo being moved out is welcomed and in that terrorism as Cuomo attacking women does not seem so bad. The 1% can not allow Cuomo to rejuvenate. There is a window in this which the President and Vice President must be secured and in place before the human flow allows counter humans to appear on the scene.

Pedo Joe's time has run out, because the CIA's Mockingbird in the Associated Press is exposing Joe Biden as the fault of Afnamistan. Biden is an arrogant ass. He walked right into the turning Afghanistan over to the Taliban because he wanted it under Obama Inc. It was a perfect set up of Biden and the animation man, brought himself down.

What is taking place in Afghanistan is the prelude to the fourth world war. This is what the dark policy is and Biden is expendable for the shock political minders who will appear. As horrid as Joe Biden is, what is about to be installed, and I'm not speaking about Kamala Harris, is going to make Joe Stalin look like the Mother Theresa.

U.S. officials made clear at the time that the agreement was conditions-based and the failure of intra-Afghan peace talks to reach a negotiated settlement would have nullified the requirement to withdraw.

One day before the Doha deal, a top aide to chief U.S. negotiator Zalmay Khalilzad said the agreement was not irreversible, and “there is no obligation for the United States to withdraw troops if the Afghan parties are unable to reach agreement or if the Taliban show bad faith” during negotiations.

This is preceding is what has been played over and over again manipulating nations so the agenda will be progressed.This is not about America, save the genocide, save the use of American militarism, as events which propel America forward are Pearl and 9 11, and those on the right pissed over stolen elections, furious over Jan6, overwhelmed with this Fauci virus, are more than ready to give it all up just to see Biden be removed from office. That though does not assess what is taking place as Joe Biden is as inconsequential as a grain of sand on an ocean beach. Joe Biden took the presidential bait because he is a fool. His wife is a harpie and his children are sexual cripples. He never was long term. Afghanistan is partial design to get those hunted down by the FBI over Jan6 will salute that Frank Roosevelt flag again soaked in the patriotic piss of Woodrow Wilson and go off to die because FEMA camps can not kill them all as cheaply.

Stay away from all of this and do not be stupid like the Marine below. Ruining yourself over the Great Game only ruins you. It stops nothing. The world war is the agenda and it is coming. I would not be in the military, but then the wokesters got vaxed and are zombie in uniform in evolution.

I repeat stay away from this. You do not want to be the next Tim McVeigh or hunted by the FBI. Bigger things are coming and insider Chris Wallace is baiting the waters.

This is bigger than any of us, so come to the point when this is neutralized, Big things neutralize and do not pay attention to nothing you in time, and then little you survives.