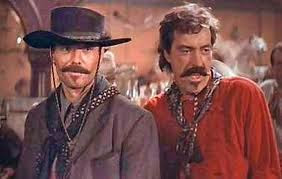 I'd tadpole them ole Asians right up the ass.

I was reading Paul Craig Roberts who is usually sound enough in reasoning, who put his eggs in the basket of one, Larry Johnson, who had some interesting views on Russia, Ukraine, Europe and America.

I do not know if this was the Russian plan from the outset–i.e., conduct operations that would create a de facto disarmament of the United States and Europe–or if this is pure serendipity. Regardless, the west has no viable options, short of nuclear war, of defeating Russia in Ukraine.

Do you remember President Ronald Reagan? He built something called the Strategic Defense Initiative, or Star Wars. It was ridiculed, but it was built to stop nuclear weapons from striking America.

Do you remember Vice President Dick Cheney? He built something called Global Strike. It was built, with the main hub in Missouri of long range bombers, capable of hitting any nation within hours

Do you remember the SR 71 or Blackbird? It was a spy plane built in the 1960's. It could fly at 2900 feet per second. Pilots would see several sunrises and sunsets in a single mission.

Blackbird was so obsolete in the 1980's that HW Bush cancelled the program.

Aug 3, 2015 ... The episode is the latest example of the Pentagon's continuing inability to accurately track its hundreds of billions of dollars in revenues ...

It is Forensic Psychology. The trolls at the Pentagon are not picking fights with China and Russia, because it does not figure to lose a war. Those trolls have been sending their obsolete technology to China and Russia to "even things up". The Lame Cherry has repeatedly informed you that this picking of a fight is deliberate, just as deliberate as Russia or China is not walking into this fight, for reasons it perhaps suspects this game is rigged, and their only options are the Schwabian collapse of the West to seize power will give them the chance of winning. As much as their dirty nukes are the one thing that the United States does fear as radiation is something which will not fade.

The United States appears to have some hybrid weapons. NASA is a cover for what a number of these weapons are. There are indications the United States has an anti gravity platform. That is a gamechanger in bending space and time, a type of cloaking device, an ability to raise payloads into space such as Rods of Thor, which certainly could ruin Russian plans in Ukraine and elsewhere.

Never allow yourself to limitation in making projections. Ronald Reagan certainly did not. Star Wars was designed to negate nuclear missiles. Star Wars exists, it was built in the 1980's and completed, that is over 40 years old. Blackbird was obsolete in under 20 years. As these systems are even more advanced, then even the miracle hypersonic weapons of Russia are obsolete.

The Lame Cherry is not stating the Americans are safe as Iron Man deems them expendable like munitions as they get in the way of a General's dictatorship. People dying did not phase Woody Wilson or Frank Roosevelt in two world wars, so ignition events are possible. The United States is acting a great deal like they have a Ace up their sleeve in this game and want to use their toys, so they can have their homosexual anuses washed by the children of Moscow and Peking as Beys.

The Lame Cherry back engineers this on the psychology of actions which built this staged scenario as devious as all of these holocaust wars. The United States is not limited to nuclear warfare. The United States is an economic cripple, erasing and replacing the Christian Protestants, but is being kept viable yet until the Roman Union of Europe will arise. America is the barking dog in the yard as having a war purpose with their inherited Nazi invention.

The United States can not afford to prosecute a conventional two front war in Eurasia. The United States would be obliterated back to the horse age, as would Russia and China with hoes and pitchforks. That leaves another option in the hybrid war systems which never is discussed by all of these geniuses making war gamer statements revealing their limited insight into the subject.

The Lame Cherry has stated that it has projected the technology will be defeated in the United States by attrition and overwhelmed by events such as meteor clouds, which the elite are well aware of.

The pedos and fags are cocking off too much to not have something else up their asses than what is up there.