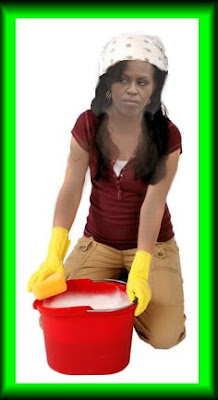 
That is most interesting as this blog noted as have others like World Net Daily in how articles and stories have been buried or scrubbed from major search engines in Google and Yahoo, but now the people of Axelrod Inc. have progressed to the literal scrubbing of their own websites and others like the Obama crutch site of factcheck.


All of this means is Barack Obama is employing a number of people to literally stalk the internet and monitor in Soviet terms the blogs of numbers of Americans freely implementing their First Amendment Rights as Citizens, which Barack Obama has never been one of as he was born British and adopted Indonesian.


The question that I would like to ask in this scrubbing by the Obama cleaning crew is:


Who is paying for this infringement on American Constitutional Rights in monitoring websites and who knows the depths of this if this is using NSA resources or gatekeeper hubs like CISCO?


To explain, as this is Barack Obama's website, are these government paid employees being used to monitor American's thinking online and then grabbing their little Muchelle Mop and scampering off to websites Obama controls to cleanse them of mistakes he has made in admitting he is British?
That is quite illegal use of government personel and resources.


Or, is this being funded by Obama donations in which donors are thinking they are helping to fund Obama 2012 and are instead paying for pizza eating geeks, smoking cigarettes and drinking bottle water all to cover things up Barack Obama is saying?
The Federal Elections Commission has statutes on such things in it is quite illegal to take campaign contributions and use them to spy on Americans to cover up things the candidate has admitted.


A further question in this is, just how is it that in Axelrod Inc. that Lawrence Sinclair had his benefits revoked from a campaign not even in the White House by federal agencies, in exactly the same mode that Hawaii for example seems to know exactly how to respond to questions in Axelrod dialect concerning Barack Obama's birth certificate.
Is Hawaii or other sites like Snopes simply clarvoyant or is a paid government official like David Axelrod making phone calls to Obama operatives in controlling them on the information flow.
That once again in direct contact is an abuse of power and quite illegal as well as unethical.


All of this is not just happening by coincidence but is highly cooridinated. My blog touches on subjects and information disappears in hours. World Net Daily starts stories exposing Obama's many birth hospitals and in hours the sites are shutting the information down and changing it.


It is one thing for a reader to browse sites for information, but a completely different Stalinist matter to have people hired in political circles reaching to tax payer paid government employees to be stalking web information and then using said resources and money to resort to things worse than even what Richard Nixon was ever even accused of in cover ups.


This Obama Axelrod machine which has been operating since 2008 in censoring email in Yahoo, phishing in Microsoft and now graduating to surveillance of Americans online is criminal and it is time questions get answered in who these mop women for Obama really are and who is funding this operation spying on Americans.


Barack Obama is leaving dirty mop prints all over the muddy footprints he left in 2008. It is time Americans demanded the complete information in who this cleaning crew is spying on Americans.