Back of the Line 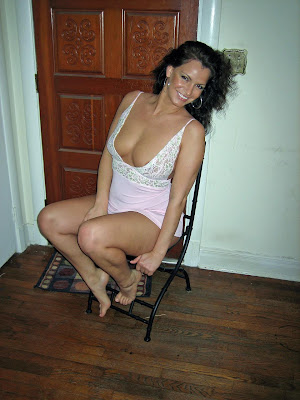 I was standing in a line today, and noticed a person I had gone to school with. I never bother telling people any more who this person is, as most are just as vacuous as they were in school in having their head's stuffed up their asses.
So I'm back of this kid, and I know his history in he has the nice car, nice house, and rather gorgeous Armenian looking wife named Susan, who is really just dark Irish.

Susan is the reason for the good life, as this dumb f*ck is exactly that, in he works construction, because his father in law runs the business, and father in law made his fortune in publishing.

Sounds like a nice deal, until you know Jamie, was in the penitentiary about two years ago, because the state police found this dumb f*ck's pick up parked on the road full of meth. Yes Jamie is a drug addict and dope dealer, but things like that do not matter as the lovely Susan keeps the baggage around, and the city just smiles at this refuse pile of sh*t, as things like reality just do not matter as you keep things around.

There was a fat mother ahead of him he was talking to, and I thought, "Yeah she has really good taste in people", especially as I was watching the waitress pile greasy old sausage on her cheese laden sandwich, as her fat ass 10 year old daughter was whining she needed chips or something.

The garbage of humanity and they have the nice cars, nice clothes, the money and the clique of common acceptance without absolutely no retribution in this world which lasts, and then someone like me comes along and gets judged about every thing there is.

I'm really tired of being an adult for a bunch of snots in this world. I have done nothing in my life, but done the right thing which has cost me everything from health to fortunes. God is a good God, but God for His purposes really treats me like sh*t, but that is fine as He is God and He is the only game in town, so when His will is to treat me bad, then that is His will and there is nothing I can do about it.

I have always done the honorable thing, as John Wayne would portray or as Christ taught. When people walk out, I walk in to be there, as I know what hell it is to be left to suffer or left to die, because no one in this world is like me. I don't say that to brag, as that is God's work in me and without Him, I would be trash like the rest of the refuse, but it grows increasingly difficult to deal with all of this as no one really gives a damn in a land of one jove among the ants.

It gets old in some Ginsu bitch arguing about murder in the Middle East that lynching is acceptable and the idiocy of it is not about murder, but a Joy Behar cunt wanting someone to notice her and tie her up for sex in her pathetic little psychopathy.

Then there are the pretenders who try to be me and fail, but they just have to be bitches and probe around in researching me, and when they don't find me, because they are half assed in investigation, then they start threatening me with what they think they found.

I once had an idiot West Virginian who kept trying to make me jump through hoops, as I can read people if they are open, but it requires a great deal of energy.........same thing with a little bitch in Ohio named Jackie who pulled the same sh*t and as I always allow myself to be put upon to help assist others, she would laugh when I got things wrong, but never figured out no one can read a goddamned lie and expect to find the Truth.

So I come to a point in this, in assessing the situation of God's brutality to me as I serve Him, that there are few options in reality as I can't get out from under God, even if everyone thinks they could do all of this so much better and always know how much better I would be if I just fit their mould.........same moulds that turned their lives into f*cking disasters literally, but I'm always the one who can be improved upon.

I consider things like as I'm already been pushed beyond what any normal human could endure, as it would have killed everyone of you, perhaps that would be the answer in going for vanishing point in ramping this up Spiritually one hundred more notches which would most likely shatter this physcial heart or brain to make this body cease to function.

Then there are the alerts I get from Google, just like all my emails in warnings about you assholes who are hacking me, and I consider it all and think, "Go ahead and steal this blog and face God and your end in hell, as your theft gets me to hell out of this witness program as I can't publish this pissy blog if stolen and I sure as hell am not going to audition again for one".

It is completely borish in to work this hard, and then have those frauds like Limbaugh paid millions of dollars for scripted propaganda on the right and left......money must really tell you great lies to believe as you destroy an industry in people's jobs and make you think other people's work is your own.

All of these f*cked up people in this world and I'm the one getting my teeth kicked in for other people's sins, and who stands in line being smiled at, but the dope dealer fresh out of prison.

When I was graduating, I got quite sick from the flu and went to the nurses ward. It was a nice experience as I phoned home, and was told by my dad that day, he wasn't going to come and get me.......as one of my friends in the office looked at me and said, "Geez you look like warmed over death".
It was quite lovely though as I was about passing out and some stupid greasy frump of a fat girl came and got me and said, "You have a phone call". So I struggled to my feet and went out to the phone upon which I had this guy start rattling at me, about a baby dying and things.

Just lovely all that as I was trying to figure things out, and finally came to it, that this was the dad of a girl in school who was quite pretty. Vonnie though had gotten knocked up by Jamie, who decided he didn't love her or want this little bastard as he had other things to fuck and choose from.
So Vonnie had that kid and she was a little thing, it died, and there she sat in love keeping that asshole around, and sure enough I got stuck in the middle of it on a very bad day of being left for dead again by my parent.........thinking well, maybe I can tough it out on the cot here, and as I have already puked, just shiver and crouch on a winter bus home for an hour later today.

Probably should have asked Jamie about Vonnie and told him, "Hey bud I got the call for Vonnie's brother as you were off f*cking some other cunt......bad day all around except for an asshole like you as you just keep being a son of a bitch and life keeps popping up roses, as all of these women just love Jamie and keep him around and around".

Yeah doing the right thing in this world has not gotten me a blessed thing, except when I go to bed at night I don't have to think about all the lives I destroyed or those people who keep the denial of my sinful memory in their hearts, to keep that fiction alive that they could not have been in love with someone who murders people.
I'm not going to change being good as it is a matter of honor, but this back of the line sh*t for assholes in front of me has run it's course.

No threat in this, but you people had better wish I don't get my wind back Spiritually, because you will rue the day in this, because Baby Sister knows the secret in if you had to deal with me alone there would be mercy in it, but God gets activated and you are thoroughly going to have hell to pay.

Maureen O'Hara: I was asking your opinion Jacob.

John Wayne: No, you made up your mind. You made your decison alone. You live it alone.

Maureen O'Hara: I was wrong. You haven't changed, have you, Jacob McCandles.

John Wayne: Not one bit!

things to other people and I require the same from them."