It isn't that Obama is a Gay Marxist Muslim 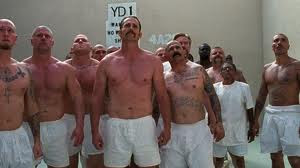 There are some loose ends which need to be tied up in Barack Hussein Obama's "full scholarship" to Occidental College which have come out in bits and pieces, but no one has ever assembled for a reality check.

The exclusive reality in the Brzezinski doctrine of the Carter Administration's importation of Muslims into America, that Occidental College was the intelligence community's gathering point for the southeast Asian imports who were to be conditioned into the anti American pro Marxist revolutionary 5th column, to be sent back to Eurasiafrica to foment revolution, so the Rothschilds with a young George Soros could rape those nations of wealth using the Marxist financial rapine.

John Drew actually met the young gay Obama with his Pakistani sugar boy of Chandoo in California. Drew would think Obama was a couple as he and his girlfriend at the time a Ms. Boss, with Obama having graduated from his first Pakistani roommate to Chandoo, whose family was filthy rich in providing a big house, fancy cars and nice clothes.

I do not will to focus on the reality of Obama was a foreign student scholarship, housed with other like foreigners from south Asia, on his Marxism, his Islam or his sodomy, as they are the glue in this, but what needs to be comprehended is there were "clearing houses" or colleges for these 3rd world revolutionaries who were supposed to be indoctrinated, go home and throw over their nations, all so the cartels would sweep in like Armand Hammer and clean up.
Some like Obama's Pakistani sugar boys, stayed in America, gained immense fortunes, and have been part of this gay Marxist brigade funnelling money to select depositories, and one of them was Barack Obama tapping into this for funding.

Occidental was the clearing house to flush out the dregs or also rans. The radicals with connection and talent, were then ushered into phase two in these south Asians at Columbia where Obama was still shacked up with Chandoo.
It is of note that the stated lure for Obama to Occidental was a girl he "met" while in Hawaii...........yes skirts are sent to f*ck chosen boys to convince them to follow them to other locations as boys think with their zippers, meaning you can tell a 3rd world arrogant bastard what is good for him, which he will rebel, so it is just easier to get some whore to f*ck his brain thought into him, and off to Occidental Barry goes.
Same situation with this mysterious blonde Obama was texting from Columbia in hooking up again. Stan Ann was a Marxist bar whore for the "cause" and these reactionaries will always spread their upper class legs for the wogs in taking one for the team............check back in this and just as Obama was a Chicago hostess for the elite for Lawrence Sinclair, Stan Ann was a bar whore, Madelyn Dunham banged her baby carrier for the elite Whore Island, those missing girls Obama speaks of are whores of the revolution.
If that came out, this would all unravel as that select honeypot willing group is finite in number and were passed around.

At Columbia, Obama was further initiated in the gay world, as this clique soon advanced beyond the Brzezinski indoctrination funds, Pakistani CIA covert funding for boy to Obama, to the reality that Obama's next step was to tap directly into the Saudi Islamic funds, via the cover of the black revolutionaries movement.

Obama was a college whore. He apparently was quite adept at it as he has continued this road his entire life from college professors to MSM white male reporters in gay sex. This is the underlayment of it all, but that which greased the gerbil was this revealed movement of Obama into America in tracking this selective service in how exact areas of America were chosen to dump this excrement of the world into the midst of the US.
It was not an accident that Minnesota is such a terror hot bed. It was this Brzezinski manifesto of dividing up the world, and dumping select radicals like Somalians into the Twin Cities in immigration and scholarships.

If you search intently enough patterns do form on the 9 11 terrorists in choosing select regions. By chance, I happened in my virginal years in this upon a very attractive female living in Florida, whose husband had just "died". We became intimate friends in her mentioning things like this husband was a Muslim. as of 1990.
She happened to be pregnant with his child at the time, was of Hispanic origins, and it was not until after 9 11 that the red lights started going off, in I had actually bumped into something over a decade before it was meant to play out. These imported 3rd worlders of revolution are B. Hussein Obama and they are crawling all over America, and are this mob Obama is unleashing in Libya etc....

This is the Brzezinski fold of Whore Island. No one has ever exposed this from enclave to enclave and from bastard to bastard as these prostitutes and sperm depositors rape America physically, educationally and economically.

They have no allegiance to America. Their allegiance is a sexually indoctrinated quasi religious melded Marxism fed by money they pimp and whore for.

Punta Hawaii preppy school for Barry to Harvard are all the damned circuit in this as Chandoo could not help but brag about a diaper school Obama got into.........and Chandoo was from Pakistan.

Another piece of the puzzle. Doncha wonder about all those intelligence handlers who nursed these gay boys and all that 1980 video?

"They" didn't get it all sanitized.

Double jointed
Posted by Lame Cherry at 12:08 AM