There is an Obama al Qaeda 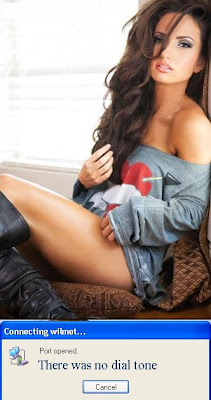 My children, in exposing that Barack Hussein Obama Osseiran AKA Barry Chin was behind the fag Muslim terror attacks on US embassies as part of his 2012 election theft campaign, intended to intimidate Christians from voting for apostate Mitt Romney, this blog has some more revelations and hard evidence who the new head of al Qaeda is.

To reveal a few protocols again of what this blog deals with, I write this blog often on a dial up, as in slow line speeds, it reveals how much company I have attempting to date me.....in other words the surveillance on this blog is exposed by certain things which take place.

For instance, since exposing Obama in his embassy attacks, I have had "NO DIAL TONE" on my modem when attempting to hook up to the main stealth server I have. I know the governments knows my location and my person in this form, but the reality is, they increase traffic in agencies when something like the Obama revelations take place.
My modem will not access the phone line, because there is already several government spiders jamming the line making it go "dead".

I will refresh your memories in my land line was being unhooked every five minutes this past winter in these spiders were hacking into the computer I have hooked up. I phoned the telephone company and complained, and they told me to unhook the main phone jack for 5 minutes.
There is no reason doing that would accomplish anything, unless the phone company was getting numerous complaints and the Bells knew very well that this was government illegal surveillance, and the only way to stop it was to break the connection so the servers would have to be reset at Langley etc....

As of the Obama revelations, I constantly receive server time outs and resets. Messages and texts simply lock up or disappear as the Obama spiders consume them all.
This is part of the protocols to intimidate, in letting me know I'm being stalked illegally, as the government is not this sloppy.
I though receive so much attention in being a popular girl, that numerous foreign and domestic agencies are bumping into each other and scaring each other.

What I will reveal now exclusively, is there is a new head of al Qaeda, and you will soon know his name. He rose to this position after a bloody power struggle, involving the narcotics trade and e theft of trillions of dollars from the Americans.
The grande finale was his assassination of the top Islamofascist heads, or taking credit for them in Pakistan and Yemen.

The new head of al Qeada terrorizing America and the world resides at 1600 Penn Avenue and his name is Barry Chin AKA Barack Hussein Obama Osseiran.

This is not a far fetched revelation, as Sheik bin Laden was a well known asset of the shadow CIA, and was known to visit America under the covert name of Tim Ossman.
Mr. Ossman was visited in hospital before the Gulf War situation after 9 11 by the CIA. There has always been a quasi relationship with intelligence and various assets, until those assets were turned by the Russians.

Tim Ossman was  turned by Dr. Zawahiri of Egypt, after Dr. Zawahiri was captured by the Russian FSB and turned to be their asset in Chechnya in the Russian Republic.
Zawahiri for the Russians was the one who convinced bin Laden to go to war against America and the Saudis for the results we now are engulfed in, in his Barack Obama inter Muslim tribal warfare. 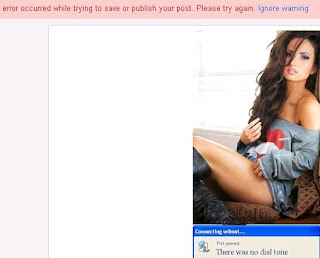 Yes this popular girls blog, constantly receiving from Google "failures" to  save the blog content while posting, because I have too many Obama agencies saving what is here for the massive files on Lame Cherry.

I can inform you also, that when I start posting on this blog about such things, that it does cause these Obama agencies to back off almost immediately, so I not only have Baby and the plasma minds, various mum and pop old nexus computers, spiders and various programs illegally spying on me as a loyal Citizen, but I have humans who monitor what I'm doing, who start becoming concerned at knowing higher escheleon spy networks have just caught them and in knowing that I know they are there.

Barack Hussein Obama with his Lebanese Osseiran connections (something Coast to Coast AM Lebanese George Noury is never going to inform you of) are now the head of al Qaeda in the network which Zbigniew Brzezinski created under Jimmy Carter to battle the Soviets.
Bill Clinton transformed the Muhajadeen into al Qaeda for his Kosovo oil war against the Russians, and it was Barack Hussein Obama who as Secular Muslim head, through mass assassinations using Predators and mercenaries in the US military, became the defacto head of al Qaeda, sometime in 2011.

Obama via his Berlin, London, Paris and New York benefactors, engaged in 2008 in the realignment of the international drug trade, so that al Qaeda would receive funding for the transportation of these drugs created by the Narco Communists like FARC.
Obama received 300 million dollars from the Middle East interests for his 2008 campaign via credit card scams which Americans were forced to bail out as the money was counterfeit, and this was all covered up in TARP.

For this 300 million, Obama was to turn over key Muslim Nationalist states like Libya, Egypt, Yemen and Syria to the Muslim Brotherhood Caliph for them to manage.
Barack Obama literally brought in al Qaeda to do the fighting and rioting, in these Muslim states, in a new world order of global feudalism, in which Barack Obama heads al Qaeda, the central European Ashkenaz financiers of the Rothschild launder the money from America and the drug trade, the central European aristocracy rules this in the west in forming the NeoRoman Empire, and in the east, Obama is implementing a New Asian Order as Barry Chin of the Chinoid Philippines, who Obama's real mother was.

1600 Penn Avenue is the headquarters of al Qaeda, and Barack Obama runs it.

If you notice, after Barack Obama purchased Sheik bin Laden's corpse and shot his stand in using the Obama SEALS, (Benazir Bhutto of Pakistan stated she was told bin Laden was dead for years and had been murdered by a Pakistani after Tora Bora.), that he has left Dr. Zawahiri alone.
That is because Dr. Zawahiri is managing al Qaeda in the east and he no longer releases any dogma condemning Obama, as Obama is his boss.

It is not out of the realm of possibilities that if Obama steals another election, that Dr. Zawahiri will appear "reformed" and someone Obama can deal with, and will be the President of Egypt, and at that point, Barack Obama will know for certain in telling people that Egypt is a US ally.
Egypt, until it is under the control of the Obama Osseiran merchants will be considered a competing Muslim mafia family. This is why Obama's strange statements come out, or sound strange in not ally and not enemy, because Egypt is neutral ground for Obama in his competing Muslim Brohood. Until it is al Qaeda controlled by the Osseiran assets of Berlin, it will not be considered "allied family ground".

So there you have thee matter anti matter exclusive tying this all up, in Barack Obama's Arab Spring, was not just about turning over nationalist Muslim nations to Islamocommunists. Not just about the NeoRoman Empire reforming with the Caliph managing Muslims for Europe, but it was about Barack Obama cementing his place as the leader of al Qaeda......in charge of surveillance using western systems and making war using western militaries, and unleashing for his 2012 campaign Obama's fag Muslims to intimidate the Christian vote in America.

Barack Obama has literally put BATF, FBI, CIA, NSA, Homeland and the Pentagon under the auspices of al Qaeda, and all of Obama policy proves just that. Barack Obama has turned thee entire Middle East over to al Qaeda, a group which Bush41, Bill Clinton and Bush43 were at feudal odds with.
Obama has retreated after bloodying the US Military to death, in disarming the American Soldiers and putting them into slaughter pits to allow his al Qaeda their pounds of flesh, as this was an old bin Laden doctrine in "dead for dead" was needed in one American dead for each Muslim dead.

You now have more information than you were ever supposed to understand in this being all tied up. It will be too much for the scared masses to deal with, but it is the reality of what has taken place in the overthrow of America.
The American Republic is dead, buried in the Obama Abyss. What now grows is this Obama Islamocommunist weed of the global feudal order. Barack Obama is not the head of this cartel, but he is their resident terrorist leader, and they deliberately created the 2008 meltdown to install him into the White House to bring all of his off.

Barack Obama is thee most successful occupant of 1600 Penn Avenue, not for Americans, but for the global feudal state. He never has been President of America. His true calling was terror leader of al Qaeda for the Berliner boys, and in 2011 he accomplished that.

Another Lame Cherry exclusive, filed from the brier patch and under attack.