Told ya Obama was behind the Embassy Attacks

Yes my children, from Islamocommunist for Obama who can not speak English, can not read Arabic and have no internet access, they somehow just show up outraged about a movie which has been around awhile.......and who hits the talking points but B. Hussein Obama to smear Christians in saying it was that "insane Pastor Terry Jones of Florida" when it was not his movie at all.

State Dept 'had credible information 48 hours before mobs charged consulate in Benghazi'...
Revealed: Inside story of ambassador's assassination...
Sensitive documents go missing...
Exposed: Names of Libyans who are working with Americans...
'There were 400 attackers'... 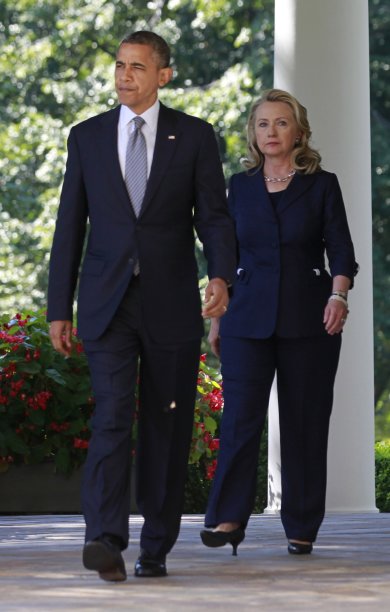 PAPER: U.S. WARNED OF EMBASSY ATTACK BUT DID NOTHING

Yes the conclusive proof that Obama has been like Trayvon Martin staged event in prodding for this, all so his campaign could suppress some voting block.
You do recall Obama took out God and Jews from the DNC platform, was forced to put it back in, and who was outraged but Muslims?

Can we say PAYOFF from Obama to appease his Marxist Muslims.

Hey when no sheep are around, how about an Obama ambassador in ole Muhammed style.

I told you Obama staged this in an exclusive for the result of his 2012 campaign and this time you 15 second attention span children it only took a day to expose this so you know one thing......

All credit goes to God for the Inspiration.

The reality is this is beyond impeachment. This is a conspiracy of election fraud which has involved destruction of property, Hillary Clinton on treason charges, Barack Obama being a foreign asset plotting against the Government of these United States as Barry Chin, and the premier charge of multiple counts of homicide.
I would ask the Grand Jury to toss in an indictment of Obama for violating bin Laden's corpse in buying it and Obama charged for the rape of Lara Logan.

You got it kiddies. Lived in the future yesterday in my posting the blog and you read it before all this broke proving another matter anti matter exclusive was right.

B. Hussein Obama allowed these embassy attacks to incorporate it into his 2012 campaign to attack Christians to suppress their voting for Mitt Romney.

Obama was running around non stop acting like none of this mattered, in napping and joking, BECAUSE HE HAD THE OUTCOME ALREADY DIRECTED.