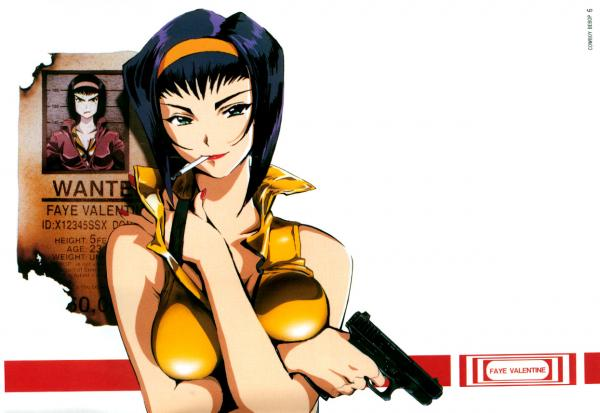 I came across an interesting quote from the Kaiser, the last Emperor of Germany, concerning his efforts to bring about not only advancement of all peoples, peace, prosperity, but an honoring of the leaders of Germany.
In that, with his mother's attention, he undertook the restoration of the Berlin Palace. The architect was Herr Ihne and worked perfectly in Empress Frederick's decorating ideas of, "any style is good as long as it is pure".

National symbols as much as cities are the identities of peoples, as it is the inheritance of the people. That is why the following quote, even if I understand the psychopathy just perplexes me.


"The restoration of the Picture Gallery, the last work of Herr Ihne— who died, unfortunately, all too soon— was not completed until during the first half of the war. The palace of my forefathers, erected at much pains and a source of pride to me, was later bombarded, stormed, sacked, and devastated by revolutionary hordes."


One can point to the things which Cromwell did in England, the things the communists did in Mother Russia, what took place to Saddam Hussein's palaces, to what the Obama factor did in Libya in that disaster, to the WATTS riots by blacks burning down their own neighborhoods, and, the beloved Joan of Arc in her relics were all destroyed by French Republican Revolutionaries, just what on earth is going through the minds of peoples when they tear down a Berlin Palace in a riot?

Now I know it is the venting of anger due to fears which causes this, but when a logical mind assesses this, it was these peoples enslavement which built those structures or at the greater good, it was the work of sound leadership as in Germany which produced the architects, industry, artists and royals who promoted this advancement, then why would a mob penalize themselves of something which was a product of value.

America witnessed this mayhem in the Obama Age of change, in which an America was set aflame and all was scorched earth, as what was prosperous and patriotic was all incinerated for an Obama welfare state which deified him.

Yes it serves great purpose for the Afroid to burn down the Korean drycleaner who cleans your clothes. It serves wonderful purpose to loot the United States Treasury leaving you the debt. What wonder there is to just blow up, loot and bring to rubble a Berlin Palace.
I am quite aware just as Obama's Muslim Spring revolutions were all instigated by agents of change like Obama, and as Obama is never short of money nor vacation, it is a reality that in those mobs which mass murdered Col. Khadaffi and his loyalists, that there are minders of the cartel directing it all from political and militant standpoints.

Meaning, one knows in the private rooms of the elites, that there is a vast array of "lost art" which either was obtained from the mob after the looting or spirited away in the heat of the fires, because the elite never miss a chance to profit in a crisis.

As another Lame Cherry exclusive I will not elaborate on in matter anti matter, upon inquiry, it is said that this Obama regime has 'spirited away' key national treasures from the White House, Smithsonian, National Archives for the 'Obama collection', and for the benefactors of this illegal regime both in Europe and Asia.
Let the reader discern this, that forged Obama Birth Abstract was not the only thing generated for this regime, but some of the most key treasures of America have been stolen for collections and replaced with forgeries and knock offs.

Perhaps that might be a next Jerome Corsi thriller eh, "DOA JFK", "My Lively Adolf" and now, yes.....here it comes and I doubt I would be given credit or royalties in, "The Obamatiques Road Show".

The Lincoln material was premium and first to be replaced.

It is all heinous, but perhaps as not all of Joan's things were destroyed, perhaps Americans will be satisfied in looking at fake documents, inventions and treasures as they have a fake Birther in the Oval O.

That is probably the place to conclude this little intrigue with the reality that NSA had recordings of all of this, but the material has been switched out. The original evidence though still exists as that is they way it is played, but it is not in governmental possession.
That already tells those in the loop, exactly the list of those who could control this and cleanse it.

You missed all of this didn't you, when the Chicoms were asking for pieces of America from Hillary Clinton for the Obama debt. Yes you did my smarties. A way was worked out though for some incredibles to show up discreeting in Peking which are the originals.
Ah, so the Peking girls comprehend this, they did not start this horse trade for Obama money. Obama showed up with a shopping list provided by the benefactors. Obama had his own list of prizes. These artifacts were replaced over a two year period.
Some of the offerings to the Peking girls and others, were a reality of ......well that was already stolen and reproduced, so why not make a few more as bribery tokens to the not so bright natives.

Yes this is one of those fascinating Lame Cherry matter anti matter deviations you did not expect, but it was all before you already.
You thought they stopped at the forged Obama Birth abstract, two federal election vote flips and that e money Geither keeps forging.........not so my pretties, forgers need work too and they were quite busy replacing things in 2009 and 2010.

I wonder if Edward Snowden and the Control know of this little operation.


Oh yes, nothing from them for months, except following up tales  first produced here on Benghazi from Day One.

I am amused at the thousands of speed readers who stopped reading thinking this was some more boring German stuff, and jumped down to the end here and now are scrambling back up trying to figure out what they missed in being so smart.


Think you rich people would donate as it would be the intelligent thing to do as no one else is worth donating to on the information provided.


"I caused to be reproduced in its full size the Labarum (standard) of the Emperor Constantine the Great, designed in accordance with the researches made by Monsignor Wilpert: one copy I presented to the Pope, another to my Palace Chapel at Berlin. The latter was stolen from the chapel by the mob during the days of the revolution. The metal work was done entirely by monks, the embroidery by nuns of the order, both excellently."


Yes where did that Labarum go? It was not stolen specifically by the mob, but upon inquiry it was obtained by one of the aristocracy. They did not receive any Obama Lincoln artifacts, but something about the Woodrow Wilson and Franklin Roosevelt regimes did get offered up.