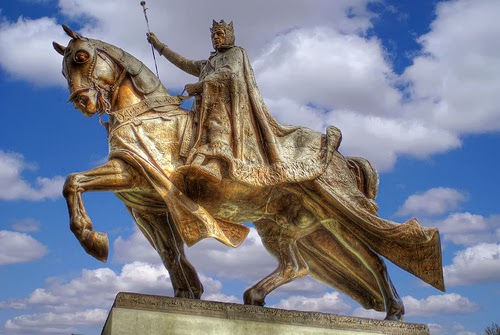 As another Lame Cherry exclusive in matter anti matter........

When the global depression which the world suffers from in the Age of Obama, plunges into the abyss from which it will never recover in the next years, by deliberate machinations of the feudal elite for complete control of the world's regimes and populations for exploitation, the genesis of the roots of this weed will be found namely in that Birther from Hawaii whose genetic parentage is not from Africa, but China in the person known as Barack Hussein Obama Chin.

Obama's real mama was a Filipino national of Chinese trader and Japanese imperial pregnation descent. His father like a Horn of  Africa sperm donation was not important, in that it was mostly Muslim Arab with a little Negroid added from the prostitution of those bush females.

The reality in this, this is why Obama Chin was praising China as his favorite economy, as that is what his genetic roots are based in. Obama always is drawn to the peoples he has affinity in genetics with, and that is the Chicoms of Peking.

In that, the foreign agent Birther Hussein, has the albatross of birds about the world's neck for China is no savior to the world, but a dead weight. China has no natural resources, no water and no technical ability of quality control. China is a pirate nation of resources and one can look from John Deere grease to Intel computer chips to find the resonating reality, that China steals technology and produces inferior knock offs which in the long run is a ticking time bomb on the world economy.

So you understand this completely in what this is, I will start with my adventure in cast iron. I grew up with American cast iron in Wagner pans. American steel was a marvel, for in it was the roots of a superpower upon the world stage. I know American cookware and by instinct I could comprehend that American steel heated up quickly and retained heat, with even distribution of that heat.
This might sound like an odd place to begin in the doom of the world, but I acquired a number of Chicom cast iron products during the cheap dump from China to ruin the other Asian productions and make America a money funnel into China. I was perplexed for I noticed right away that the Chinese cast iron was inferior in appearance in being "open pores" in the metal, and it required three times as much heat to bring it to cooking temperature.
This became worse in it required more heat to maintain a cooking temperature and it bled heat rapidly.

One would have thought steel and iron were all the same,  but what China was turning out was nothing what the old Griswold and Wagner pans of American manufacture were.

I have written of being perplexed in how the new American fighter jet, the F 35 was completed in testing in comments on the World Tribune before Mockingbird Robert Morton shut down my telling posts for propaganda from MIC. Yet during the Age of Obama, the F 35 has languished.
Now though we find out that the Pentagon started using Chinese communist parts in that fighter for American defense, and wonder of wonders, the jet started having chronic failures.

THAT IS the ticking time bomb in this world and it is what is taking place in China in everything they are churning out from inferior car tires, inferior bolts, inferior electronics etc... and the list goes on and on, as I have cheap Chicom flashlights which quit working on the third click to a most interesting adventure in TL's apartment as I was doing dishes one afternoon and the entire hot water assembly came off in my hand.
As the repairmen were working on the flood problem, we started discussing things and they mentioned how it was all Chinese parts and the entire complex was falling apart because of the less than specs parts.

TL had a carbon monoxide detector too, and that thing would go off when I boiled water or toast got too hot in the toaster. It finally kept going off one day and I got in the repairmen as TL was away, and they were telling me that these detectors were all odd in one went off when no battery was in it.
I repeat that last part in how in the hell does a detector go off with no battery in it?

Was it a spy device planted in mass to America or what was going on is still a question, but the thrust of this is, thee entire world has a booby trap from food from China to electonics from China to hardware from China which is a ticking time bomb, which has been costing the world billions of dollars from the consumer end and from the industrial end is costing billions of dollars in replacement repairs.......and yes what of billion dollar defense systems now depending upon no quality and no control.

The entire world is now filled with a situation which is akin to the sailing ship days when a ship would be anchored in the harbor and appear a ship, but on inspection you would find the entire hull was eaten by worms, so if you tapped it, it would disentigrate.

In the 1980 period, McDonald Douglas had a DC 9 and DC 10 series of passenger jets with three engines which were pushing out Boeing. This is where this all started in inferior specs, as suddenly the tail engines started falling off the planes in cities like Chicago and crashing into neighborhoods. The problem was bolts of inferior steel were simply breaking and off went the engine and down went the planes.

You can see this translated into the Obama Stimulus of 2009 in that trillion dollar money laundering operation to dump funds into Obama 2012 campaign coffers, as the city streets where I move about laid down that asphalt and now it is full of pot holes and is breaking up. That is what happens when a Chin in the White House is  crony capitalist with backers who are not being inspected and are putting down inferior asphalt costing a hundred  times more in the long run.

Project this out as this Lame Cherry exclusive in matter anti matter has alerting the world to this. When it was Japan and North Korea, one could trust those free societies in manufacture in most cases. Terrorists can not be wrong in they chose the Toyota as their war machines because they never broke down.
What is taking place now with these communists of Peking which Obama is kin to, is thee entire world economic system is breaking down every day in costs as Chicom products do not last in they are cheaply made. What happens when this permeates the entire system of production as it is, from 10% to 50% due to attrition?
Do you now comprehend that there comes a tipping point in Obamanomics from Peking, that if industry, farming, defense and communication start being unavailable that means the basic necessities are going to vanish and in that vanishing the world economy will stop.

Certainly Birther Hussein destroyed the American economy so his Eurasian masters would not have to attempt it at war for their supremacy, but we are facing now a global doom and it is all based in Chicom Obama economics in massive debt and Chicom manufacturing in massive breakdowns.
When charted there is a tipping point where in domino economics it all falls down.

I will coin that phrase on the Lame Cherry for all to use, DOMINO ECONOMICS, as that is what it is. The entire finanicial, industrial and farm economic structures are poised to all fall down, as the underpinning of them is filled with rot like a wooden ship full of worm holes.

Project this out, in every Chicom part is going to have to be replaced. When it comes to your Walmart poison food from China, how do your replace your rotting intestinal system eh?
In a collapse of epic proportions, you will be faced with at least a five year turn around as industry will have to return at higher expense to nations of Anglo American, Slavic or Russian manufacture in quality control, and that means rebuilding everything from the ground up.......as of course China begins an implosion with an angry billion population having tasted the west and back to Chicom starvation wages.

Japan is aging as are all industrial nations and South Korea is in a precarious situation, so those nations are on the volatile Chinese revolution doorstep are not to be depended upon for restarting all of this.

No one has pointed any of this out in the Obama Chicom rot which has been incorporated into the world economy. It is the reality and it is a disaster prepared and will take place.

The doom of the world are the two things made in China, in the Designer Negro Birther Hussein Obama Chin and all of those inferior parts, both dumped into America and are fueling the global demise of all peoples.
It will all fall down as it is rotten to the core.

I doubt I will be nominated nor win a Nobel Prize for this exclusive in Lame Cherry matter anti matter either eh?

So er ah, maybe you wealthy people who think you are above all of this should be donating that 350,000 dollar e check to me at Paypal, as I just told you that perhaps you should maybe be putting in a cache of quality control products to replace your toilet flushers so you do not have to be shitting in a hole in your lawn with the dog sniffing your ass.
It would be pleasant if you acknowledged that I am saving you by these revelations only found here.......well until they are plagarized in another year by Mockingbird media who will suddenly discover all of this.