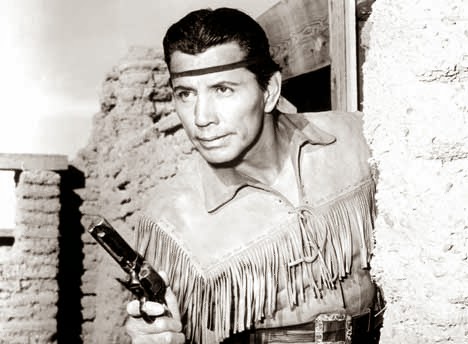 I am cold. I am exhausted. I am sick and I am in no mood as I got disappointed again, and, I got woke up because TL was checking Paypal and is upset as I got lectured at again. So let us delve into something non related at this time in Christian Bale playing a "christian" character in a movie I care nothing about.

Christian Bale lives with a girlfriend who wants a baby.

I Corinthians 6:9 Know ye not that the unrighteous shall not inherit the kingdom of God? Be not deceived: neither fornicators, nor idolaters, nor adulterers, nor effeminate, nor abusers of themselves with mankind,

Like all sex sins, men fucking women outside of one spouse in one marriage gets you in hell and that ain't Christian.


Christian Bale takes revenge for his idiot criminal brother, who Christian Bale continues to associate with, and is does not make any difference how much you  care for a sick daddy or work at a job, those are the 10 Commandments, not 10 suggestions to being a Christian.

Romans 12:19 Dearly beloved, avenge not yourselves, but rather give place unto wrath: for it is written, Vengeance is mine; I will repay, saith the Lord.

So that refuted with Scripture that the Indian movie which contains a bastardized "christian" Christian Bale like all of Hollywood......but if you do want to weap over a character and watch a Christian movie, Joseph Finnes starred in Martin Luther, which has no whoring by a real person named Martin Luther and no twisting of Scripture to fit a fiction about the noble savage.

I really thought from past attempts to bitch slap me, that people who lay the money down would have figured it out that I will not be manipulated to carry the flag of some subject they care to propagandize, nor figure out that I am not going to stand abuse without putting all the sinful illusions in public as people cast stones at me.

Maybe there is a reason some subjects are not covered here, because people will not like the Truth of their pet manifestations they find affinity with, and the Truth is going to shatter their illusions just like Jesus did a great deal of breaking the delusions up of people.

If people want to know what the Basque are as a people, there are things called search engines for the fiction in the stuff dreams are made of, as for some reason my being poor, sick, exhausted and put upon, I have no interest in a non Inspired subject.

The Basque are championed as peoples of strong genetic nature. Yes that means close relatives can interbreed without genetic mutants appearing. A very admirable trait until you back engineer it, and start pondering how does the world know the Basque can have sex with siblings and cousins for generations, unless of course incest was rampant.
Once again, not Biblical, but once again when the propaganda comes off, it takes on a different light even in a perverted world.

The Basque who I have nothing against make good sheepherders. Considering their reality is they are always termed "Basque separitists", but exist under Spanish rule......a dominion that Filipinos, Mexicans, Latin Americans, South Americans and Andorans threw off in being the sheep of the world, and as La Salle termed the Spanish as a group of faggots who any people could run off, then it comes to the Basque in the reality of their being sheep of the Spanish pasture, because they could not overcome a nation of effeminates.

So the money's worth is paid, I did inquire on the Basque. They are of that Phoenecian order, Hamites in origin without Semetic blood as in not Israelite. The reason they are sheep is due to the curse of Noah on Ham for being head of a bunch of sex perverts.

Genesis 9:22, 25 And Ham, the father of Canaan, saw the nakedness of his father, and told his two brethren without.
And he said, Cursed be Canaan; a servant of servants shall he be unto his brethren.


As I stated, I have nothing against the Basque, they are good for herding sheep. They can be saved by confession of Jesus as their only Lord and Savior, like any people.

I will though not be put upon. There are things posted here and not posted here for reason. You get your feelings hurt, well who in the devil's hell started this foray into this adventure as it was not me. I am a firm believer in the advice John Wayne's father gave him, and that he reiterated at the beginning The Shootist.
I will not be put upon. I will not be laid a hand on. I do not do these things to others and I require it will not be done to me. If am insulted, then it was not an accident as the person damn well meant to insult me.

Now as was posted here from The Cowboys, take the advice and stop attaching yourselves to millionaire fictions who you are contending for who do not give a damn about you as you will not be getting a Christmas card from him celebrating Christmas as he does not know who the hell you are in this delusion.
Stop being a whining whelp and get on your hind legs. You got your comeuppance and do not be a fool in striking back as it will be more exposure. Take it in wisdom and stop looking for fight and deal with the turmoil within.

That John Depp looks like a fricking Psycho Tonto. Jay Silverheels was cool in playing a real Indian who talked chuck like all Indians did.

I do not have time, energy nor health for this.