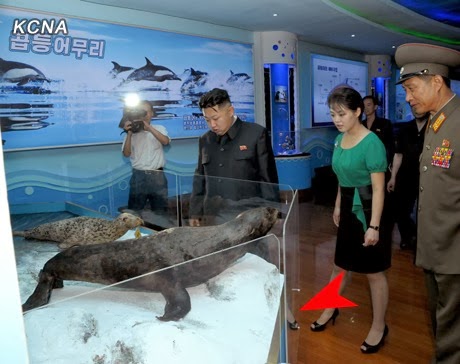 In another Lame Cherry exclusive in matter anti matter........

In what would be a most interesting choice of timing, Attorney General Eric Holder as of midday Thursday, February 27th, was rushed to the hospital feeling faint. Later reports placed this in the area of chest pains, which of course is Julianne Malveaux not that uncommon for black men, as she wished for such things for Justice Clarence Thomas.

Upon inquiry, I was curious as to if anything was behind this, as Eric Holder had on the 26th espoused insurrection against the Constitution of the United States and each of the 50 states in informing the States Attorneys Generals to not enforce the laws of the United States.
This made on ponder if the Edward Snowden group were initiating something or if perhaps some Mexican cartel in Gun Runner was seeking retribution in the Don of Mafioso Mexico has just been captured, or better yet detained, as there was a little matter of that cobalt radioactive material in Mexico and other nuclear things crossing the border by Persian Islamocommunists which were at odds with the Obama  regime policies rewarding Persian  Marxists, but not allowing them to vaporize parts of America.

I digress, but that is another Lame Cherry exclusive on another subject to let you know what was behind that arrest and the Mexicans not turning Poncho over to Holder.

To save time in this, what Eric Holder was experincing today was a bit of a heart palpatation brought on by a previous intercourse with North Korea.

Yes the Boston Blow Job is once again linked to this in Holder in his NSA isolated cell had hired North Koreans to plant bombs in Boston, in order to gain world sympathy, so the Obama regime could blow up things in Pyongyang and in Unland.
That is not the entire story, as sometime before Dennis Rodman was biologically sent in to send Kim Jong Un to the great mummy display in the capital, someone in the Obama regime had tried to off Kim Jong.

What Holder's chest pains were, and are, are a chemical induced heart attack, by North Korean agents at a public event. It was not digitalis, but it will show up on toxicology reports in what was used in the attack.
Holder was not supposed to be terminated, but this was a friendly reminder of all the crimes the North Koreans can expose, if the hush bribes are not promptly paid to Unland.

North Korea is holding all of the cards, and the Boston Bombing proved such a disaster for the Obama regime that MIC engaged Edward Snowden with Vladamir Putin's cover to slow this out of control regime down. The Boston Blow Job is what saved Syria from being another scorched earth controlled by Obama al Qaeda, and other such things, that the full dictatorial fury of the regime was turned back onto making Omerica into Sodomerica on a domestic agenda.

North Korea has carte blanche, as only this blog, followed weeks later by Joseph Farah's World Net Daily even pointed to the North Korean connection to the Boston Blow Job, and only this blog linked it directly inside the Obama regime and Eric Holder running the operation at NSA.

Back in the day, before Ben Afleck was jigging before Congress over the Congo, there was a time when Bill Clinton just wrote checks out to North Korea for nuclear weapons, as Jimmy Carter negotiated the bribery America would pay.

I need to say something in I have been watching Mrs. Ben Afleck as late, and Jennifer Garner is a horridly horse jaws woman with horse teeth. She runs like a cyborg and is attractive as only something Ben Afleck could be attracted to in a male. His 6.4 frame now getting jowel chubby, as he has this dazed and confused look constantly trying to assemble propaganda his pea mind can pod out, is like watching the old lounge lizard couple trying to sex it up as one attempts not to vomit ghetto green from Appletini's.

I digress, but in discussing this with TL, Alias was so miscast that I wonder at the career Garner and Afleck garnered with their puffy lips as both were on their knees doing Woody's Allan to producers.


In George W. Bush's time, it was simply a matter of ignoring and scaring Kim Jong Il. With Kim Jong Un, and Obama giving away the east Pacific, and using Japan as fodder for China to chew on in "Obama interests", which is another Lame Cherry exclusive in I told Japan to build 2000 thermonuclear warheads for Chinese delivery years ago.....but again I digress.........but am proven right again...
With Kim Jong Un though, and his love Kim Jong Un wife and Un child as she was pregnant last news reports stated, Unland now just does not threaten nukes,  but instead employ operations on American soil to blackmail the Obama regime, and send in friendly chemical agent reminders that the protection money is due.

So that is what is behind Holder's flapper heart. It was friendly reminder of an Obama IOU to North Korea and the North Koreans will be paid like all of the other bribes from this regime, as in Egypt.

That should be enough of this drama, which really does not interest me as I have bigger prey and am designing a 330 spring activation, but the weight of it all is the factor in do you want to capture the rascals or let them take the bait and only go for the real fang and claw.
No I am not asking you, as you have no idea of such things.

Your purpose is to donate that 350,000 dollars in the people with money in the millions, so that you then pay for all the information your brains are consuming here.

Rush Hudson Limbaugh III though did comment late on Eric Holder.......how snarky as Limbaugh had his heart tuned in Hawaii that time he tried to urinate on Obama.........golden shower soap dropping.....no comment.
OK as I told you before, Limbaugh put himself out there in Hawaii for a little surf and suds, the same way he tried to get Obama to invite him over for his back nine.

This is about Eric Holder though, so stay on subject.

North Korea contracted with the cartel, using American trained agents in industry, to deliver a huff and a puff to deliver the heart beater........this was not eaten, drunk nor absorbed. I was inhaled according to inquiry.

nuff said, except DOnate!!!!!!! PBS local gets like 500,000 dollars for their fests, and I have just as many people with money.