Is that Sugar, Shit or Cream with your Coffee Latte? 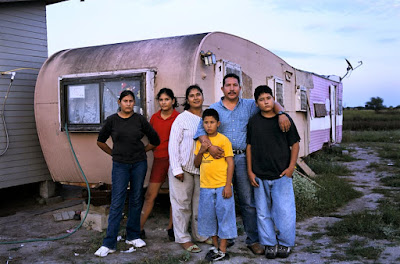 A number of years ago American icon Paul Harvey noted that Americans should always wash their bananas due to the fact that the Latin American vermin often used the bananas to wipe their rectums with on the docks, as there was not toilet paper on the docks.

The outbreaks of food poisoning on yuppie salads were blamed on hog manure spread on fields, but the fact is that in Mexico, human feces is used as fertilizer as it was in Japan this past century as it was available and something had to be done with it as there was not a septic system.
All of those wonderful Mexican farm workers which the liberals parade around as pets, equally shit in the fields, rather than finding OSHA toilets, and cabbage leaves as much as spinach are the available toiletries.

There is a simple fact that in the 3rd world from Islam to Jesuit Latins to Africans, that toilet paper is not heard of and an expense not engaged in, when there are so many things to wipe with, including hands.

I remember a first hand account by a person I knew who worked for the Buffett railroads who said a Mexican was on the tracks working with them, pulled his pants down and shot a stream out of him like a goose, and never wiped, but just pulled his pants on and went back to work.

The fact is, is that while toilet paper is not engaged in by these invaders of the United States, neither is the wasted time of washing the human feces off their hands.

Why this is an issue again is one which absolutely delights me, as BBC's Watchdog group collected some samples from coffee chains, as in Starbucks which employs all of these third world vermin from Indians, Muslims, Negroids to Latins, and discovered poisonous amounts of human feces in the Starbucks coffee, which the Obama Clinton and #NeverTrumper voters are putting to their lips in volumes daily.

Samples taken from various stores found changeable levels of contamination. Head of policy at the Chartered Institute of Environmental Health Tony Lewis said that the amounts were “concerning.”  He added that the bacteria “should not be present at any level – never mind the significant numbers found.”

That is what absolutely delights me, because there is nothing like all of these rich people, who employ cheap labor as nannies in their homes to workers in their mills, eating shit. As it is at Starbucks, it is the same nanny feeding you the shit of your own child, as you might be too good to change a diaper, but you and your friends will be eating your toddler's turd smears for lunch as nanny does not wash her hands, no more than Ajit at the computer programming washes his hands after shitting and smears that all over the keyboards at Microsoft or Disney for a curry flavor shit stain.


One must understand that all of these 3rd world shit on their hands in the 1st world are immune to all of this feces as they drink it in the Ganges or serve it up with tacos every day, as that is how Mama keeps her fingernails clean in it goes into the tortilla she is making for her hordes. So they do not have a problem, but suddenly you get the shits for a few days or your kid is shitting blood and you are wondering where all this stomach death is coming from, but it is on your keyboards at work and it is coming from the cabbage slaughter houses to the poultry processing plants, because all the Quadroons are gone from the low paying American jobs, as American Blacks were taught to wash their hands in being clean, now it is this vermin of the 3rd world embalming feces into everything you touch and everything the rich people eat.

Just imagine what your caterers, your 100 dollar a plate restaurants and your 50 dollar a shot cognac has in it, because it all tracks back to the 3rd world vermin washing dishes, and why should they wash their hands after getting shit on their hands, as they are going to wash in the water that your crystal going to your lips is in.


Last week, Starbucks renewed the pledge it made on January 29, 2017 to hire 10,000 refugees, after President Trump announced his temporary travel ban. The former liberal CEO Howard Schultz wrote an open letter to employees that stated, “We are living in an unprecedented time, one in which we are witness to the conscience of our country, and the promise of the American Dream, being called into question.”


So enjoy your reality as you import all of this 3rd world vermin to make a buck off of, as that buck includes now excrement on it, and it is in your purses, on your expensive clothes and soaking into your skin. It is the world you created of toxic death.
It amuses me even more now in thinking of those inferior DNA beaners I observe who pick up everything in stores, got their kids rolling around on the floors in all that filth, and those kids never get sick, but they are transferring it to everything a liberal touches and the wonderful part is, it is transferring to all of the non donors on this blog who think they are getting away with stealing from God here.

Yes your sins will find you out, and it is not in parts per billion, but parts per hundreds going to your lips, touching your genitals in these 3rd worlders try on the underwear you just purchased too and are busy contaminating your car they parked or the keyboard you just touched. 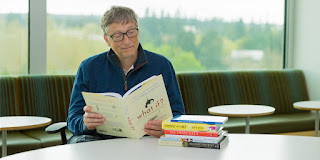