The McCabes Attempting to Elude Arrest by US Prosecutor John Huber 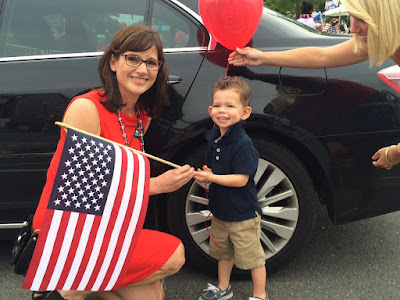 As a physician even I miss aborting some mutants in the womb
that is why I want to be a Senator to abort mutants out of the womb.


I personally would be  incredulous in how stupid and amoral Jill and Andrew McCabe are after the snowflake denials that their shit comes wrapped in Lady Godiva foil making it chocolates, but Jill and Andrew McCabe in their joined at the hip defense that they "dindo nothin' wrong", clearly are leaving the appearance of being so vacuous of life, that they must believe in Santa Claus, the Easter Bunny and really believe that Obama was born in America.

For the facts in this, the legal facts Hillary Clinton is a criminal and was about to be indicted, except Andrew McCabe,  with Jim Comey and Peter Strzok created a massive cover up and then engineered a coup against Donald Trump and framed innocent people like Mike Flynn, in trying to bring down the Government of the United States.
In exchange for this cover up, Hilary Clinton paid Jill McCabe like a million dollars to implicate her, so she would keep her mouth shut as everyone knew this loser was a straw man.

The McCabes are guilty of obstruction of justice and taking bribes. Paul Manafort did nothing compared to a coup against the American People.

Yet in this, the McCabes are in the Washington Post claiming innocence and in that is the Lame Cherry exclusive as these people are not that stupid. The McCabes are backstabbers as Jill McCabe just outed the FBI ethics employees colluding in this, as they said it was ok for her to accept bribes from Hillary Clinton, which should endear the McCabes to the FBI internal affairs, but the real game of Andrew and Jill McCabe in these Washington Post fictional accounts is to TAINT THE JURY POOL.
The McCabes with the Washington Post are brainwashing potential jurors as they are plotting to tamper with the jury before the jury is seated.

The situation is though depends upon what the McCabes are counting on, in the Inspector General in DC or Robert Mueller in DC will indict the McCabes so their trial will be in the District of Columbia in the same group lynching Trump's people.
This makes sense now, but it also is a point that the McCabes are committing felonies in jury tampering and this is malevolent and deliberate. Mueller's people will throw the case and the McCabe's go free. If the IG indicts them, the McCabes get of due to clever jury tampering involving the Washington Post who is known to commit crimes as in smearing the innocent Judge Roy Moore.

This criminal strategy of the McCabes will work, unless of course Jeff Sessions proves to be genuine and John Huber indicts the McCabes in Utah, and hauls their tampering asses out to be judged by Mormons.


Just remember these whining McCabes are not stupid. They climbed the liberal ladder and were rewarded. The only reason they would be publishing these convoluted snowflake denials is to tamper with potential jurors. I do hope that John Huber has taken notice of the McCabes, that they blamed FBI ethics personnel and that they are doing their damnedest to tamper with the DC jury pool and think they can get away from John Huber.


I am an emergency room pediatrician and an accidental politician — someone who never thought much about politics until I was recruited to run for state office after making a statement about the importance of expanding Medicaid. That decision — plus some twisted reporting and presidential tweets — ended up costing my husband, Andrew, his job and our family a significant portion of his pension my husband had worked hard for over 21 years of federal service. For the past year and a half of this nightmare, I have not been free to speak out about what happened. Now that Andrew has been fired, I am.
Andrew and I met as sophomores in college, at Duke University. He was interested in law (eventually law enforcement), I in medicine (eventually pediatrics). Andrew’s a reliable Republican; I have voted, over time, for both Republicans and Democrats.
As we have raised our children, I tried to vote more regularly and pay more attention to the issues that affect our community. And with my work in a hospital emergency room in Virginia, I saw the impact of how government decisions hurt my patients, especially when the state decided not to accept the federal government’s funding to expand Medicaid.
I was providing care in the most expensive setting — the emergency room — and only once a patient’s condition became more serious, because he or she had no other options. In addition, our state’s decision was increasing the cost of health care for everyone, ultimately raising prices, premiums and taxes, while thousands of patients suffered. The whole thing just made no sense.
One day in 2014, an entourage of politicians came through the ER, and a reporter pulled me aside to ask how Medicaid expansion would affect my patients. I did not think any more of it until a year later, when I received a voice mail asking whether I might be interested in running for the state Senate.
I was stunned — I went home and told Andrew, and we laughed about how crazy that idea was. A few days later, I got another call: Clark Mercer, chief of staff to then-Lt. Gov. Ralph Northam, asking me to at least speak to Ralph, who is a pediatric neurologist. I was moved by Ralph’s story about how he had used his medical background to advocate for the needs of the children he serves.
I started to become more interested, thinking, “Here’s a way I can really try to help people on a bigger scale than what I do every day.” While I was considering the possibility, Andrew and I went to Richmond to meet with various politicians, including then-Gov. Terry McAuliffe. The subject of Hillary Clinton never came up — the story about her emails had not even broken when I was first approached by Northam. All the governor asked of me was that I support Medicaid expansion.
Still, in thinking about running, one of my first concerns was Andrew and his job at the FBI, where he was the assistant director in charge of the Washington field office. I said to Andrew, “If you think this is going to be a problem for you professionally, even if it’s allowed, I won’t do it.”
He consulted with the ethics experts at the FBI and committed to follow their advice. We tried to go even beyond what the rules required — Andrew kept himself separate from my campaign. When the kids and I went door-knocking, he did not participate; he wouldn’t even drive us. He could have attended one of my fundraisers but never did. One day he put on a campaign T-shirt so we could take a family picture and share it with my proud parents. You may have seen it — it seems to have taken on a weird life of its own — but that was it, just a family picture at a swim meet.
Meanwhile, my campaign received funding from the state Democratic Party and the governor’s PAC — on par with what other candidates in competitive races on both sides of the aisle received. All those contributions were publicly reported. And of course, again, Clinton’s emails never came up — if they had, I would have found that alarming, immediately reported it and likely pulled out of the campaign. I know enough from being married to Andrew for 20 years to know what is right and what is wrong.
I lost my race in November 2015. It was disappointing, and particularly hard for me because I have always been the kind of person who gives everything her all. But I felt good about my effort and enjoyed returning to normal life.
Almost a year later, everything changed. A reporter called my cellphone on a Sunday in October 2016, asking questions about contributions to my campaign and whether there had been any influence on Andrew’s decisions at the FBI.
This could not be further from the truth. In fact, it makes no sense. Andrew’s involvement in the Clinton investigation came not only after the contributions were made to my campaign but also after the race was over. Since that news report, there have been thousands more, repeating the false allegation that there was some connection between my campaign and my husband’s role at the FBI.
After the 2016 election, I thought for a while that it was all over — at least now that President-elect Trump won, he would stop coming after us. How naive that was. After then-FBI Director James B. Comey was fired, we knew that Andrew could be the next target of the president’s wrath.
Then the president started tweeting about how the contributions to my campaign made it clear that Andrew (and all the senior leadership at the FBI) were corrupt and that he should be removed. It went one step further in the days before Christmas, when the president made threats related to my husband’s retirement.

To have my personal reputation and integrity and those of my family attacked this way is beyond horrible. It feels awful every day. It keeps me up nights. I made the decision to run for office because I was trying to help people. Instead, it turned into something that was used to attack our family, my husband’s career and the entire FBI.
Nothing can prepare you for what happens when your life is turned upside down by current events. Nothing prepares you for conversations you have to have with your teenage children. Nothing prepares you for the news crews staking out your house, your back yard, your place of business. Nothing prepares you for the fear you feel every time you receive a package from a stranger.

I have spent countless hours trying to understand how the president and so many others can share such destructive lies about me. Ultimately I believe it somehow never occurred to them that I could be a serious, independent-minded physician who wanted to run for office for legitimate reasons. They rapidly jumped to the conclusion that I must be corrupt, as part of what I believe to be an effort to vilify us to suit their needs.
Throughout this experience, my work has been a sanctuary. I walk into the hospital, and everybody there knows me as a professional. The patients know me as a doctor and not a news story. It is not easy, but I have to put all of our challenges aside to focus on the patients and families I treat.
Now that I can speak on my own behalf, I want people to know that the whole story that everything is based on is just false and utterly absurd.
No matter what the path ahead, I have faith that our family will get through this. Despite everything, we are closer than ever. Andrew and I have amazing children and a support network that knows who we truly are. We will not allow ourselves to be defined by a false narrative.

While I have no intention of running for office again, I believe in what my campaign stood for, and I still hope we can see our way to Medicaid expansion in Virginia. The patients who inspired me to run continue to come to the ER every day, and they need our help.