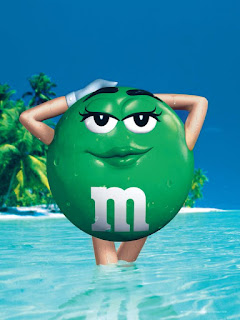 
M&M has been sharing with me the past months his astute system of market trends. I have been looking at the information and pondering the things he has noticed. I know people think I ignore them sometimes when they share things, but I am instead pondering them.

In creating this blog, it is Inspired. TL will tell me things sometimes which I do not comprehend, because the Holy Ghost does not want it here yet. I listen and am moved and if the Holy Ghost is not putting ideas into my heart, then I am just sitting there listening to the wind blow.

There is something in these markets though which I do believe is coming. They will not crash again, except for a purpose as in 2008 for Obama and the centralizing of funds in Big Jew annexing little Jew houses of finance. The debt is at the same levels with hyper infusions of cash as in 2007 AD in the year of our Lord. The key is the housing market which is not homes sold to Americans, but are houses being flipped and sold to Donald Trump's Visa Vermin. You have to get this in the Bush Bubble, they were flipping houses and gouging ecotard Mexicans who signed papers, and could not make the payments. That is what the scam was. Homes sold, banks got the money and kept the houses afterwards.

In Trump era, it is these legal Visa Vermin in the scab wage jobs in the tech centers. They can afford the higher prices of this inflated market which Americans can not, but in the end they are not sticking around 30 years to pay off a mortgage as the Ganges is calling.

Once you understand the underpinnings of this, you will get the scam which is being generated in this Lame Cherry exclusive in matter anti matter.

See M&M's charts are character. The information I posted here was right, according to natural market forces. No corrections occur though, because it is a fake money pump market.
In the charts, even the artificials involved with human brains are leaving patterns that M&M is picking up. It is a cause and effect in watching the rythmn of AI's monitoring trends and correcting in navigating through the markets. There are always patterns and that is what is being picked up, a hybrid pattern, a CYMAN pattern, part cyber and part human. The first cyborg is already hear, and it is the stock market software with wetware.

Now for the exclusive, the markets have been tested for the past few years in spoofing. Spoofing is the ability to convince the AI's that trends are taking place, and for them to auto divest or auto purchase.


What is 'spoofing' the market? - Business Insider

Traders have been 'spoofing' the market and ... but they may be in there buying or selling at ... Business Insider Intelligence Exclusive On Artificial Intelligence.

It has gotten to the point that the Mockingbird is laying the groundwork for all the market experts one the CIA payroll, that the artificials just might crash the market.

Yeah so what you say, so the market crashes, it always does. Yes and every time that money does not disappear grasshopper. Everyone thinks the markets go down and the cash evaporates, but the cash is instead in the central banks and the lost value ends up on your poverty sheet.
What appears to be coming is going to be so epic, that the mob just might like to carry through with their old chant of hang the bankers and the politicians which is always brought out.
Remember the lies of Clinton Dot Com busts and Bush43 9 11 Busts, and none of these people ever went to prison. So what happens when it is a software program which gets blamed? Kind of hard to lynch that is it not? The public will be told the AI's are to blame, that their money is gone, and that Uncle Donald will take care of them as living on air is a good diet out of Gary Cohn's Goldman Sachs.

That is what the trends appear to be building in an epic collapse where the dog ate my bank account as the excuse. It will be blamed on an AI rampant sell which for some reason did not trip. Picture it this way in the insiders will all be alerted to this. Something like Apple will auto sell at peak numbers of 100 dollars. As the media sets off the panic, Apple stocks will plunge to 30 dollars which you will get. In the meantime JP Morgan types will be loading up on these cheap stocks again with their profits to gain control over their conglomerates again, and investors will be looking around as in the Dotcom bust in wondering how in hell they lost 50 dollars a share on Apple that they purchased, and they will be told this was a one time problem which will now be fixed by an expert Silicon Valley Panel, led by Mark Zuckerberg.

There will not be any spoofing to have anyone to blame. It will instead be like Mrs McCleary's cow kicked over the lamp and Chicago burned to the ground and not the real reason, no more than Nero burning down Rome and blaming the Christians. It will be a glitch of some firm just doing business with bad software and in a one in a billion chance it collapsed the markets.

I have not inquired on when this will be, but this is what the information online being posted is pointing to in the next great robbery. You have to understand in what this blog predicted in THERE WILL BE NO RECOVERY is come true in Trump gas selling has inflated the prices and eaten thee entire economic good will expansion. I told you a year before this took place and now others are whining about it.
Something is going to have to balance the books, and when stock market's crash, big wars follow to loot other nations.
The extortion is taking place globally. Syria is being robbed of her oil. North Korea will be robbed of her minerals. Iran appears is the next goose to be plucked, but there will have to be a war sometime as feeding this debt monster in only the elite are getting the bribes, does not deal with civil unrest. War and death in war are the only measures for real resetting of the economic structures as people will then want to die.

That was the long winded version of a one sentence post.