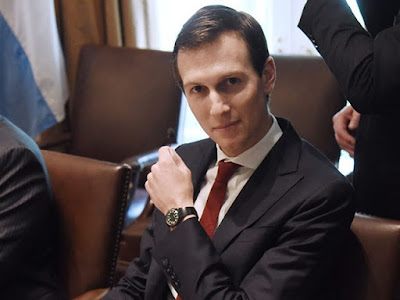 How bout some of dat fried chicken and watermelon...


I am not going to invest a great deal into this expose, but intend it as a reminder of reality and the reality that Cambridge Analytica was fingered for "high crimes", but what they did is software which still exists and another group now possesses and is using for even more nefarious reasons.
What this is about though is Steve Bannon recently fingered for suppressing the black vote via Cambridge Analytica in the 2016 AD in the year of our Lord elections.

Cambridge Analytica, the Trump-aligned data firm which was found to have improperly harvested personal data from 87 million Facebook users, and former Trump adviser Steve Bannon worked to suppress the black vote in the 2016 election, a former employee told Congress on Wednesday.
Christopher Wylie, an ex-employee of Cambridge Analytica who blew the whistle on the company's misuse of Facebook, told the Senate Judiciary Committee that the company offered strategies to discourage certain segments of the population from voting. He said that Bannon, who was CEO of the firm at the time, directed those efforts.


I want you to read that closely in the above as Bannon is reported as the person who targeted blacks with voter suppression. Yet in this story the story actually reads that Cambridge OFFERED strategies to suppress black votes, meaning with Steve Bannon in charge, Cambridge was not conducting voter suppression, had strategies offered to political candidates who wanted to purchase the psychological means.


Do not forget in this, that Cambridge was not Donald Trump's group, but this was Ted Cruz's group  at work.Let us not forget either that Cambridge used Amazon surveys  to collect their data. This was not a Facebook operation. Cambridge for all it was,  was another MI6 generated manipulative front into the US elections.

For those who forgot there was another person after the election who was taking all the credit for electing Donald Trump, and for suppressing Black voters.

That creeper was Jared Kushner.


But a large part of the team’s strategy now mirrors the negative slant of the larger Trump campaign. In the words of an unnamed senior official quoted by Bloomberg, they’re running “three major voter suppression operations,” aimed at lowering turnout among liberals, young women, and black voters.

So we have a former fag vegan employee of Cambridge who  has  come out as a British empire subject blaming Steve Bannon for suppressing the Black vote in America, in an MI6 operation, which the story states Cambridge did not do as they only offered strategies.

Apparently like pedo Milo though, Bannon and the Mercers just love faggots, hot steaming faggots at the ballot boxes.

He taught himself to code at age 19. At 20, he began studying law at the London School of Economics.
In 2013, he was introduced to SCL Group which would later create Cambridge Analytica.

Wylie is self-described as gay and vegan.
In an interview with The Guardian, Wylie stated that Rebekah Mercer "loved the gays, and so did Steve Bannon. He figured if you could get the gays on board, everyone else will follow...(like the) Milo Yiannopoulos thing"

Again to recap all of this, it was Jared Kushner suppressing the Black vote out of Alamo, along with other groups. Yet when Donald Trump needs the Kayne West Black vote for 2018 and 2020 to not vote for democrats, suddenly Steve Bannon  has a Canuck fag finger him for a crime which was not a crime, and it was all a cover to Team Trump would not have anyone reminding everyone that it was Jared Kushner who treated the Nigs like chimps in the zoo, in making them hide in their trees by banging on the cages.


Cambridge Analytica Ltd (CA) was a British political consulting firm which combined data mining, data brokerage, and data analysis with strategic communication for the electoral process. It was started in 2013 as an offshoot of the SCL Group. The company was partly owned by the family of Robert Mercer, an American hedge-fund manager who supports many politically conservative causes. The firm maintained offices in London, New York City, and Washington, DC. CEO Alexander Nix has said CA was involved in 44 US political races in 2014

See you blame Bannon, who allows it as strategy, to protect Jared Kushner to help the Trump campaign as Kushner's racism in 2016 would only cause a problem now in the new Trump Party of 2018 and 2020 of Blacks in the base, as Blacks might take offense that Jared Kushner is the one who tried to vote lynch them in a past election, compared to Obama shooting them down in the streets to riot vote them up.

As stated, this is another Lame Cherry exclusive in matter anti matter.