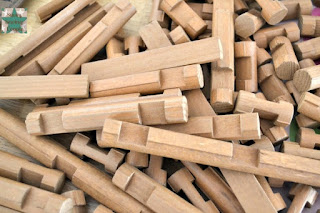 Paul messaged me and I apologize for not being clear about the Trump coup situation as how can Robert Mueller be plotting an October Surprise and John Brennan being the Ogre of the Opera.
No excuses here, but I have had a number of things going on here in fighting off a crippled up hip that tore loose and a new phase of satanic attacks. Personally I have zero interest in this Trump soap opera. After writing the time line to put him into the Oval Office, I have been kicked to the curb, and have been watching this disaster unfold without any passion for it.

Concerned and unable to reconcile posts " Will move to elect an impeachment democratic majority in November" and "The phantom of Trump's opera". Are they "about to destroy Donald Trump"? or will it be "the crushing wheel of the DIA.."?. Prayers for TL's lung condition and for your need for rest and comfort and joy and safety. God bless, Paul


What I neglected in this is who wants Donald John in power. Key things  took place these past weeks which no one put together. I will link them. You remember the Jew who used to sleep in Jared's fart sack? Yes Benjamin Netanyahu went to Moscow, told Vladimir Putin no missile sales and and Moscow stopped missile upgrades.

Next up we have John Kelly stopping Jared Kushner's intelligence briefings, and suddenly this Stephen Freidman gets into the President's personal adviser group as leader of Dyncorp, the biggest mercenary army in the world, and Jared Kushner's security clearance gets top level in a New York minute as reviewed by the "intelligence groups".

Jews that shot John Kennedy for keeping the bomb from them, are the Jews now that want to keep Donald Trump in power. Look at their two key policies by Gary Cohn:

Policy Two: The Jew mafia will make money off of North Koreas vast mineral reserves and the Jews now have the American nuclear arsenal aimed at Iran.


Your gas supply is now inflating to 3 dollars to gallon. As this blog alone warned, there will not be any recovery as this cancer eats the guts out of America. Putin's cash is being leveraged for Jew Street Bankers and it has moved ahead as the stopping of missile sales means that Putin's Jew mafia which Jared Kushner has been in bed with is gaining power in Russia.
Jared Kushner is Robert Mueller's stooge betraying Don jr. and spying on the President. Mueller has been targeting the rival Russian mafia in indictments, for the Jewish mafia to prevail.

If you examine Kushner's political roles, they are three:

First Kushner is there to implement Tel Aviv policy to end the Philistine problem with a final solution. Kushner is involved in the things Mexico exports in dope and human slaves, establishing them again in franchise and legalizing the Visa Vermin. Finally Kushner's advocacy for prison reform, might look at first linked to his crooked old man in prison, but this is about money. Think of it this way, in 3 million people in prison, at 60,000 a year for each one. That is more than even Jared Kushner can loose in a bad 666 investment.

What does this all have to do with Mueller and the Ogre, it is called keeping Donald John honest and a diversion to the divided masses so no one focuses on their being robbed, miserable and thinking revolution.  Better to keep the mob fixated on their guns, their baby aborts and will Kim or won't he.
I really think one of the negotiating points that Donald Trump demanded was a Nobel Prize to stick it up Obama's legacy arse.

See the DIA is the DIA. It still has associations. It cares nothing about you as you can become a competitor if you have money. It is just easier to keep the money in the cartel banks, spending it in Nazi conglomerates, to build super weapons to keep the DIA empowered as the Obama deep state was trying to make them a division of the Bank of London.


It does all fit together really because this is about building the new Trump party. We can be pleased in the rising misery as good things can happen. Rod Blagojevich might be finally able to join his family after Obama and Holder crucified him.

When it comes to pardons, Trump hints
he may just be getting started. Will
he throw Dems a bone?


Everything fits together and nothing Donald John does is by impulse. It is ALL planned out.


See I told you about this in what Donald Trump is completing as Webster Tarpley first noted on the Rense Program.