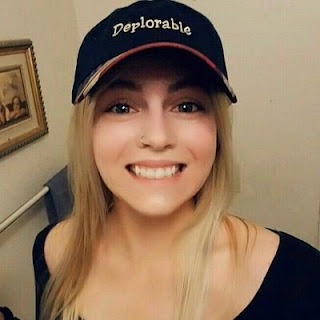 This blog is about to remind each of you things published here in which most of you did not want to believe, but the reality in Stefan Halper, a Bush operative being paid by the United States government to frame Donald Trump explains a great deal of a long list of high crimes against the United States.

When this blog informed you that President George W. Bush allowed Al Franken to steal a US Minnesota Senate seat from Conservative Norm Coleman for an Obama 60 filibuster proof margin for Obamacare,  everyone thought that was over the top.


Yet when this blog informed you that TWICE, 10 million Republican votes disappeared in Obama races to knock down straw men John McCain and Mitt Romney, none of you could see the pattern which was emerging in this deep state Bush Clinton Obama CIA fringe control of America.
The Bush fam is CIA. The Clintons were CIA assets and Obama was a CIA operative. If one observes the fine connecting thread through all of this, it is British politics in all of the Prime Ministers were either falsifying WMD reports on Saddam, goading America into war for British Petroleum or engaged in framing Donald Trump to install Hillary Clinton to start a war with Russia.


This Bush man has been a sleeper for the fam for decades, and when Jeb Bush was stopped from rigging the GOP primaries by Donald Trump, it was Halper who was  activated to bring down Donald Trump in a very complex operation which involved Theresa May' MI6, John Brennan's CIA, Israeli intelligence and yes, Bush fam operatives, along with Clinton fam operatives to create the Pissgate dossier.


Halper has close personal and professional ties to the CIA reaching back decades. He is the son-in-law of a former deputy director of the agency and worked on the 1980 presidential campaign of George H.W. Bush, who had served as CIA director.
When Bush became Ronald Reagan’s running mate, Halper was implicated in a spying scandal in which CIA officials gave inside information on the Carter administration to the GOP campaign.


Paul Singer arrived early in in this, in the billionaire looter of  nations for faggery. It was singer who funded Marco Rubio's first data mining operation against Donald Trump at Fusion GPS. Once Jeb was defeated, Rubio lost his VP slot as the "white" Ted Cruz, so the operation at Fusion was turned over to the Obama Clinton lawyers to funnel money into this operation.

But the money trail is not all from the fag billionaires as it has now been revealed that Bush fam had Obama hire Stefan Halper at the DOD to pay him for his framing Donald Trump. That part was brilliant as Harper was offering 3000 dollar paid junkets to Trump associate Papadopoulos to write papers on the Mideast in order to entrap him.
Halper was paid your tax payer money, almost half a million dollars for his kickback. That is  far better than the tens of thousands that Christopher Steele was rationed for his part in being the front man for the dossier.


What you are looking at in all of this, are the  people who overthrew the US  elections for Birther Hussein Obama. They assisted Obama and kept assisting Obama, while providing friction stories of how much Obama, the Clintons and the Bush's all hated each other. The evidence of collusion proves nothing was further from the Truth. When Obama flipped 10 million votes in 2 elections and the GOP did not squawk, that was Bush fam helping  the radical Obama's as that is what the cartel demanded of America to destroy all political competitors as Obama began a race war as a distraction.

If Obama and Bush fam had pulled this off for Hilary Clinton, 2017 AD would have witnessed the obliteration of Donald Trump and his family.
This much effort placed on framing Donald Trump was not for Trump alone. This was going to be a message to any one else who was going to self fund, that the cartel was going to take everything a billionaire had and crush him to the bone.
We never would have discovered any of these details as Loretta Lynch was at the DOJ, James Comey, Andrew McCabe and Peter Strzok were at the FBI and John Brennan would have been at CIA. The GOPliters led by Mitch McConnell would have allowed Trump to be crucified, again as an example that you do not go against those in power and survive.


It was Defense Intelligence which ran this counter operation. It is about to be another Lame Cherry exclusive in matter anti matter which people will sound like something out of the John Birch, but it is why the United States military moved to undo what was accomplished by this London Finance.
The crippling of the US economy in 2008 AD in the year of our Lord, was tested in Iceland, and then set loose in two waves in France, took down England and then crippled America to install Obama.
Instead of allowing natural conditions to rectify this 9 11 economic attack, Bush fam instead allowed a concentration of US wealth into the hands of the few, and the installation of communist Obama.

The key words to explain all of this is London Finance never got over losing their greatest prize to fillet. This is what Cecil Rhodes Round Table was all about, the return of America as the prize cow to serve the Rothschild banks of Europe.

So everything's humming along until a pain in the a** named Mike Rogers at NSA does an audit in 4/2016, just as the real campaign season is about to start. And Rogers learns that 85% of the searches the FBI has done between 12/2015 and 4/2016 have been totally out of bounds. And he clamps down -- no more non-government contractors, tight auditing on searches of NSA data. Oh sh*t! What to do, just give up? Well, not necessarily, but there's a lot more work involved and a lot more fudging the facts. What the FBI needs to do now is get a FISA that will cover their a** and provide coverage on the GOPers going forward. That means, first get a FI on an USPER [US person] connected to the Trump campaign (who looks, in [April] or [May] 2016, like the GOP candidate) so you can then get that FISA. That's not so easy, because they've got to find an USPER with that profile who they can plausibly present as a Russian spy. But they have this source named Halper.


This is what was behind the War of 1812, the American Civil War, why American leftists in Wilson and Roosevelt suckered America into two world wars. It drew America in, and kept robbing America to her core. The greatest nation God ever created was being hollowed out. Literally Russia was to meet the same fate, and both Russia and America were to be gulags where the resources served the feudal few.

It was Obama, the British subject, the Indonesian Chinoid who had been groomed to be leader of Kenya, who was installed when the opportunity arose caused by Clinton economic shenanigans, that America was overthrown from socialism to community organized communism. The United States was being overthrown from top to bottom and it was in this overthrow that the DIA engaged in a counter operation, meant to liberate America from becoming a colony of London again.

If you examine all of this, it all is the fact of what was taking place. It is why all of this operation was taking place in London and why dual agents in Stefan Halper were engaged, as this was a British intelligence operation as heinous as past rapines of America whether it was 1776, 1812, 1861, 1914, 1941 etc.... England has been at war with America perpetually and in each war, America is bloodied and becomes a step closer to the America which Benedict Arnold fought for.

That is the behind the scenes of all of this. This intrigue is supposed to end in a nuclear war between Russia and America, as that was Hillary Clinton's mission as was Jeb Bush's quest.


Until the reality that this is London with American's most powerful political families, their conduits in the deep state are engaged in acts of war and treason, the full story of this nor it's implications in the dangers for America will ever be understood.
For American policy, it would be better of Russia went to war with England, liberated those people, as the Scot became a people of their own, as the United States visited Ottawa in Canada and liberated Canadians from that gulag and the CIA installed a legitimate nationalist government with full gun rights in Australia again.

America is filled with a Tory elite whose allegiance is not to the People nor Nation of the United States. Until Americans begin thinking in terms of treason and high crimes, this will not be rooted out. This is the mission of the DIA and unless this group roots this out, a global war is coming and all that will be left of America is the glowing graves of the Sons of Liberty from nuclear fall out.