Jerry Lewis Got a Gun 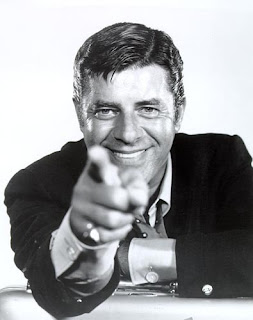 It is always one of those things of if I was rich in I came upon Jerry Lewis' gun collection for sale. The nice part is they were reasonable and a fascinating look into Lewis' reason for owning a gun.

Mel Torme actually collected Colt 45's from the old west, including ones with file marks in them, showing how many men they had killed. For Jerry Lewis, his firearms were mostly for defense from riot guns to 38 specials in light weight materials. He was a practical man in the 70 plus guns he owned.

There were very few semi autos, and only one expensive London shotgun. Jerry Lewis was a man whose mind was factual oriented. He wanted a gun that would work and do the job if he needed to shoot something.


I can understand Lewis collection as it reflects the 1950's and 1960's FBI and Police 38 Specials. There was not any deviation. All had 2 inch barrels and the few "newer" models reflected the upsurge after the Dirty Harry 44 Magnum, but he never acquired a Model 29, but did have a Ruger Blackhawk which is a superior pistol.

Would I purchase one of these guns. Maybe a Special Agent in 38 special or perhaps one of the Colt 45's to shoot, but I dislike that Mr. Lewis never replaced his grips with something more user friendly.

I know I would have liked Jerry Lewis more if I had known he had a number of guns. I never thought he was ever funny. I found him obnoxious in most cases and I hated that telethon screwing things up on television. It would have made it all easier if he had just flashed a few pistols around on set.

For me it is too bad that the best accomplishment of Jerry Lewis was his hidden one, in he was an armed American.