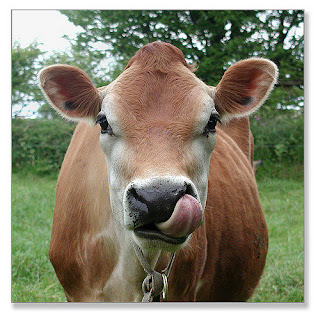 This is a thank you note to people I do not mention. Some write little notes and some donate without comment. I appreciate it all and from King Tut, Anne who likes my day in the life, Laura without comment, Nina with thank yous, JV who likes my warped humor, the Curry master, the Summit of all heights,  KB, the Viper, I do read everything and note when you do appear, and it is all appreciated as you are the normal part of my life and why I am still doing this by the Grace of God.

I do think that the times are changing though in new events which I have touched on here appearing in Europe. That pleases me, but this is not about grand insights or Inspirations, but a moment to sit down to be normal with normal people.

I think my day started at around 5 this morning. My days are when the Puntz decides to come in and pounce on me. What it usually entails is a claw across my hand or shoulder which means, GET UP, the food you gave me is not fresh from when you went to bed, nor is the water, so GET UP and get me fresh things as I prefer that.
I have been having one hell of a time though with a certain mother here, who keeps lying to me she is not feeding the Puntz on the side. I can tell though as the cat mews at her or me for food in expectation as someone is feeding her. It is not the feeding but the lying to my face about it, and worse yet is, the food was rich so Poot gets diarrhea which the cat does not like as it scares her, so she rarely will go into the kitty litter on her own, so either goes on the floor or on my bed, which I do not like.
I have put my foot down on this and the cat gets better for a few days and then it is back to it again. The solution is I am getting the womb up at 3 AM to clean up cat shit as nothing teaches manners like cat shit in the morning. Obstinate is the word for my mother as bribing the cat means the cat lays by her, and it seems she is jealous that Poot bothers me non stop in my just being me or TL being TL around the wild cat.

I do have some advice on this though in do not ever get a Manx or these tailless bobcats as they are not cats. She has a nose like a dog. Marks territory. Only wants to be petted when she wants to, and then it is fang and claw. The other morning she was on the table after breakfast and I saw the wild eyed sinister look she gets and put my hands away, and the cat still pounced on me. She can do one hell of alot of damage in 2 seconds. That is just her in this cat is about 70% wild animal. It is her way and that is it and TL and I have learned to read her expressions in what is going on with the sword fang cat.

That was the before 5 AM expression this morning as I had been up, and she would not poo. But around 5 here she came stomping on me like an elephants and got right up to my chest and started digging with her front feet. Lord God that cat digs with her front feet before she drinks water or poops. I knew we had a problem so I was up and carrying my scolding cat by the neck to the litter box, where she promptly jumped out as she does, looks at me, squats and I put her back in protesting, and then the digging starts, it is freez berg time as a statue, and then we poop, and I clean it up.
It is not all bad as I do laugh at her, as she honestly leaves, stalks around, and then comes back for me to check her butt to make sure she is clean. I bring out the character in animals, so that is how I began my day. That and watching it rain, looking at radar as the little band was all done, and then whammo a deluge hit as HAARP for some reason generated a little strip about 3 miles wide and we got about an inch of rain.

Outside is not much better as Baby Moo rules when the geese are not attacking her. Last night I was taking care of the rampaging bull who has now settled down, but Moo heard me clanking a chain, and her she came. She nibbled on a fork full of hay I had got for her pen, and then she was gone. I got the halter for her, but for the next 20 minutes in mosquito land, Moo was bawling, running circles, and just enjoying herself in being princess calf of the place. She even got out into another field, but then decided that flies and mosquitoes biting her was not fun, so she let me catch her, and away I led her  back to TL who was wondering where I had gone.
Daisy and  Baby Belle are no different. I have to spray them for biting flies in one is  a small bloodsucking type on the back, and the other bites on the legs. They hate being sprayed, so I have to chase them to get a halter on them and then protest the spray, only to stand there serenely after the flies are gone, looking at me like why did it take me so long to help them.

They are shed off again now, and I could not find Belle right before my eyes this morning as Daisy is dark red brown, but Belle is a tawny buckskin white color now, which is odd as Jersey's are supposed to turn blackish. Belle's head is black now and not brown, and her coat was dark brown all winter, but she is pretty buckskin color now.
She also is sort of bagging up, but I am certain she is not bred as no bull got near her as we keep those two in the pen all the time, and now with one bull in the corral, they are safe in the little grazing area 24 7. So  I  think like the goat Martha, females sometimes just bag up when not bred. Still have hopes to work something out with a big donation or lots of small donation for a big one to get a place, which in turn means I will shop for miniature Jersey bull semen that the vet or neighbor will preggo Belle and Daisy with, and then it would be baby calves next summer. I am going to breed Daisy to a miniature too, as she will be able to squirt that calf out like Michelle Obama getting Pigmy sperm in her hole.

See that is the beauty and wonder of the Lame Cherry, in you are reading something civil and along comes that brier patch dialect of the common folks throwing something in why Peter Strzok has bald carpet marks on his head, and it just makes the reader stop, as there is not any way a World Net Daily or Time could print that kind of stuff......well if they did, they would have mega readership, but that is left to me, to write how real people talk in their daily lives in conjecture of how things would be, as you never really thought of a little Pigmy guy getting sweaty with Michelle Obama, and what size kid that would pop out now did you? That is because you don't breed livestock and have to figure all that stuff out, as what the bull puts in, that cow has to shove back out in 9 months.

With that I probably have to go water the bull, who was laying down earlier and did not to be disturbed. I told him that he gets sex in mid August as I am trying to be done with too early spring calves. He did not like the sentence of abstinence but that is the deal or he ends up in bologna as that is where all bulls go to eventually at Oscar Myer.

You absolutely learn so much Jeopardy knowledge here of the most worldly information that only niche people know.

Yes that was me going to water the bull.

I doubt the Viking wants to trade his Mom now for my model as his does better in the pen, appreciating the tending.