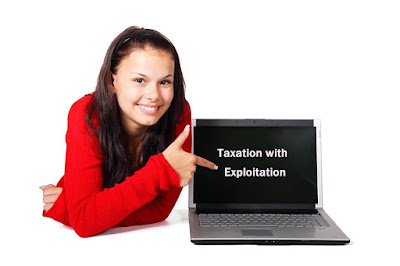 Supreme Court's internet sales tax ruling may be a nightmare for small businesses
In the wake of yesterday's Supreme Court ruling, e-commerce companies are understandably both concerned and uncertain of…

What is being missed here is products are being sold. The reason product is not being sold locally is the cost of real estate taxes, heating and cooling, and insurance a building. I priced a product today at 2.45 locally from a chain store. I can get the same thing online for 1.75.

The reason consumers buy online is not having to pay that tax penalty, free shipping and a more affordable product because a warehouse costs less to run than a store front.

Now factor that out in the "playing field equaled" which is ignorant, as people in the real world do not have surplus money in this inflated economy which is getting worse due to fuel prices. When a person does not have the money to buy locally in increased prices and taxes, they are not going to spend that money they do not have online. All this ruling is going to accomplish is what all taxation does is depress economic exchange as people will do without. That means Amazon is looking at a depressed Christmas season, exactly like when they jumped their free shipping from 25 to 40 dollars. Amazon took a hit in that, and had to drop the rates again.

The US economy is already in a depression and a recession is building upon it from fuel inflation. There are still 95 million Americans out of work, replaced by foreigners at 1.5 million per year. The unemployed are retiring and their retirement is not going to generate more revenue. The majority of foreign workers send the majority of their wages back to the 3rd world and not into the American economy.

The conclusion of all of this is, forget about any economic recovery, from fur prices rising as under Ronald Reagan or any deflation in energy prices which drove the economy. The tax restructuring only benefited Wall Street, and with this new tax, it will suppress internet sales, which brings this back to product. When those products are American made, or American shipped off the docks, it employs people, and it produces more jobs. When internet product is cut 1% in sales, that will transfer to a 10% reduction across the economy in a ripple effect.

Taking peoples money only does one thing and that is it throttles economic growth. For those who use the infrastructure mantra as a reason for taxes, taxes were levied in taxation with representation. The Founders were honest men who made the mistake in thinking that taxation with representation would never be a taxation which robs 70% of individual income every year. Taxation is now Taxation with EXPLOITATION. Taxflation is a cancer which has consumed America. It has created artificial tax money dumps like Virginia Fairfax county and Minnesota Hennepin county, to states like New York and California which are sucking thee entire United States dry.

For those who cheered the Supreme Court on this ruling, this is a tax which will choke the last economic activity in America.

Taxes should have constitutionally been limited to no more than 10% of all wealth generated in the United States per year. That is the only check which would balance the books now coloured red.

Once again another Lame Cherry exclusive in matter anti matter.
Posted by Lame Cherry at 12:00 AM