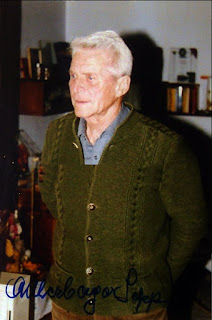 In combat there is always the first kill. No no the heroic killing of an enemy to remorse over, but the killing of a comrade in that grand mystery how someone dies next to you and you are unharmed. Three inches this way, and you are laughing at mess, three inches that way and your head is blown off.

No one ever really explains the prelude to combat in real war, as none of it is glamorous. The veterans are stone faced and within themselves. The replacements appear fidgeting. They all have nervous stomachs and are either puking or shitting. All of them feel like their legs are jelly and the fright brings a terror in them of the unknown of all the others who are going to die as they are young and they could not be killed, but yet that is what they fear is their dying.

Waiting or war is an eternity.  War which you are involved in though is an eternity where time stands still and everything is moving so fast that time can not catch up.

For the fortunate, a Sgt. will appear before the actual fighting to lie to the uniform wearers in for them to do their job they were taught and if something goes wrong, their Sgt. will be their lifeline as they always get their boys through. The question never arises though in if he gets his boys through why are all these replacements here puking and shitting up the place.

Then the battle begins and nothing make sense, as there are never targets, as it is like being 5 and getting pocket knife and nothing to use it on at Christmas except your Mom's cupboard. It is in this mass of fright of blowing up things, yells, bangs and screams and awareness that the first kill happens, like a German landser experienced, like all have before and since, in how a guy he knew, is standing their grabbing his gut, and you notice his guts are falling out, and no matter how much he tries to stuff them in, every movement has more guts pouring out.
You want to help and drop your gun, but that Sgt. appears screaming at you that nothing can be done to help him, as he is dead already, and you must advance and fire that weapon you have in doing your job.

It is all shock. It always produces the same results in young people charge ahead, others die, they gain a euphoria in firing a weapon, killing, advancing and as more others die, your brain is overloaded and nothing more can be taken in.
Stunned an numb, the fight is done, and you and the survivors all sit around telling things and listening to the horrors as each of them now have cheated death and are addicted to it, to do it one more time. The pity is for the wounded and dead, but they were unlucky and not like the survivors, who were invincible for a day.

What follows in this is the learning curve, if the arrogance does not take over and kill them by their being stupid in the next weeks, that you no longer pay attention to explosions not so close or guns going off as they did before and did not kill you, so chances are  they would not find a mark again. There is the knowledge of not ever exposing yourself and knowing when was the time to run and the time pull the earth over you and disappear.

Most first kills of the enemy are never known, doubts, so that when the banter of survivors afterwards avails itself, there is a longing to actually know, and when it happens, the reactions are always the same human reactions to having things confirmed, and it gets shut into the mind, and then it moves on to killing others who would kill you or other comrades. Sometimes your early humanity gets someone else killed, and once that lesson is learned, there is always a finality to making certain that the enemy never survives to do harm again, as that chance can not simply be allowed ever again.