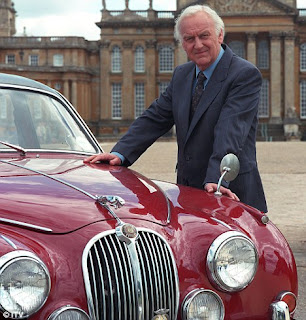 One of the finest cinema creations ever was Mystery on PBS, in the directors who created these masterpieces accomplished something which was a university degree in direction in telling a story. The focus of this is:

Peter Hammond: Sins of the Father

I had the privilege of viewing this series which would cost around 450 American, compared to the around 50 British pounds in Region 2, and while I fondly remembered John Thaw's performances, the work of these directors even surpassed Alfred Hitchcock.
Directors always speak of black and white photography in shadows, but these directors accomplished it with colors.
Hammond literally throws in every technique from Star Trek,  Hill Street Blues hand held, Magnum PI girls in the view, and yet does it all with an intimacy which is missing in American directing.

What I particularly enjoy in this directing is the openness mingled with clutter shots which blocks the view, so the audience has to search through the debris to see the actor at times, which is a most clever addition to drawing one into the mystery.

These two scenes were masterpieces, as was the simple addition of the nameplate of the murder victim on his door, to explain so much in one scene or Morse's Jaguar finally emerging from the out focus panning shots of the maze of houses in Oxford.
These shots are masterpieces compared to the idiocy which PBS has now in their direction of Victoria, Downton Abby or that horrid Poldark.  Morse is a PHD lesson in technique, very complicated techniques woven together by the best American television directors of the late 1960's to the 1980's.

Here is the camera work telling you a story in two scenes.

The moving from the murder scene to the investigation.

Morse going down stairs, camera pans across platform to Indian woman rubbing her foot on her calf, and camera moves to Morse in the area he can be seen down below.


Wife told her husband has been murdered.

All of these episodes are directed very well and yet there are nuances from each director. One of the last examples is the scene where the two sister in laws meet. The one's husband has been murdered and the other's husband is fooling around with the dead brother's wife.
It opens in a long shot, then you watch through the shadows on the window, until they are both on the couch for the close shot. The adulterous in white angelic face looking up, at the dark tanned face of the other woman. The only problem is in these shots is they move so fast that it is almost impossible to appreciate everything the directors are thrilling your eyes and mind with.

If you ever want a lesson in directing genius, to copy and paste your work as a director, the Morse series is phenomenal.  As I type this, the adulterous wife just parked her car at an angle at the murder scene, and the shot is from on top, and the roof reflects RADFORD, the name the company. Those are the kinds of things which directing masters create which come natural to them, and it never occurs to anyone else, and that is why you are so bored watching other cinema now as there is not any direction, not any writing, not any make up, and not any acting.