The Rich Getting Charity Richer 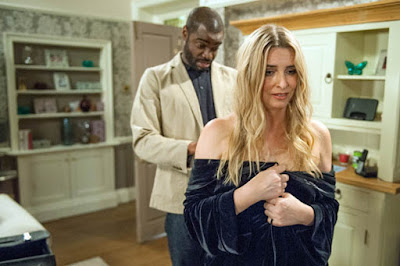 
Not going to spend a great of time in this, but the following headlines bragging about record giving has zero association with massive giving to this blog. If it were not for a few people, I would not be here.
The article though is a condemnation of the American Rapine System and the rich who get richer from it, and the middle class is being made a serf class.

Do NOT be conned in this that rich people are giving. That his BULLSHIT. What rich people are doing is donating to ESTABLISHED tax deductible charities. See goodness for the uber rich has to have a profit margin in it, so they get out of paying taxes, but their Buffett Foundations hide money, and then use that money to buy more  influence for themselves and their businesses
That is the not the cheerful giver, that is the cold calculation of a Scrooge using the system Gary Cohn wrote up for Goldman Sachs rich in order to exploit the IRS so you pay the taxes and they do not.

Charitable giving in US tops
$400 billion for first time


NEW YORK (AP) — Fueled by a surging stock market and huge gifts from billionaires, charitable giving in the United States in 2017 topped the $400 billion mark for the first time, according to the latest comprehensive report on Americans' giving patterns.
The Giving USA report, released Tuesday, said giving from individuals, estates, foundations and corporations reached an estimated $410 billion in 2017 — more than the gross domestic product of countries such as Israel and Ireland. The total was up 5.2 percent in current dollars (3 percent adjusted for inflation) from the estimate of $389.64 billion for 2016.
"Americans' record-breaking charitable giving in 2017 demonstrates that even in divisive times our commitment to philanthropy is solid," said Aggie Sweeney, chair of Giving USA Foundation, which publishes the annual report. It is researched and written by the Indiana University Lilly Family School of Philanthropy.
Giving increased to eight of the nine charitable sectors identified by Giving USA. The only decline was for areas related to international affairs.
The biggest increase was in giving to foundations — up 15.5 percent. That surge was driven by large gifts from major philanthropists to their own foundations — including $1 billion from Dell Technologies CEO Michael Dell and his wife, Susan, and $2 billion from Facebook CEO Mark Zuckerberg and his wife, Priscilla Chan.

This is all a criminal RICO racket made legal by the frauds in Congress and was cemented into place by Gary Cohn. These charities and foundations then hire a group of family stooges who then hand out money to cronies who just happen to be related to politicians and cops. That is how 400 billion dollars corrupts thee entire American system.

It all disgusts me.