in War Time and Peace 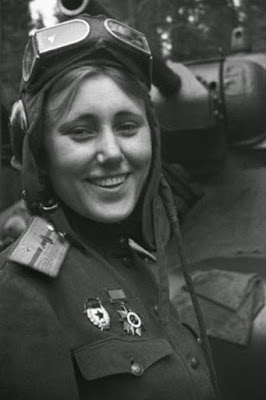 In 1943 World War II, Franklin Roosevelt of thee Americans had confiscated all the gold and was rationing everything to Americans in little ration books, while the English were being forced by Roosevelt leveraging Churchill so that the English were having to dunk a tea bag 30 times as there was not any tea in England.

This is important to note in this, as Americans and British were being starved, Franklin Roosevelt was dumping American goods into the Soviet Union as was Winston Churchill, all for the communists.

The following is an interesting point in this, as Franklin Roosevelt never went without a steak or a gallon of gas, just like Churchill never went without cigars, nor did Roosevelt's chum in the butcher Joe Stalin of Moscow.
It was a beautiful late September in 1943 when the German Scout was observing the Russian lines and noted a group of comrades appear before him. This German Landser was like all German front line troops in dirty, tired, lice infested and in his youth had evaporated in fighting the communists. He noted someone in this group of Soviet soldiers though in the officer, a lieutenant, who was not doing without anything.

The comrade was dressed in the finest of cloth in a tailored uniform, in a Russia where peasants had to wear their own clothes  with a Soviet jacket on top as the Russians starved in the pockets as their Stalin lines collapsed.
His boots were of the finest leather and as the Scout observed, he was reminded of his want and need, and noted that the communist tripped over a tree root. Upon falling the communist arose, took out a white handkerchief and began dusting himself off. The German had not seen anything white in months since coming to the Russian front, and the ludicrous nature of a Soviet communist elite dressed in a new uniform, dusting himself off with a white handkerchief, in a world with so much want, caused the Marksman to instinctively settle the sight on the  breast of the communist.

The Marksman's breathing slowed, he steadied and the gun went off. He watched as a small fountain of blood spurted from his chest as the arrogant communist leader's eyes revealed shock in he was not the invincible one, and as his men scattered like rats to hiding, he sank to his knees, his eyes rolled back and he toppled into the bushes.
Two Russians did attempt to rescue their dead communist leader, no doubt for a reward as he was connected to the elite, and they as quickly joined their leader in hell in their denial of God.

There are many lessons in this, but the chief one was that American and British children were having a hard  time of it, as were Germans and Russians, but the elite in these wars never sacrifice. Somehow leather and fine cloth, gas, cigars, meat and extra money is always available to them, while the masses suffer.

Wartime or peace it is always the same, but this is the fact of a September day in 1943 that one of the invincible leftists met a fitting judgment for his indulgences and excesses while spouting the communists were in it for the proletariat.