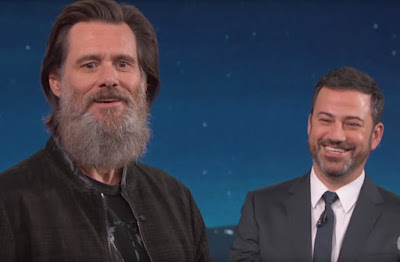 There is an evolving psychosis which is now become a disease in some phobic individuals, who can best be outwardly described as the BEARD WEARERS. Jim Carrey for example is the example of a clean shaven faced Obama supporter at all losts, growing a beard to hide behind in the Trump liberals of rugged individuals, as Carrey is terrified that his group of fellow travelers is beginning to fragment and leave him alone.
People with beards predominantly in emotional change, are hiding from something psychologically when they switch from clean shaven to bearded.

This condition which is now an entire male fringe in the likes of John Cusack, John Brennan, Robert DeNiro, are a group who has moved beyond Trump Derangement Syndrome to a manifestation of fearing self assertive Caucasian males, they tried to replace with Birther Hussein, and are now a self destructive medical condition termed ODIOPHOBE.

Odium is to hate, Phobe is an irrational fear. Theses types have a fearful hatred of White Males, and explains in part their obsession with the Alt Right in 2016 AD in the year of our Lord in those being not a group, but a group of self assured individuals.


One can not but learn each day of one of these manchilds of a lesser obama going off like Turret's Syndrome in public, pleading for attention from the leftist crowds under siege. They bring zero intellectual content to their manifestations, but instead use profanity, slurs, smears or absolute insanity.


This is the old Letterman Cocktail Crowd, where Dave would make "jokes" of the Palin girls being raped by black baseball players, setting up Rush Limbaugh to humiliate him by calling him full of hot air, and this small minded mob would cheer in thinking this was a win by insulting White men and degrading White women, unless of course it was Clarence Thomas, then Justice Thomas was not "Oprah black enough". 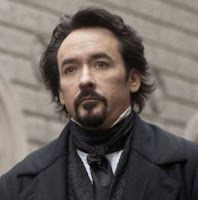 Actor John Cusack Calls For A Coup Against Trump In Unhinged ...

On Tuesday night, actor John Cusack called for a coup against President Donald Trump, whom he called "ill, deranged and dangerous" and likened to a Nazi.

This group of males who preen before the public, for pubic attention to validate themselves are in a sort of competition with President Trump, who has surpassed the star medium, and has entered the world stage as Ronald Reagan did with great success. It festers within them, that their comfort zone has been disrupted in "being the greatest of all" and then there is Donald Trump showing the world how dim bulb a celebrity is, in there is zero power there at all, and that illumination has these Odiophobes projecting all the appearances of insanity. 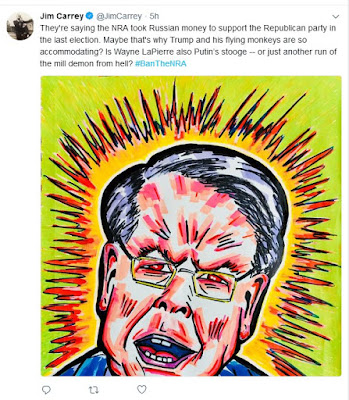 It is not just the "Hollywood celebrity" which leads this group, but the Neocon type of William Kristol who after the G7 Summit, called for foreign nations to meddle in United States Courts for Robert Mueller. Kristol was one of the original deranged, but in his current delusions, he can not comprehend that if it is treasonous for a politician to gain assistance from a foreign government to attain the White House (Bill Clinton with Chinese and Indonesian donations. Barack Hussein Obama with Muslim terror donations), that it is equally treasonous for someone to beg France, Canada, England and Germany to meddle in investigations into those charges. 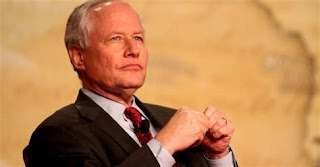 Krisol though is an Odiophobe class like John Brennan, who have a philia about clean shaving all things in an obsession, as they are a sub group in this who deem themselves the puppet masters who have the right to choose who is President and then manipulate the President and an entire nation for their power validation, as no one would vote for them.


This is a real psychosis affecting a group of males. For those who question if women are affected by this, while there was the insanity of the Ashley Judd types with poetry about menstrual cycles soiling panties, for the most part women on the left have grown to become enamored with Donald  Trump as it is in their genes to be attracted to the strongest male in the room. This in turn has set these Odiophobes off worse as the women in the left are now passively moving toward appreciating Donald Trump as the protector and provider for their homes, while the Odiophobes are remembered as the sperm soilers who used them, broke their hearts and Bill Clinton moved on to the lesbian wife.

These are the two primary sub standard males in bearded and beardless of the Odiophobes, both obsessive, both compulsive and both manifesting lunatic self destructive misbehavior against their group's political ideas and against the nation they would destroy in suicide, than to allow their phobias be dealt with personally.

Once again another Lame  Cherry exclusive in matter anti matter, the forensic psychological conclusion of a new psychosis, the Odiophobe.