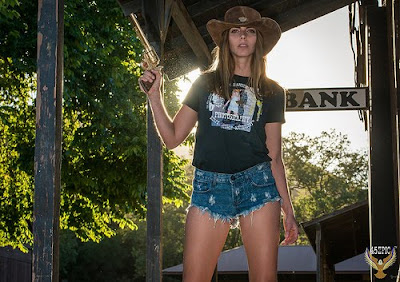 RayRay wrote me this nice note and asked me about the United States Military, Intelligence and Security services would react like or how they would change or  remain the same in whatever lays ahead, whether it was a coup or an invasion, or anything in between.

I am a firm believer in patterns. It is why I always take notice of patterns whether in predators in the brier patch or anyone I come across as patterns reveal a great deal and when patterns change they reveal a psychological change.

For instance when the nice and handsome Homeland Security agents appeared here at the behest of the FBI, they were more than professional. Their training in psychology, observation, interviewing and projection is a wonderful testimony to what is absolutely right with American security. It though was a signature that they took a photo of the shack here after the interview before leaving. It has also been a coincidence that there has been one of those 50 million dollar drones flying over this residence, even with President Trump in the White House.
I was deemed a waste of time, but something which had to be followed up on, but it appears someone is wasting a great deal of resources in acquiring live feeds of the cows and cats.

Message:
Thanks for all you insights. I know it gives you cold comfort to have made so many correct calls. I would like to hear your sense of what happens to our military and intelligence establishments. I find it immensely frustrating that China is so influential but it’s influence is ignored. The MSM talked about Khasshogi for hours but barely a peep about the Chinese head of Interpol disappearing. Anyway. Love the German military history lessons. Thanks for your efforts.


If it is German history which provides outstanding glimpses to world psychology, as the Germans are a most thorough and intricate people of nuance and psychological observation as Freud and Jung were the epitome of the psychiatric sciences with Reil mapping the literal physical brain, then it is the history of what America is in the trained military, intelligence and security apparatus which will answer RayRay's question.

Barack Hussein Obama was  an admitted "expired" (by his own words) British subject. That admission alone is absolute proof that he held dual citizenship of British and American, which disqualifies him as Natural Born.
In the era of Birther Hussein, hundreds of thousands of Americans were in the US military. Only one Patriot in Lt. Col. Terry Lakin refused to accept the legitimacy of Barack Hussein Obama to be President or to command US forces. For this he was destroyed by the United States military, the media and imprisoned for following the Constitution.

Donald Trump has not pardoned this Patriot, all have swept him aside. I will repeat that the entire United States military chose to violate their oaths in order to protect their own interests. One man did what was right and the military made and example of him to terrorize all others in uniform.

That should explain what the US military will engage in by example. 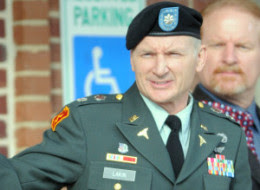 Lt. Col. Terry Lakin, a doctor who refused deployment to Afghanistan because he questioned whether President Obama was born in the United States, was dismissed from the Army today and sentenced to ...

Next, there is the example of the FBI in the story of rancher LaVoy Finicum. Finicum was on his way to the County Sheriff for protection, while FBI moles stampeded the Oregon stand off members. Finicum was unarmed. We know this from a reversal David John Oates discovered as that is what Finicum stated while asking the police who they were.
Finicum was set up on  a blind curve, where his vehicle hung up in snow, he exited in being shot at by two FBI agents on scene, after his vehicle was sprayed with rifle fire while rounding the curve in the road, and without any aggressive actions as he floundered around in deep snow, he was shot to death.
He was then left to bleed out in the snow and cold as no medical treatment was attempted.
His body was rifled, his belongings scattered and a handgun was planted on his person. 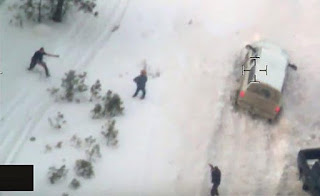 Lavoy Finnicum Was Shot 9 Times by The FBI!! - Infowars

Lavoy Finnicum autopsy reveals he was shot 9 times by the FBI & they may have planted a stolen firearm on him according to the serial number on the gun.

Last example, the Branch Davidians, a religious sect was targeted by the Clinton regime. The leader David Koresh could have been arrested in Waco Texas at any time, but instead for a public intimidation of Rush Limbaugh listeners, the BATFE appeared and fired upon the compound, as was evidenced by the bullet holes in the front of the building.
What followed, was a  tank from Fort Hood, under General Wesley Clark, attacked the compound, rammed holes in the building, introduced tear gas, and in the ensuing operation the entire compound was incinerated, roasting to death dozens of children in an underground shelter.

Waco was not an isolated example as Ruby Ridge in Idaho, the BATFE shot a mother in the brain while she was holding her baby, and she was lying dead on the floor for days as he children were around her in another stand off, which the courts deemed was illegal. 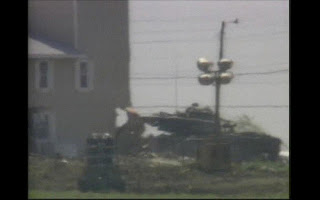 Use of Tear Gas in Waco Raid Under Scrutiny : Siege: Experts ...

Use of Tear Gas in Waco Raid Under Scrutiny : Siege: Experts raise safety questions. ... FBI agents in military tanks advanced from siege lines around the Branch ...


In all of these cases, the government officials behind these events were not prosecuted for the deaths or destruction of these Americans lives.
In all of this, this is why I have called for a review, and rewriting of the psychological testing and training of military, intelligence and security personnel as the system is broken. America is a place where highway patrol are placed on interstate highway systems to rob people in fines. I noted an officer in Iowa who fined me, caught me from behind while driving over 100 miles per hour as his cruising speed. I later saw him almost lose control of his vehicle and almost crash it, as he was breaking  the law in speeding in order to sneak up on out of state drivers to steal from them.
In none of these cases does one officer refuse to rob people, or arrest and officer for endangering  the public in reckless driving.

The Mockingbird has produced many fine fictions like Tour of Duty where a Company defies orders to do the right thing, but that does not happen. Trained military people follow orders, abandon people they should save and kill people when deployed to do it.
It is the same reality whether it is law enforcement in the state or federal. They are trained and if you trigger and officer, they will use force without thinking. In an upheaval situation, the public is described as the potential threat. Review what took place with Roger Stone, an old man, unarmed and completely harmless. 39 FBI agents with heavy firepower did not question their orders, in having loaded weapons deployed to arrest a man, now gagged by the federal judge from talking.

These are public examples for purpose. The purpose is to educate or condition the public in what to expect when the enforcement division of government is activated.  The psychology of enforcement is first to protect itself, meaning the officer, agent or soldier will protect their interest in following orders first.
Everyone on the outside of the organization is deemed a threat. If any resistance is noted, in the slightest form, it will trigger a neutralization response.
Each system is organized for the purpose of compartmentalizing the individual to follow an order to completion, by their superior. Donald Trump is President, but a Soldier or a field agent will follow their superiors orders every time over the President. It is the chain of command, and in that chain, if Robert Mueller orders a Special Agent to arrest Donald Trump, they will do that and chances are the Secret Service will comply as it will accept a like entity in law enforcement over the President.

It is why the elected county Sheriff is such a problem for this system, as the Sheriff is elected by the people in a county and is independent. The system though reverts in the deputies, who once again psychologically respond to protecting the Sheriff and their jobs first, not viewing the public as their bosses.

I would love for the rich to donate here, so I could obtain a home for us, go off the grid, and I would publish Christian things and stop being noticed by those who command this enforcement system, as there is a great deal of stress in all of this.

The people of Hutratree had the only response when confronted by BATFE in being framed and that was to give up. I was completely cooperative with Homeland, respectful and I obeyed every command.

There is not going to be any military refusing to take orders. Not any FBI agents refusing to arrest anyone. They will do what they are trained to do. They are not trained to do the right John Wayne thing, but trained to enforce the order or the law, no matter how ridiculous it is in even sending a message using an old man like Roger Stone.

Enforcement focuses on the use of FORCE and since Ronald Reagan was President, I can only think of Terry Lakin in millions of people in uniform who thought out of the box and followed their oath and not following blindly.

That is the assessment and the answer to how the various agencies will react in time of stress.