Maybe there were Signs.... 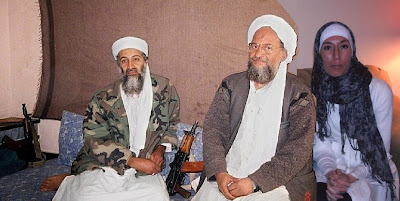 The charges came as a result of years of investigative work by the FBI's Washington Field Office with assistance from the Air Force Office of Special Investigations. “This investigation exemplifies the tireless work the agents and analysts of the FBI do each and every day to bring a complex case like this to fruition," said Nancy McNamara, assistant director in charge of the FBI’s Washington Field Office.


OK a little math as the year is 2013 AD in the year of our Lord, or as Muslims say, The Year of their Obama as the Birther is occupying the Oval Office.

The Texas-born Witt was recruited by Iran during conferences sponsored by the Iranian Revolutionary Guard Corps (IRGC) and defected in 2013, according to U.S. officials.

But it becomes more clear in this woman was in the US Air Force, during  9 11, served as an intelligence officer during the Bush wars, and interestingly left the Air Force when Shia Obama took office.


Witt, a native of El Paso, Texas, served in the Air Force from 1997 to 2008. She has also used the names Fatemah Zahra and Narges Witt. She has been added to the FBI’s most wanted list.

What is interesting in this is the Islamocommunists did not buy that this woman was legitimate. They refused to deal with her. It frustrated her so much that she was trying to deal with the Russians.  Not many Muslims in Moscow, so this is about as Muslim as a Jewish pork dinner.


In June 2013, she told “Individual A” that she had gone to the Iranian embassy in Kabul, Afghanistan, and “told all,” according to the indictment. She added, “They are going to get back to me on if they can help me very soon before I leave. I told them I am down to little choices and will be traveling to other areas to request assistance.
In July 2013, she appeared to be growing frustrated, according to the indictment. She told “Individual A,” that “I just hope I have better luck with Russia at this point. I am starting to get frustrated at the level of Iranian suspicion.”


This woman was lighting up intelligence more than Stephen Paddock. First she is in Obama Iran in 2012 at a Death to Gringo conference and then in 2013 she is in Obama Afghanistan trying to defect at the Iranian embassy. Seriously, this woman was monitored by the CIA as all of those villes have surveillance.

Witt worked at Booz Allen Hamilton, the same Department of Defense contractor that employed NSA leaker Edward Snowden, from May 2008 to November 2008 in Annapolis Junction, Maryland. While at Booz, Witt wrote that she, “Conducted analytical reviews and products in support of Army Investigations and Operations Branch,” and “Consulted as an Iranian Subject Matter Expert, which included providing language and cultural specialization.”
Witt then began working as a middle east desk officer at another defense contractor, Chenega Federal Systems, in Lorton, Virginia. She worked there from November 2008 to August 2010.

So this indicted person after working for defense contractors, joined the Soros paid for Obama Occupy Wall Street, which appears to have pushed her over the edge. In all of this there is one specific theme, whether it was Edward Snowden or this Burka Babe  and that is after being involved in US Intelligence analysis and data, each one rebelled, because they knew the data was being misrepresented.

In each case these are Bush war people, who go postal under Obama over the propaganda of the intelligence community.

So from 2013 to 2019, we have 6 years. This woman has been missing five years in Iran. To save time, the FBI indicts this group she was a part of, when she should have been nailed the minute she entered the Iranian embassy in Kabul. That is either faulty DIA and CIA surveillance or she was tagged and they were monitoring her. Her bonafides were the phishing program she was a part of in Iran, which logically concludes like FUXNET which was run against the Iranian regime, all the phishing information was laundered for specific purpose, and that is revealing nothing which Iran already knew.

Now to stoke the couscous an indictment comes, which the Islamocommunists are now thinking, "Is the CIA providing by this indictment further bonafides for her Harvey Oswald sojourn or just how much fire did this shemale bring down on our Persian rug?"

In exposing this, an entire feed line was negated, and a network was douched.

As this blog has noted time and again, thee entire psychological evaluation and weeding out process for Americans in enforcement and intelligence is producing dead cops on SWAT  raids serving warrants to creating espionage agents who will betray the United States to anyone.


“Once a holder of a Top Secret security clearance, Monica Witt actively sought opportunities to undermine the United States and support the government of  Iran—a country which poses a serious threat to our national security.”

This woman should have been detained the second she emerged from the embassy in Kabul. Whatever was in her has always been in her, and until this is fixed, America has an interstate system where highway patrols are sent out by their regimes to legally rob Americans for traffic violations extorting hundreds of millions of dollars a year and there is nothing that fills any of these uniform wearers that this is a criminal act. This woman is from a system where it does not trigger in her that what she was engaged in was a criminal act.
Both are betraying the American people, but not dealing with their superiors in being whistleblowers. 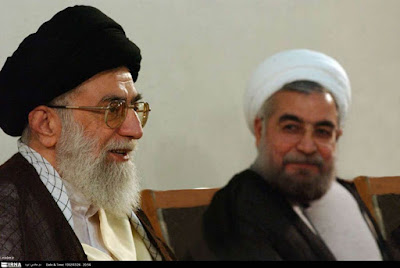 We are now ready to have sister Monica be our Obama
candidate in the 2020 presidential elections, as we
trust her with the FBI indictment.