The Things I Need 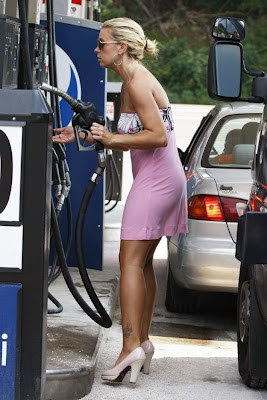 I was thinking after another shitty day in shitsville of the things that I need, as God does a wonderful job of looking after me in this shit hole, so I thought I would list the things I need as people are always nosy and I doubt like hell any rich people reading this will have any of this on their list, not because the have everything, but because they are so insular to life, none of this would matter to them and they would have no idea the purpose of these things.


What comes to mind:

I need a tractor, well several.

An H Farmall, make it two as I need a wide front and a narrow, for cutting hay.

A 560 International with cab and two point.

Vermeer baler, 605, as long as it does the twine wrap.

A 6 x 6 military truck with a box and hoist, gear shift, so I can use it to haul grain and with snow blade clear roads.

Oh yes, a Gehl skid steer, with enclosed cab and grapple fork as I can not pitch this much shit.

Make it a shit spreader then too.

Engines off an International swather and a John Deere 55 combine.


I could go into an assortment of guns, but no sense in revealing my buying desires, although I do need a plug gun for the pick up just as it would be handy.

A few sheds and out buildings.


That would about get me there in getting started in things I need but can not afford. You will notice  there are no vacations to shithole countries, no mansions, no jewelry, no hot cars and none of that other shit that rich people spend money on in things they just have to have to validate how wonderful they are.

I know rich people do not like hearing the facts of what they are, but the fact is they will not like the punishment from God once their kids spring for the cheapest funeral they can to bury their gladly departed.

As I type this, I am expecting a snowstorm and a blizzard. My kind neighbor who helps out a great deal in saving our ass...........well put it this way, I had to shovel concrete snow after he gave up scooping with his 4 wheel drive tractor. See someone told him several years ago to NOT pile snow on the north or west side of the road as it creates huge drifts. Guess who did not listen and now there are these canyons in the way I am to get out of here.
See the people who run this place all lived with money or on county roads which were cleared. They never had to deal with brier patch snow and the consequences that when you fuck things up, it really gets fucked up.
Like the fucked up rich farmers who till their fields clean as they do not want snow on them. So the snow goes onto the roads or my yard. It is a goddamn ground blizzard where these rich assholes farm and where farmers leave some duff on the fields, it is clear roads and you can see for a mile.

That is why I need the things I need, because I can not tell people, just like this blog what is the right thing to do, because they will not listen worth a damn and it fucks it up for everyone.

If  I had my stuff, then on Saturday I would not have to not get feed for the goats, because the bosses kid in law, has his fat ass velcro she thing at work with the doors locked, because he is getting his little dick sucked by her back on the feed sacks.

I really no longer care if dumbasses get themselves killed, but the shit that is in this country now is going to get the last people with common sense killed too and that I do care about.


I am so fed up with paying for the sloven, head up the ass mother and father, asstards and their shit head offspring. I really expect God to make things better than right in what I have to deal with as on this blog or in the real vista, I just look at the wetware and know when the shit the fan, that it is really going to be a shitter mess with how head up the ass the world is, and how those in power designed it to be a cropping exercise of the culls.