As you begin reading this on your Friday,  the Lame Cherry will provide from BTS, Before The Storm, coverage in how the Minnesota Metro and all points eastward, along with the Dakota Drainage is once again about to be slammed by HAARP.

Minnesota Weather: Storm Expected To Dump Up To 8 Inches On The Metro, Smash…


What interests me is from December onward the snow over this region came from such oceans as Saskatchewan and Kansas, meaning there is not moisture there and yet the snow is dumping in record levels in just a few weeks, as the ground in this region was bare the first week of January.

In all of this, I was wondering where thee snow was going to appear from this time by HAARP and once again Nebraska has generated from it's ocean all this moisture, but the new storm trooper is over Arizona where this chit has been spinning for days, and now in 24 hours it is going to travel 1500 miles for this new HAARP superstorm.


You  can see in the sequence in how this is being created. It is the first time though that HAARP is attempting to use normal jet stream patterns to push a super storm into the region along traditional lanes. This  though is not a normal Colorado Trinidad Lo Pressure System as there once again is zero rotation.

This is the forecast travel lane in red, and the green is the snow dump zone center, but on the south side of this is ice and rain. Meanwhile in Monsoon Alley, the people of the South are going to be deluged again by their own personal hose down.

Revisit the top radar map showing there is nothing coming out of Texas and suddenly this Monsoon erupts over the central east United States. As I predicted last time this shit just sits and churns over the regions to be attacked, and once the main body clears Minnesota Wisconsin, this crap load of weather terror jets off to New England in a few hours.
This is a HAARP pattern in the Weather Mods are drowning the South and freezing to death the Midwest.

All of this "weather" just appears out of nowhere and the data coming into the bots "knew" that two more Arctic blasts were coming into the Midwest. The predictions were below zero weather 9 days to 2 weeks out. Again that is impossible to predict.
There is a real weather war taking place in America, as mother earth is trying to heat up seasonally and HAARP is slamming her to the freezer. The Big Energy Boyz are so economically raping people that they are going overboard in trying to get money to pay off the Saudi's loans for all that Trump record setting oil pumping.

I have discovered that these stories are being suppressed, so the information is making waves. I also by noting how hot Denver and Omaha were, alerted the Weather Mods to freeze them out now too. I suspect when the Weather Mod's pull the plug on this, is heat is going to surge north and there will be horrendous flooding.
In other notes, I received information in the Great Plains area that stores are experiencing food not being stocked on shelves as the semis can not deliver as the the snow is bad one day, the roads take two days to clear, then the snow blows another day, then the roads need to be cleared out and all that snow is piling up and there is nowhere to pile it. In Minneapolis they are running stories about snow loads on roofs so deep they are worried the roofs will break.

Last loop is Friday morning at 2 AM eastern. If you look at the movement of clouds over Nebraska, they are moving northeast. There is though a lifting in Arizona and central Nebraska, which again does not match the storm or jet, but would match the odd nature of HAARP which is the forecast lifting this north. This storm is changing direction.........but note the South Monsoon is constant, no matter what week it is......except of course when this storm smashed into North and South Dakota when all of this snow dump began when snow came out of  Texas and blanketed the Northern Great Plains to start all of this.

It almost looks like someone is trying to bust the insurance industry and destroy the ability of people to buy things so a big depression will set in to blame that socialist Donald Trump. 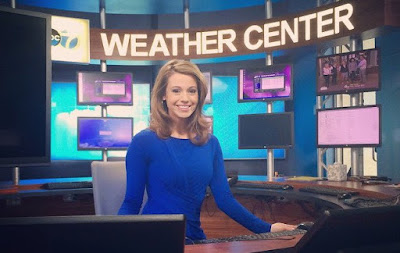