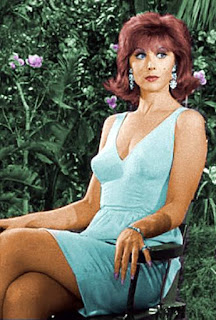 I am beginning to read a book by Canadian investigative journalist, Claire Hoy, and something in the forward of his book on the Jewish Mossad caught my attention in the damning corruption which has mutated in the United States federal political, intelligence and security apparatus since 1990 AD in the year of our Lord.

If one examines the words of Canadian Claire Hoy with the words of democratic Senator David Boren, it is both haunting and sickening to note that from the moment that Barack Hussein Obama uttered his phrase on his website, "My British citizenship expired" all oversight in the United States ceased under George W. Bush and it completely disappeared under Birther Hussein.
Literally as Birther Hussein noted, it was the powers that be which ruled America as he tried to be treacherous flexible with the Russians.

Literally without political bias, the operation which became Russiagate which followed a long trail of Obama policies in Eric Holders Fast and Furious, Castaway, Gun Walker, to Hutatree, the death of the Polish governmental leadership, to Egyptian overthrows, Iranian Springs, Gulf Gushers, GOP state flooding to Benghazi could not have occurred if the United States Congress had not been covering up for the Obama security and intelligence apparatus, and that includes the murder of LaVoy Finicum in Oregon.

Russiagate was a CIA managed operation which is illegal by Director John Brennan. It involved the FBI and the US Federal Courts as was the Justice Department.
Every check and balance was misused from Congress to the Courts and not one check was initiated, which reveals the entire American federal system to rotten away to a cabal of directorship by committee. 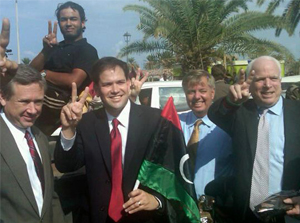 No more revealing example was the macabre presence of John the hero McCain, who in this cabal overthrew the Obama posts of intelligence and defense, and had journeying around the world as a sort of defacto  Majordomo with a license to kill and corrupt.
In Ukraine the world witnessed John the hero McCain provide carte blanche to the Nazi's as his people in Kiev in overthrowing the legitimate government there. In Syria, the CIA created ISIS, which were Kurdish oil smugglers stealing oil out of Iraq and Syria, created a murderous civil war in Syria with Libyan weapons in another Obama Clinton crony dictatorship by committee, trained them in Jordan and supplied them out of Turkey.
None of this was in the interests of the United States.

One of the main themes of this book is Victor's belief that the Mosaad is out of control,  that even the prime minister, although ostensibly in charge, has no real authority over its actions and is often manipulated by it into approving or taking actions that may be in the best interest  of those running Mosaad, but not necessarily in the best interest of Israel.

While the future of the intelligence business, by definition involves considerable secrecy, certain elements of it are nevertheless open in other democratic countries. In the United States, for instance, the director and deputy director of the CIA are first nominated by the president, subjected to public hearings by the Senate select  committee on intelligence, and finally must be confirmed by the majority of the Senate.

On February 28, 1989, for example, the committee under Chairman David L. Boren met in room SH-216 in the Hart Senate Office Building, in Washington to question veteran CIA official Richard J. Kerr on his nomination of Deputy Director of Central Intelligence........
Opening the hearing, Senator Boren acknowledged..........."While some other nations provide for legislative branch oversight of their intelligence activities, the extensive nature of the process in our country is truly unique".

It is haunting to read the above statement by Claire Hoy in the assessment of what Mossad was in the late 1980's and is the point of this blog time and again, that in the Israeli state, a Jewish intelligence officer in Victor Ostrovsky stood up to expose the problems with Israeli intelligence out of control, but in the entire fiasco of the Obama years, post, past and during, not one person from the FBI, Justice, CIA or Homeland went public to the public in stating the entire United States regime was out of control, but in the control of what is deemed the Deep State.
Not one person quit, not one was a whistleblower, not one broke with the Bush or Obama regimes.

All of these operations are a series of overloading the public to stun them into not being able to comprehend what is taking place. Each day there was a new sodomy and a new over the top character created by the cartel as Alexandria Ocasio Cortez appears to distract as the central them continues in the entire leadership of the United States is in the employ and control of the directorship committee. The police state protects it. The media smears all who come against it  and the intelligence community creates the operations to vanquish the mob.

The CIA has 25,000 employees while Mossad has 35 case officers. The Tavistock and Stanford Institutes have proven that whether in limited numbers or a sprawling police state is the same organism, when that larger organism  is oriented in a psychological profiling process where the entire police state weeds out independent thought and only employs dependent thought. Where the Jewish psychology manipulates of the many against the Jewish few.  In all instances though, whether KGB or MI6, the elite are the masters of the apparatus and the people are all auditioned fodder for the system.


There can only be one conclusion in Russiagate and that is the entire American political, intelligence and security groups are no longer functioning for the American People. When the BATFE in Hutatree stated they had over 100 moles implanted into that many organizations in America, it was the tip of the iceberg in the CIA once had people in every media room in the United States, and now it is evident that no one is elected, appointed or hired who is not another conjoined tissue in this massive body of control. 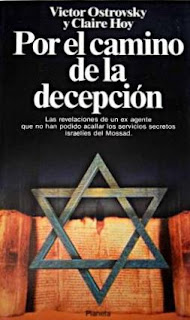