Climate Change at the Heart of Global Genocide 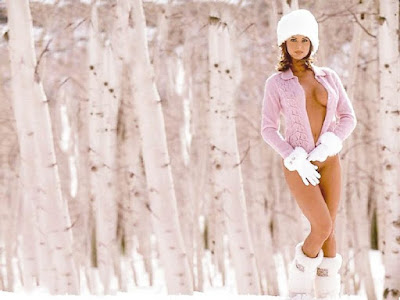 I came across the following headline on Daily Liberty concerning Global Warming or Climate Change, and considering the disaster the United States is having with HAARP in Weather Modification, freezing people and animals to death to force them to purchase all that American oil and gas, the issue in this why is President Donald Trump not ordering under the Patriot Act the apprehension of those who are advocating spraying the upper atmosphere 4000 times a year to combat global warming.

I will explain this as only the Inspired Lame Cherry can. or will exclusively in matter anti matter.


In recent human history, an ice age almost appeared, with the eruption of Mt. St. Helens in 1980, followed by the Mariana Islands, Mt. Pagan Volcano , erupted in 1981 in late spring of the year before the United States entered winter.
In this sequence of eruptions, the effects of St. Helens did not harm the United States or the world, but when Mt. Pagan erupted, this dual spraying of the upper atmosphere set off a metereoological cataclysm of winter.

The American National Football League, in fact set a record for the coldest playoff game in history,  and it was not played in Minnesota, but in Ohio in the Cincinnati Bengals football team, playing in the AFC championship game in January, an event in Ohio which was over 10 below zero for the daytime high.

https://en.wikipedia.org/wiki/1980_eruption_of_Mount_St._Helens
On May 18, 1980, a major volcanic eruption occurred at Mount St. Helens, a volcano located in Skamania County, in the U.S. state of Washington.The eruption (a VEI 5 event) was the most significant volcanic eruption to occur in the contiguous 48 U.S. states since the much smaller 1915 eruption of Lassen Peak in California.

The eruption of Mount Pagan volcano, Mariana Islands, 15 May 1981

Freezer Bowl
In National Football League lore, the Freezer Bowl was the 1981 American Football Conference Championship Game between the San Diego Chargers and the Cincinnati Bengals. The game, won by the Bengals, 27–7, was played in the coldest temperature in NFL history in terms of wind chill.Wikipedia


In that winter, cattle froze standing up in pastures in Montana. Williston North Dakota on the Canadian border experienced 60 below zero temperatures. There were places in North Dakota which were 40 below zero for months. South Dakota and Minnesota had temperatures unbroken for months in 30 below zero at night and 20 below zero for daytime highs.
Texas to Florida froze in the tropics. It was a murderously cold winter in which the sun in the sky seemed to have gone dead, as it provided light, but there was absolutely zero thermal heating units penetrating earth due to the Asian ash cloud.

I desire at this point to show you the Climate zones of the world. 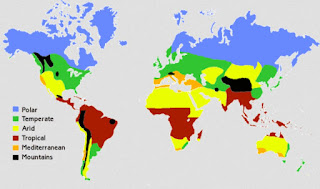 In nothing that most of the productive world is Temperate, you will also note that most of the world is not Tropical in temperatures, meaning these bogus fake scientists are marking temperatures in California type climate ranges where it is always balmy weather. Return now to the temperate zones and the arid zones, where it will at times snow.
Introduce now to those areas an ash cloud or atmosphere debris spraying which would drop the temperatures 20 degrees. Suddenly New York to South Carolina west to the Mississippi are having winters which are in the 10 to 20 below zero range. Their summers suddenly are not 80 degrees but 60 degrees. A day in Ohio begins looking like a day in Finland where wool sweaters are worn in July and not shorts.

Move this on to the what a day in most of the United States and Europe would be, as a day in Russia and Canada would  be 2 months of spring and 10 months of winter, as these vast wheat producing areas would become permafrost and nothing but lichens would grow.

Canada would go from this 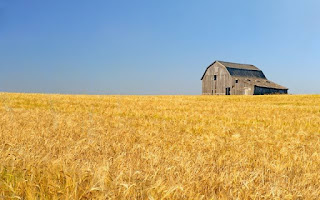 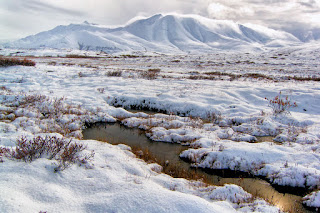 The United States for the most part would become a Zone 2 region like Siberia and the Northwest Territories. What grows in Zone 2? Aspen trees. Do you know what does not grow in Zone 2?


Are you arriving at the point in this in figuring out what I am trying to explain here in, if you drop the temperatures in warm areas, the cool areas of the planet get frigid and the Mediterranean areas trun cold.

And do you know what happens when the earth gets cold? How long in the winter when your house gets cold does it take to warm up? Just a few hours or does the furnace run for days? Ah yes my children, you cool the earth off, and it requires three times the energy to warm it up again.
This HAARP winter over the United States is going to require literal 70 degree temperature days t o begin melting that snow pack for it to flood. With snow on the ground a 60 degree March day is 40 degrees. Cool the earth off and it will take years, if not decades to warm it up again, and in that, your HAARP or spraying just might set off an ice age as the earth moves through a stellar dust cloud which only would have been a cold snap, but with spraying the upper atmosphere screwing around in this scheme suddenly all the wheat fields are under snow until June and no crops ripen  and all the corn fields freeze out for the entire summer.

One year that the earth does not produce a crop, and starvation would begin, and if it is two years, 3/4s of earth's population would be wiped out.........and removing that many humans would destroy the production structure to maintain nations and commerce. The world would plunge into a 1000 year dark ages by this spraying.

This is why President Donald Trump under Patriot Act should have these meddlers arrested, the cronies funding this bullshit, because this is real genocide threat to the world. This is not a debate point and it is not something to be ignored, because as has been proven by the above this is  real danger to the world population in this would kill the planet.

The one volcano required 8 months for that ash cloud to settle from the atmosphere. Again, spraying 4000 times, is an accumulating effect. Drop the temperature 2 degrees and it will drop 10 degrees, and this spraying will be a cloud dropping temperatures 20 degrees without any relief as the sun's warmth could not get through.
Add to that rains and snow, which increase the chilling effect and we are talking about 30 to 40 degrees on some days in the summer and winter. And without the sun naturally to warm the temperature up, the cold continues and sets in, as the surface  chllls deeper and deeper like permafrost and everything dies.

This is once again another Lame Cherry exclusive in matter anti matter as no one else has explained in this the reality of this weather modification.