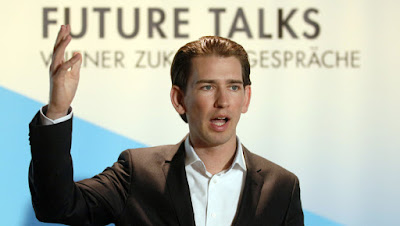 In the late 1980's, British historian John Keegan, seized upon the historical paradigm of the Strategy of Southern Europe, because it is the strategy of Empire. Every empire from the Macedonian Greek, the Roman, the Hungarian, the Turk Ottoman, all maintained control of the Balkans.
The fact is the greatest blunder of Joseph Stalin of the Soviet Union for the domination of western Europe, was that he focused on Poland, and let Tito in Yugoslavia slip from his grasp as this would have been the power base in Yugoslavia to controlling western Europe.

Historically, this is the region where the Habsburgs drove the Turk Muslims out of Europe. The Balkans provided the Turks best White troops for their military in the legendary Janessarians.
It did not matter if it was the inland mountains for the Habsburgs or the coastal isles for the Venicians, the Balkans have been a maritime and land based springboard for the domination of Africa, Europe and the Mideast.

It is this region, and the Greater Balkans of Greece, Romania, Bulgaria and Moldova, provide for the control of the greatest triland waterways in the world in the Seas of the Black, Ionian, Aegean and Levantine. In ancient warfare these seas were killing waves to mariners, but in modern military means, they would be a slaughter pit utilizing long range weapons.

This is why Turkey hangs onto European lands in the Isthmus of Constantinople. Take the Isthmus from Turkey and she loses all her sea protection and suddenly becomes an exposed salient to be cut off and killed. 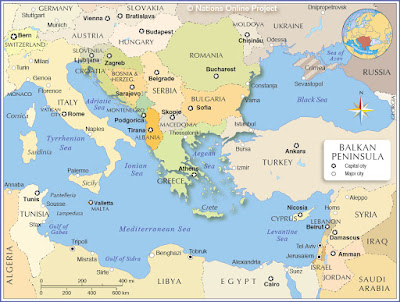 Adolf Hitler comprehended all of this in his Eastern Campaign. His respect for the Italian Roman Soldier though was misplaced in allowing Italy to maintain control of the region, because the Italian was a failure in war. Seizing parts of the Balkans, Italy was drubbed by the fine Greek Soldiers, and that placed into jeopardy the entire region. Instead of treaty control of the Balkans, it would require German armed control in keeping hold of this region.

That is the difference in Chancellor Sebastian Kurz for the Habsburgs in his bringing in a new German order for the Motherland of Austria. Vienna has placed her nations in a row by peaceful treaty, in Vienna is bringing into protection the German settlements of Europe, while legally bringing people who willingly desire to join the Vienna cause, to protect themselves from Russian, Turkish and American machinations. The Balkans have been a people of the crossroads and war has been made over them. They know from experience that Russia is a heavy hand. The Muslim is a rape slavery and the American enjoyed far too much bombing Christian Serbs for Muslim Albanians. The secure rule for the Balkans and peaceful co existence has always been the Austro Hungarian Empire of the Habsburgs and their chosen advocate in the risen Chancellor Sebastian Kurz.

If one observes in the short year that the Chancellor led Europe, the areas of Green are Austrian control on land and the areas in Blue are Austrian control by sea, all by treaty and agreement. This is what the Roman Empire looked a great deal as and at this moment, Austria controls Southern Europe to the shores of Russia and Austria controls Africa to the shores of the Middle East. 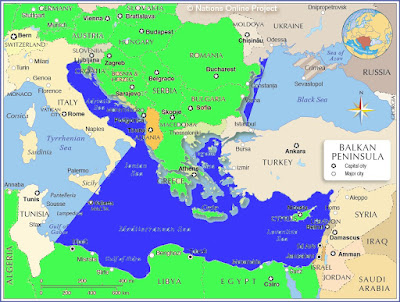 This is how the Habsburgs have always prudently extended their influence and power, not by war or bribes, but by common association and direction. America can wield her missiles, Russia can offer weapons, China offers bribes, but in the end Austria has entered her historical spheres and has gained an empire in a year by the offices of Sebastian Kurz.

Austria already has a footprint in Syria. Sebastian Kurz has heeded Mein Kampf and the wisdom of the Wehrmacht. Austria will remain friendly and in partnership with Moscow and I do foresee in this Austrian dominance a coming time that Italy joins this alliance, with an association with Spain to gain full control over the Mediterranean and direct access to the Atlantic Ocean, and  thereby all of North Africa, extending to the African plains will be under direct stewardship of Vienna.
In the cross struggle of Turkish Saudi Iranian Islamic spheres, it would be prudent in this venture of Vienna influence to establish prominence in Jordan, the Israeli state and Lebanon, and making partnership with Russia in Syria. The purpose of this would be the isolation of Turkey from NATO in a new order, and the taking of Constantinople in control of the isthmus, which would bring the Black Sea into East Orthodox and Western Catholic national domination.
This would be in Russian interests in her Muslim problems. The children of Esau in Turkey would then be cut off and vanquished as seas would pen them in as the Syrians, Kurds and Armenians all hate the Turks.  In time with Russian and Austrian assistance, the Syrians could annex parts of Turkey for a greater Hittite Empire again, and the Armenians would annex their stolen homelands.

In progressing this, before the 21st century is complete, the reality of Europa will become the map of the world. This will be an immense economic and technological advancement zone, with vast stores if energy in cooperation with Russia.

It will be a land mass greater than the United States and become the unified group which will advance the world. The foundations of this are already laid. The years ahead will strengthen it and by it, the Habsburg will rule the world. 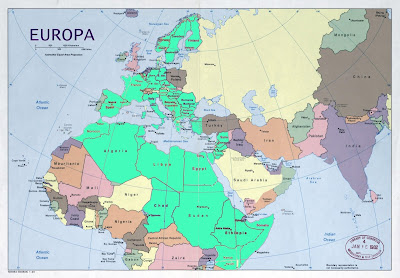