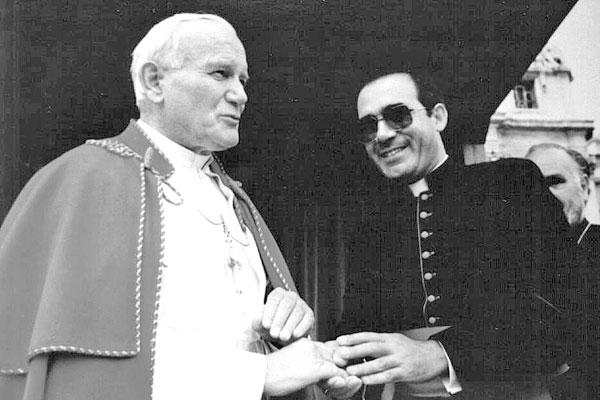 If you desire any more proof that where the vultures are gathered, that there will be the carcass,  the Pater Pope appointed the heaviest of hitters in the whore of babylon's black robe in Pedro Lopez Quintana to Vienna Austria as the Vatican's ambassador.

Qunintana is the Jesuit's premier diplomat having been sent in by John Paul II to all areas from Lithuanna to the Balkans, where the Vatican must tread lightly as it rides the beasts of government risen from the seas of mankind, and now in this last phase as the European Super State rises to prominence, the Pater Pope has sent in their most experienced representative to monitor Sebastian Kurz and remind the Chancellor of who his  right leg bends for. 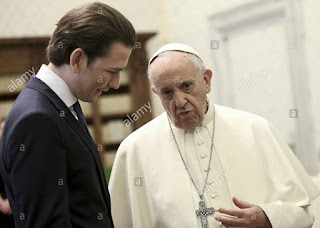 
I view this as what it is, Pater Francis grabbing the reins from and I do mean rein and not reigns from Sebastian Kurz and making himself defacto King of the Habsburgs. Francis has chosen a Spaniard of substance and skill in order to manipulate Kurz, and  in that, one can begin to understand why in Revelation that the coming anti Christ turns on the Vatican and the Pater's followers, as Sebastian Kurz just finished assembling the Holy Roman Empire and the Pater Pope is sending in an emissary to sleep in the Chancellor's bed.

Pope Francis has appointed the Spanish Vatican diplomat Archbishop Pedro Lopez Quintana as the new apostolic nuncio for Austria. This was announced by the Vatican and the Nunciature in Vienna on Monday. The 65-year-old Lopez has been the papal ambassador to Lithuania, Estonia and Latvia since 2014. As Nuncio in the Baltic States, he was one of the successors of the previous Pope's ambassador in Vienna, Archbishop Peter Stephan Zurbriggen (75), who retired at the end of last year.

Cardinal Christoph Schönborn is very pleased with the appointment of the new nuncio. He was "grateful that relatively quickly" the successor to Archbishop Zurbriggen, had been decided by the Pope, said the chairman of the Austrian Bishops' Conference in the first reaction to the news agency "Kathpress".

"From his previous duties, it is to be expected that the new representative of the Pope in Austria has a broad view and rich experience," said Cardinal Schönborn, referring to the previous work of Archbishop Lopez in India, Canada, the Baltic countries and in the Vatican State Secretariat. "I am very much looking forward to working with Archbishop Lopez on behalf of the Episcopal Conference," concluded the cardinal.

This is of course going to breed friction, as it did with King Henry, with Adolf Hitler and whoever else the Vatican decides to remind where the right leg bends.

The Vatican has always been seeking a sword to do their dirty work. Kaiser Wilhelm wrote of the Pope trying to get him to use the German military to enforce Vatican rule. On the heels of Chancellor Kurz's victories will be the Pater Pope in parade seeking to be glorified and taking credit for all of the labor the Chancellor has completed.

If the Chancellor does not keep in check the progress of this, when he establishes the global capital of Jerusalem, the Chancellor will be on the outside of the gates looking in, at the King of Jerusalem, Francis I. It is extremely difficult once one has the mob riled up not have them laying palms down as you ride into Jerusalem, and hating the political leader has a mob screaming outside his residence for the head of some religious competitor. In this case, it may be as in past Vatican intrigue, of the popery screaming for the Chancellor's head.


Nuncio and deputy of the Vatican "Interior Minister"

Pedro Lopez Quintana is from Barbastro, northern Spain, where he was born on July 27, 1953. After the priestly ordination on June 15, 1980, he received his doctorate in canon law and joined in 1984 in the Diplomatic Service of the Holy See.

Lopez initially worked as an employee at the papal representations in Madagascar, Philippines and India, as well as in the Roman Curia. From 1998 he was Assessor of the General Affairs Section of the Vatican Secretariat of State. In this role, he worked for almost five years as a substitute for the then substitutes (Vatican "Interior Minister") Cardinal Giovanni Battista Re or Cardinal Leonardo Sandri.


As the Pater Pope hands over authority to the Chicoms in China and brings the Muslim puppets to heel in the war against Protestants, the real authority is taking seat in Vienna as a sign where the real power is, and to remind Sebastian Kurz that bends at the knee for Pater Francis.

At the end of 2002, Pope John Paul II (1978-2005) named Pedro Lopez Quintana Titular Archbishop of Agropoli and a few weeks later Apostolic Nuncio to India and Nepal. The episcopal consecration John Paul II personally donated on 6 January 2003 in St. Peter's Basilica. Pope Benedict XVI. (2005-2013) appointed Lopez 2009 nuncio to Canada. After a brief return to the Vatican Secretariat in 2013, Lopez served as nuncio in Lithuania, Estonia and Latvia since the spring of 2014.

Archbishop Lopez speaks five languages, including German. When exactly the new nuncio will arrive in Vienna, is still open. After the departure of Archbishop Zurbriggen as nuncio leads since December 1, 2018 Nuntiaturrat George Panamthundil as Chargé interim the Apostolic Nunciature in Vienna. After successful accreditation, the new Nuncio as Doyen will hold the honorary precedence in the Diplomatic Corps in Austria.

It very well will be  in the above translation a Truth which only one man will stand as victor and Fuhrer of Europe as two contend for the work of the Habsburgs now. 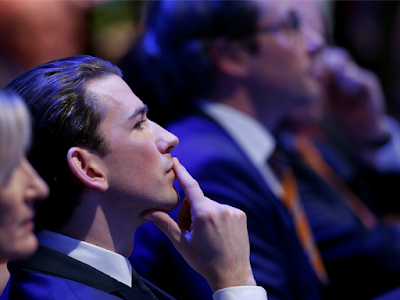 It is not that I do not trust you Sebastian. The Apocalypse says that you turn on the false prophet, so think of it more as, I am going to get you, before you get me.