My name is irrelevant, but I am going to tell you all about something I participated in

It is interesting in the preferences which assassins gravitate toward. In the following list are the chosen weapons of a kaska in the Mossad who was part of the assassination unit of the kidron.

These aer not exact weapons and when Victor Ostrovsky speaks of a high powered Baretta 22, it is not clarified if he was speaking of a non existent Browning Hi Power version or a 22 Winchester magnum. Drory liked the 22 in not requiring a silencer, but in that the Europeans have a charm for the Italian 22's and while they are very good guns, especially for the Jewish Fast Draw, where they sew led into the lining of their coat, draw the weapon and fire until the point they are able to put a bullet into the brain of the adversary (again, with a 22, two bullets are the best medicine in protocols to make sure.), but from an American bias I prefer the Ruger Mark I through IV series which were the choice of hit squads the Americans produced, including silencer attached.
The Parabellum and Ruger Mark are the same weapon design, while the American fires a 22 LR and the German a 9 mm, again I consider the 9mm a weak cartridge.

Not on the light side is the Israeli Desert Eagle in 44 magnum and 50 magnum. A good heavy gun which is about all one can expect of a hand cannon.

I could not find a correct stiletto as Drory mentioned more of an hour glass type style, which would allow easy access between the ribs, allow a twisting motion to do maximum damage to lung or arteries, then righted and pulled out, leaving a would enclosing on itself, without blood.
Like all things thin, they break, like all things too wide, they do not allow the twist of the knife or create too much blood. A good knife is hard to find in civilized assassinations. 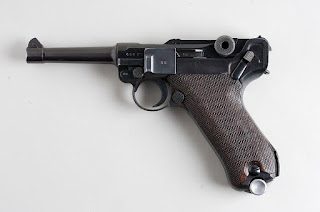 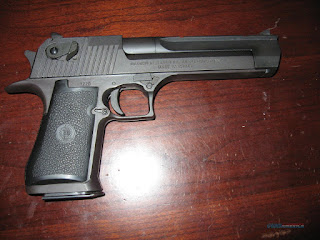 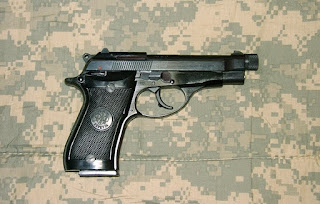 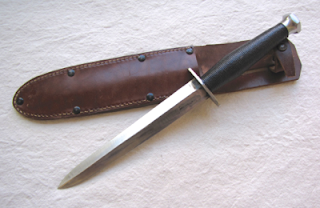 
I have always been of the school in training for things to go wrong, as they always do, even for the experts. Margins for error mean you live and the other bad person does not live to inflict damage, call attention or murder you, even with your own weapon.

In the above critique of a Mossad expert, it would go something like, the 9mm failed to penetrate bone and the enemy shot you full of holes. The Eagle even with silencer provided too much concussion that people heard it, one was police and started spraying bullets at you, and you died, becoming and embarrassment to the Jews.
The semi auto 22 jammed, and the enemy fled, alerted their bad guy security and they appeared with non jamming high powered rifles shooting through your position and filling you with holes.
Lastly, oopps my slim knife broke as for some reason the big guy twisted his big body, broke the blade as he elbowed me to the skull, breaking my nose, knocking me out, and living long enough for me to never know that the knocked me out and stomped in my skull.


Odd no mention in the Mossad of German steel toe and sole boots. The Landsers adored them, as a kick to the crotch not only castrated Russians, but broke pelvis and left the communist in fetal position on the ground, awaiting the coup des grace.


As stated, every trained governmental operative has their preferences.  This just happened to be the Jews, and while they are on the arrogant side, this does not make one invincible or Solomon smart.

Being comfortable with your weapon is 93% of the operation. Comfort has weapons perform in trained hands effectively most of the time.