Chaff in the Wind 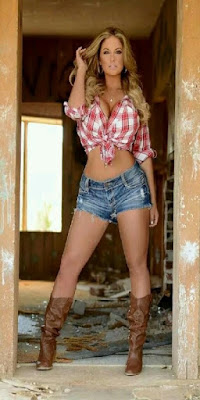 
On Zerohedge, TL has noted a collection of commentators who literally have their heads up their asses when it comes to the reality of farming and ranching on the Plains in association with HAARP in the stories posted there. They simply have no idea what this country, this people and this land is as they are in many ways like Mark Levin waving his hands around about ethanol evils for his Big Koch in thinking all ground is interchangeable in wheat, soy and corn production as Rush Limbaugh speaks about Ummmm Dakota, as he has no idea which state is which.

Monanto has done a very good job into turning American crop plants into noxious weeds. American corn is poison to insects, it is immune to chemical salt baths like Round Up and they have put genes into it, that must be from a cactus as this corn and beans will produce crops on arid lands where only wheat used to grow.

In areas where 30 bushel wheat was a rare occurrence with  old varieties in good years, wheat will now produce 50 bushels in bad years. The higher production though means less nutrition, but that is not the discussion here, as the education you are receiving is about farming and ranching in America.

Much of the land on the plains is sand, a black sand, over gravel and clay, which  the glaciers deposited. It grows crops well, in it used to have just enough rainfall over just enough growing season to produce crops. Each state has it's own methods of growing crops in times which are being planted. Kansas is not the bread basket of America, but the pasta basket in growing winter wheat which is a bi annual crop that requires moisture and snow cover for the crop to winter over. What in the spring wheat is the bread wheat is more northern and into Montana crop. Monsanto has moved corn and beans into North Dakota where it had not been heard of since the days of squaw corn.

In understanding all of  this, wheat or cereal grains require around 110 growing days. In some areas like South Dakota, there is not 110 growing days in  a year for corn, but yet it will produce wheat. That will sound impossible until you understand the riddle of it all. Wheat in the northern plains is planted around April 18th, when snow can fall and frost is still common. This grass will still produce a crop and thrives in these conditions. Corn would burn off and die in that kind of cold. That is how farmers gain 110 to 130 day growing seasons for wheat, is because wheat will take cold while corn will die.
The key in  wheat though is it will not produce in hot weather. The grain kernels like all grains in heat get "lighter" as chaff. Heads will not fill and all sorts of failures occur, and that is why wheat has to head out in cool June weather, and then ripen in hot dry July and August weather.
Corn and soybeans on the other hand will make pods and ears in this hot weather without suffering production up to a point, which will affect if late in the year if August is lacking rain as much as September.

The reason you are being educated in this, which farmers know from the time they are 5 years old in how the planting seasons are undertaken are the dolts in the comment section of Zerohedge. The claim that spring flooding does not matter and that sands burying croplands are not a problem. It is a definite problem if those grounds do not dry out for planting and if that sand is deep as it is, as it will not hold enough water when it does get summer hot, and the crops will whither and not produce grain. Monsanto still does not have genetics which will produce crops in a crematorium.

So from the Canadian border, to Texas, from Montana to the Ohio, there are windows to planting crops. Where the flooding has been harsh due to HAARP which is why I was harping about this when the weather killed the mother off last Thanksgiving, is that every day matters in this region. Delay planting a week and it will drop production. Delay it two weeks, and wheat will not be planted for your bread and corn and soybeans will instead be planted. Try eating that shit for your toast.

Enter into this our beloved Donald John Trump who has been pricking around for months in his China trade wars, in which American farmers have been robbed of prices. What you do not know is China buys most of the soybeans. Americans have little need for this shit crop. Chinamen though feed it to pigs and chickens and the meat tastes like it was fed soybeans. American farmers are not planting soybeans due to Donald Trump's trade wars, and are shifting more to corn as the main crop.
So less wheat, less beans, more corn.......and here is a little insight into something you may have noticed in sugar prices have been up all winter, including brown sugar. Now why would that be? Because the Weather Mods in October sent in a blizzard to North Dakota which raises SUGAR BEETS. That storm as I warned you almost wiped out the soybean, corn, potato and yes sugar beet harvest. That was the first stroke of HAARP which all of you did not comprehend, because none of you reading this have one idea about what agriculture is any more. So now the move is to corn for 2019 AD in the year of our Lord. Corn is a forgiving crop up to a point. It can be planted in mud and grow. It can not make a crop under water or in mud though.

Corn comes in short season, mid season and long season varieties of 90 days, 100 and 120 day corn. Again with the soil wet this spring, each day moves corn to a shorter growing season, as on the end of the season if an early frost from HAARP comes, a farmer can not run creamed corn through a combine. Wet corn at frost will not mature, and all you will be left with is, chaff on the cobb after it dries out.

Now why this all matters, is the flooding which you think is over. It is not. The wet ground was beginning to dry out, but last week Nebraska east was pounded by more heavy rains. This past weekend dumped over an inch of rain from Montana east to the Ohio. The ground is not drying out, and it will not be drying out for that magic third week in April planting date across America on the northern plains. The planting dates move into May in Iowa  and Missouri south, but each wet spell is creating delays, and what I am warning you of from Bones Watertown South Dakota focal point, as HAARP is being unleashed again in the United States in a major 3 day storm which will be epic. It is going to be heavy rains, ice and snow, followed by very cold temperatures again into April 14th.


The planting grounds which are wet, are going to have snow on them, be deluged again, it will take a week for this snow to melt, another 3 weeks to dry out IF IT DOES NOT RAIN OR SNOW AGAIN, and by that time, we are dealing with May 14th as a planting date.
Oooppps, even the acreage which was to go into wheat is going to have to shift. Farmers do not want to plant soybeans as the market is not there with China and Trump trade. That leaves corn and there is only so much corn that can be planted........and whiz kids, these Monsanto crops are hugely expensive now in farmers have to order seed far in advance, and with this much expense that farmers are running literally million dollar planting bills in the amount of land they farm to make a profit, that they are stuck with wheat seed which would not produce a crop and then have to purchase even more expensive corn seed to try and get a crop, as they do have to stick something in the ground to get a USDA disaster payment.

The doomsday clock is ticking. HAARP which was unleashed to force Americans to purchase their own oil and gas from Saudi owned CITIBANK loans, now has HAARP targeting the American food supply in ruining the planting season.

It is all there, and no one save this blog has written of this nor has anyone linked all of this up, save this blog. There is though a major problem generating throughout the American heartland. Someone has deliberately increased energy prices to rob Americans and now that someone is ruining the bread flour supply in the United States and it is all coming from HAARP.

This is something people should pay attention to, but what I am writing about is so foreign to the majority of people, because they have no idea of what food production is. I am not stating you will starve. I am stating that someone is going to charge you a great deal for food if this progresses and lack of food in the world has a way of making for world wars.

Once again, this is another Lame Cherry exclusive in matter anti matter, because this poor orphan girl apparently is the only one left in this world who will expose any of this.