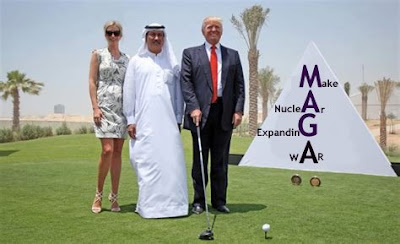 
Just a question for you, in your having problems with Trumpflation in high fuel and food, high Trump Taxes and Trump's Visa Vermin taking your homes, do you think you would like 100 million dollars of your money to be given to Muslims, who are Kurds, who are the same people who Obama called ISIS, as ISIS  was nothing but Kurds with Obama oil trucks and weapons, stealing oil out of Iraq and Syria, selling it to Turkey and the money was laundered to US politicians and CIA black operations.

Were we not told that Donald Trump just declared victory over ISIS? Yes we were.


And yet this report has surfaced that Donald Trump has his own Obama terrorists, not armed with Benghazi weapons, but armed with not only American advanced multi million dollar weapon's systems, but Tel Aviv weapon's systems........meaning part of Jared Kushner's "peace plan" is you being billed for Jewish created weapons, being sent to Muslims, whose entire purpose is to protect American oil companies pumping oil out of Syria......or more to the point stealing Syrian oil from Syrians, for more CIA  black operations. 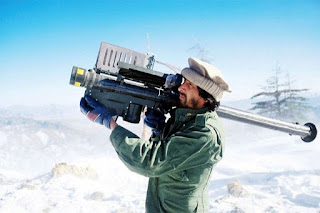 It noted that the said military shipment included advanced missiles, US air defense systems, Israeli anti-Tank Spike missiles, shoulder-mounted surface-to-air Stinger missiles and drones.
The advanced weapons delivered to the Kurdish fighters were transferred to a clandestine depot near Ramilan Airbase in Hasaka province which is guarded by the US marine forces and Kurdish fighters.
In a relevant development last week, the media reports said that the US dispatched a large number of trucks packed with new military aids to the SDF in Eastern and Northeastern Syria.
A US military convoy comprising 30 trucks loaded with weapons, military and logistic equipment has arrived in Ain al-Arab Airport in Northeastern Aleppo, pro-militant al-Khabor news website reported.
Al-Khabor, meantime, said that the SDF has discharged four weapons depots in Tal Bidar, Ramilan, al-Shadadi and al-Malekieh in Hasaka province and sent their weapons to arms depots in Ra'as al-Ain in Northern Hasaka, Tal Abyaz in Northern Raqqa and Ain al-Arab in Aleppo as well as al-Amar energy zone in Eastern Deir Ezzur. 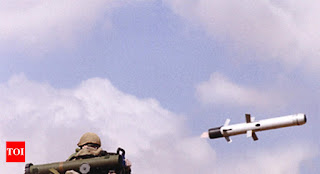 For those who remember the Lame Cherry told you that something is not right in Mike Pompeo stating that the United States is not going to attack Iran, and here comes a first clue in the Trump Kushner Pompeo war in the Mideast, against the allies of Russia, Iran and Turkey. The Kurds are a very expensive Trumpajadeen, meant to be a catalyst in starting what is concluded will be a nuclear war in the Mideast.

https://lamecherry.blogspot.com/2019/04/grundlegend-mein-lieber-watson.html
- Lame Cherry Patterns are important. Cause and effect are important. Equal and opposite reaction are important. Observation is important. Assemble the above and the projection of actions today predict the results of tomorrow. - Lame Cherry Sputnik afforded a closed door report by Secretary of State Mike Pompeo in Dallas Texas to Iranian Nationals.


I hope you caught in the above press release that Donald Trump just handed over to Muslims, shoulder fired surface to air missiles. The last time this took place under Ronald Reagan, it brought down the Soviet Union air force in Afghanistan, but it was factored out, that TWA Flight 800 was brought down over New York, by Iran, which Bill Clinton covered up, and chances are that passenger jet was knocked out of the sky with an American missile the Iranians got their hands on.

Donald Trump after promising all American Soldiers would leave Syria, has left 400 US Soldiers illegally on Syrian soil, in direct connection to a massive arms shipment to oil pirates, in some very nasty missiles that can shoot political vehicles on city streets and airliners out of the sky again.

This Kushner Peace is rather a peace that looks like the excuse for a nuclear war in the Mideast. How long do you think it will be before nuclear Turkey,  nuclear Russia or nuclear Iran start retaliating on the United States when their planes and  limos start getting hammered? How long do you think it will take before several of these missiles go missing from Trump's Trumpajadeen and end up in America or American bases, swatting American civilians like before?

As you can see, these weapon systems are small, light, transportable and provide massive firepower over extreme distances. Why is Congress not asking this Trump Trans who authored these sales, and more to the point, what the hell are the consequences of deploying them, if they start showing up in the United States?

Does the United States have the right to steal Syrian oil? Does the United States have any national interest in now being the largest oil producer, in having forces deployed in the sand dunes of the Mideast, endangering Americans for no other reasons than Tel Aviv banking and Saudi Arabian ownership of Citibank?
Is any American city worth being lost to a nuclear false flag, any civilian jet worth being attacked or any American asset, including a nuclear power plant, due to arming Trump's Trumpajadeen to protect American oil looting in Syria?

I say absolutely not.

Yet no one else is declaring that. Over 500,000 Syrians, many of them Christians were slaughtered from Obama McCain ISIS terrorists, and now these same oil pirates are being armed with more advanced American and Jewish weapons, which can be turned on Americans, and which when deployed will bring retaliation by Russia, Iran and Turkey.
Obama's terrorists made Trump's terrorists are not freedom fighters. Kurds at war in Syria are no different than China handing over Stingers and Spikes to Mexicans to shoot at Texans over Texas oil fields. 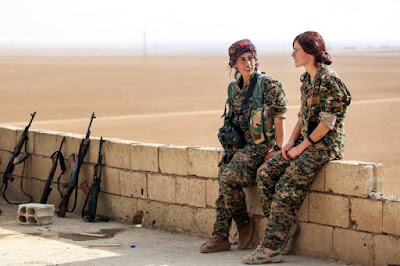 I forget Asya, are we Obama's good terrorists
or Trump's better terrorists?