Oh Canada, My Kind of Elections 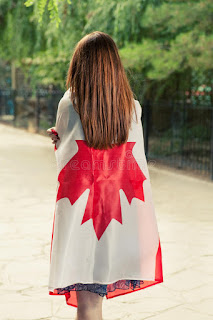 
Well Justin Trudeau after tomahawking an Indian, has produced a coin for queers to shove up their genital or anus for pleasure, a whole dollar's worth.

On another note, elections were held in Prince Edward Island, where the liberals were supposed to win, but instead the Progressive Conservatives won.....no wonder a fag like Trudeau  is ruling in Ottawa.

I can though get into Canadian elections as the following event happened to highlight the PEI elections.


In Prince Edward's Island, the election campaign ended on a tragic note, as a Green Party candidate and his son drowned after their canoe capsized

Why can't obnoxious politicians drown and take their sperm donations with them in the United States?

I don't quite get it though in the Green Party in Canada has elections where a living Greeno runs against the dead Greeno, or something like that.

. A by-election will be held in that constituency at a late date.


So coins up the gay ass, fake conservatives winning minority status against dead leftist cranks, who are murdered by mother nature.

Canada makes the democratic 500 running for their nomination look sane.

Oh by the way, as the Lame Cherry seeks always to help head up the ass or coin up the ass liberals, this is Josh Underhay, the Greeno moron, who took a canoe out, 3rd week in April in Prince Edward Island.
For the record it is COLD in Canada in April, so you do not go out in a canoe with your 6 year old kid endangering them, because canoes TIP OVER in being unstable.  So the end result is it being so cold that you and the kid both croak.

For the record if this moron threw a ball into traffic and told the kid to fetch it, it would be not celebrated. Danger is danger and stupid is stupid.