The Apple of God's Eye 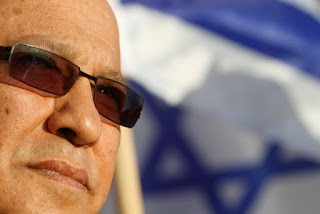 
The propaganda which has been created by the elders of the Jews has shaped an entire world of hatred by design and an entire world of the victim Jew, always being the apple of God's eye. In the 1980's a very brave whistleblower who was a Mossad officer, a Canadian, Victor Ostrovsky blew the whistle on the out of control state the Mossad was in. They had toppled Prime Ministers, were nothing but death merchants selling weapons and were chain smoking sex perverts who absolutely zero morals.
The Mossad was creating a work force of sociopaths, and those sociopaths were teaching from the past 40 years every security agency in the western world and the far east who to intimidate and terrorize their own citizens. The trouble in the United States from federal and local police, the entire creation of the police state, all reckons back to the Mossad and their methods of selection and training people who will always follow orders and inflict the maximum damage.

It is worth the time to read the following quotes below in how the real Mossad was and is. To understand that the Jew without Christian Grace, is converted to an attitude where they prey on and eat their own. The following event takes place at the Mossad training Academy, by the Prime Minister's residence.


What the hell was that?, I asked Michel
Let's go and see, he said
Wait. Wait, said Heim, Let's go quietly.
Better yet, I suggested, Let's go back to that second floor window and see what's going on.

The noise continued as we stole back into the Academy, up the stairs and over to the window in the little bathroom, where I had been held in my pre course test.

I'll never forget what I saw next. There were about 25 people around the pool and none of them had a stitch of clothing on. The second in command of the Mossad, today he is the head was there. Hessner, various secretaries, it was an incredible sight. Some of the men were not a pretty sight, but some of the girls were quite impressive. I must say they looked better than they did in uniform. Most of them were female soldiers assigned to the office, 18 to 20 years old.

Some of the partners were in the water playing, some dancing, others were on the blankets to the left and to the right having a good old time vigorously screwing right there, I had never seen anything like  it.

Let's make a list of who's here, I said.
Heim suggested to get a camera, but Michel said, "I'm out of here. I want to stay in the office. Yousy agreed and Heim conceded that taking photos was probably unwise.

We stayed there about 20 minutes. It was the top brass alright and they were swapping partners. It really shook me. That's sure not what you expect. You look at these people as heroes. you look up to them,  and then you see them having a sex party by the pool. Mind you, Heim and Michel did not seem surprised.
We left quietly, went to our car, and pushed it all the way up to the gate. We didn't turn it on until we were through the gate and on down the hill.

We checked later and apparently these parties were going on all the time.

Hessner was lecturing the next day, and I asked him a question. I had to. I asked how his back was. He asked, Why.
You walk like you strained it, I said. Heim looked at me then and his chin almost hit the floor.


By Way of Deception
Pages 96 and 97
Katsa Victor Ostrovsky 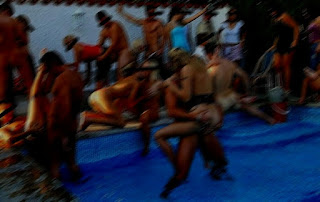 The Mossad made a point of only hiring pretty young compliable army girls who would take orders and follow them. Women in the 1980's were ordered to be a part of Mossad, and Ostrovsky's first class contained women in it. One became a life guard, as the Mossad was not about to have women included, as no Arab would take orders from a woman. In the Mossad, they hired foreign whores to service Arabs, but saved the Jewish girls for themselves.

Most of the secretaries in the building were very pretty. That is how they were selected. But it got to the point that they were hand me downs; it went with the job. Nobody screwed his own secretary. That wasn't good for work.


This is the headquarters of the Mossade from Google Earth. This is the building were with 1200 employees and barely 35 operatives, and a number of assassins and technicians, have by psychological manipulation brought traitors for hire of all nations to betray their people, as the moto is what is good for the Jew is all that matters. 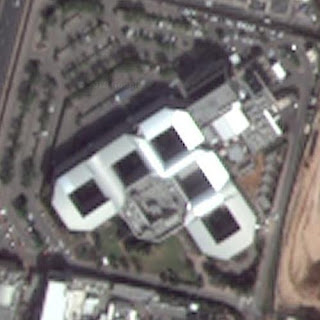 Well it is only some Jews, as the Ostrovsky book was unleashed upon to be banned, but the censorship failed and it and the author still survive as a testimony of what is gone wrong with an organization without any limits placed upon it. When a Prime Minister is threatened, just as Donald Trump has been threatened by John Brennan and James Comey, you are witnessing the same chimera, without beginning and without end.

You are witnessing an elite and the elders who prey upon their underlings without one bit of remorse as to how it shatters lives, and how their sacrifices are of no consequence when it comes to the power of animal lust, in power over people to get them to do things they would never do, is the code of the Mossad.

You had combatants who were away for two, three and even four years. The katsas who ran them in the Messada were the only link between them and their families. There was weekly contact with the wives, and after awhile there was more than conversation, and they ended up having sex with the wives.
This is the guy you trusted your life with, but you had better not trust him with your wife. You'd be in an Arab country and he'd be seducing her. It was so common that if you asked to work for Metsada they used to say the question was, "Why are you horny?"