Once Upon a Donald 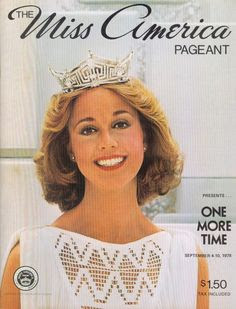 Does she or doesn't she......
Only her  Doncologist knows for sure.


Donald Trump in 2020 is starting early, and the Protector of America in Robert Mueller is his perfect Joseph Goebbels, in Mueller has produced a report which irrational democrats will joust at Trump with, and Donald Trump's shining armor and white horse will only become more gleaming and white.

He has a perfect cast and chorus. Roger Stone is caustic. George Papadopoulos is boyish and Jerome Corsi is the Alamo.


That little document Robert Mueller crafted is now Donald Trump's weapon and it reminds everyone that Donald Trump was unfairly treated and that every person indicted and sitting in jail who are American are victims in this, a grieving wound of sympathy normal Americans will respond to as Americans have a great deal of affinity with Mr. Trump in cops with speed traps and the gem of the IRS making everyone feel like criminals.

The Question in this as the magic Mike Pence has  now appeared again, now that Donald Trump has been vindicated. Mike Pence is a real rabbit who just knows how to jump out of the hat at the applause. That question is that can Donald Trump ride this as the political opponent he is running against for the next 18 months instead of the 500 democrats put into the race to elect Mr. Trump. VP Mike Pence: ‘The American People Have a Right to Know Whether the Initial Investigation Was in Keeping With Long-Standing Justice Department Standards — Or Even Lawful at All — We Must Never Allow Our Justice System to be Exploited in Pursuit of a Political Agenda’

That is a rhetorical question as the election is going to be awarded Donald Trump as he is the choice of the deep state which elected him. Yes the deep state did elect him with the DIA as a front, and this was all about flushing out the Missing Link who was already known.


For those who remember this blog in the dreamy times of the Trump run for the Presidency and the modus operandi suggested in criminalizing  the Obama regime, which was crooked to save Mr. President. That suggestion  has now become reality.

Attorney General William Barr as this blog has exclusively noted was the lead investigator on the theft of the PROMIS software from Inslaw, by the US Government and the Mosaad. The entire undercurrent of Russiagate is about computer data and software, and it is all PROMIS based.

So you mean that a very complex operation was unleashed to catch the criminals involved in a greater overthrow, would use a Presidential election as the foundation for an investigation.

I wonder though about the innocent Christian, Judge Roy Moore, as he is polling for the US Senate, and there was Donald Trump with his now absent John Kelly who submarined this innocent man in a frame. And then there was little Ivanka who said Christian Roy Moore belonged in hell.
Just how does National Socialist Donald run a campaign where in the background for the entire Southern and Christian vote is the heroic Judge Roy Moore, reminding voters how Donald Trump ran his own Jewish Sanhedrin to cast the first stone in the Judas sell out of Roy Moore for 30 Pieces of Silver.

Donald Trump has ready made campaign. He runs against the system and he never has to mention a democrat by name, making them presidential, and just leaving them as the democrats who are the poster boys for the police state seeking to destroy America.

The minute that Attorney General Barr starts indicting Obama's criminals, this all goes to.......

Joe Biden as he was in the White House.

Bernie Sanders as he worked the deal to throw the election to crooked Hillary.

Kamala Harris and Corey Booker.......part of the conspiracy and black as Toby's ass like Obama.

That leaves Peter Buttplug and smelling  like anus is not something that Donald Trump even needs to tweet about.


It's almost as if someone had this all planned out.

I suppose we have had enough WWE, and it is time to sit back enjoy some Perry Mason. 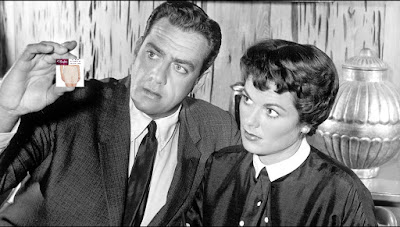 Della it is a Perry Mason Petite Girdle in Extra Large.
Just add me and astonishing things happen.


He wore a very large girdle you know.