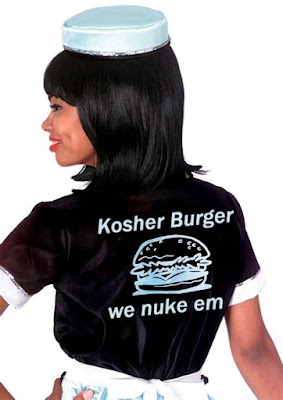 Now that the story has been picked up by other media concerning the uncovering of Bush officials, with Mike Flynn, and led by Jared Kushner, to sell 40 nuclear power plants to Sunni Islam.

Now we have a new reality in after two years of people inside the Trump Trans ordering Trump officials to not be engaged in pedaling nuclear power to Egypt to Saudi Arabia, the reality is that gay Rick Perry, has taken over the Mike Flynn venture to "legalize it", and now John the hero McCain's sweaty Marco Rubio gay boy, has unleashed on Perry in trying to stop the providing of nuclear technology to the Sunni.


To understand all of this, this all began in Bush41's era, in after the fall of the Soviet Union, he with the British began looting the Soviet Union. Bill Clinton warned these people during his administration that they could not keep humiliating Russia, but the end result was the KGB decided to tie a real problem to the United States by selling nuclear warheads to Saddam Hussein and the Islamocommunists of Iran.
Saddam Hussein received one heavy, which would not carry on his light Scud missiles, while Iran received an assorted dozen of artillery to heavy nuclear warheads.
Saddam's was re acquired in Gulf War II, by it being flown back to Moscow, while the Iranian Shia, had moved onto new frontiers, by acquiring Dr. Khan's cone shaped warhead design, which Pakistan had produced, along with North Korea. The Pakistan project was funded by the Saudi's with the understanding that they would have access to the Pakistan nuclear weapons. The net policy under Bill Clinton was that the Saudi's had nukes against the Iranian nukes and Pakistan had nukes against the Indian nukes.

Now we reside in a new world of Kushner, Tel Aviv rule at 1600 Penn Avenue, as a new alliance has arisen in the Mideast. One the one side, the United States is backing most of the losers in Jordan, Judah, Saudi Arabia, with Egypt. Egypt is the only viable 'war machine', in Sunni land, while they stand against the Shia of Turkey, a NATO nuclear power, Iraq a population center, Syria backed by Russia, and the nuclear and population power of Iran. Of the billion Muslims, most are Shia and the power is Shia, so of course the United States is backing the Jews who are going to not be a people as the Muslims are outbreeding them, and the Sunni are all weak nations, compared to the emerging power of the Turks and Iran.

So we have now in commerce, selling American nuke technology to the Sunni to bleed out of Sunni OPEC billions in the fiction that they will be around in 100 years using electricity, protected by their nuclear wands. Revolution will have seized those regimes and if not that, 40 nuclear power plants shot holes in, will produce 40 Fukishima's to genocide the Sunni. One could see Tel Aviv appreciating all of this as now being allied with Saudi Arabia, Iran will be nuking the House of Saud and not Jewry, and what could be a better Trump Wall or Wailing Wall, than a Nuclear Pollution Wall which no Shia will ever cross, as shitting blood from radiation exposure is a very good protection for Jewland.

As an advocate of America first, I just can not see much benefit in awarding Saudi Sunni more radioactive material since they own the American oil shale, and that has been stolen from Americans, HAARP weather wars has been destroying America to sell that gas to Americans, as Americans are expendable and being replaced by Donald Trump Visa Vermin Jesuit Mexicans and more of these Muslim hordes, which get America I suppose as Sunniland is going radioactive.
Granted in this, Jew City in Gotham probably in this Tel Aviv plan is going to be nuked, in order get rid of those push Jewicans, which Tel Aviv wants to be rid of like the elders did with the ghetto Jew.


Now in the grande scheme of the 'big game" do I think that trading the American HAARPLAND for Jesuit Islam from Protestants, doing the Micwave on Jews in New York along with the rats in the maze there., so Bush fam can get a few billion from OPEC Sunni, give Jews a Radioactive Sand Wall, that Europe can use to protect itself from a Chinaman invasion as Tel Aviv gives the Double V in the Vatican and Vienna a place to have pig sex on the altar?  No and No.


As stated I am America centric and I am more for just taking north Mexico and having Texans drive that shit in California into the sea, as the Rangers are not doing anything. I also just want to take back the trillions the Rothschilds looted from America and I don't give camel shit about the sand spit in the Mideast. They have enough nukes so let them nuke themselves without the United States.

I know if Americans were running things, that the borders would be secure and most of this chit in DC would be mass hung for treason, but all this is about is Marco Rubio's Missing Links are not getting their cut of the billions and that is why Sweaty Palms is acting like he is on the rag from a bloody discharge.

This is serious stuff as it all brings the Obama Muslm wars to America, which are enhanced now by the Muslim owners being involved in the Cartel Jews and the Vatican Jesuits, whose main rendering of America is genocide of the Protestants who God blessed and built America.

Yes let's Obama the Mideast in putting it in upheaval and let's now sell 40 nuke plants to Sunni, so the Shia will target the United States, which solves the Jewican and Protestant problem for Tel Aviv and the Vatican.

It is the point that I really do not care about any of this shit any more. The rich people are whistling through their own graveyards and I work my ass off for nothing. No point in it for me as nothing is going to change as  this is in the spiral rush as this is a George Orwell unpublished novel worse than Animal Farm, it is more like 1984 meets Exterminator's R US, and we is the roaches in the nuclear roach motel.

Enjoy your onion rings with ranch dressing, as it hides the onion flavor.