Lighting up the Board 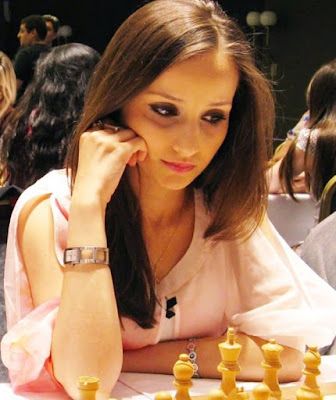 The saga of George Papadopoulos is one which his Italian wife, which is one of a young hustler making it into the big leagues, the way most people who were attracted to Donald Trump, soon enough found themselves involved in something which complete Twilight Zone.

As what happened to Papadopoulos was a classic intelligence operation as engaged in by MI and the Mossad, who just happened to have both were shadowing this Trumpster. To explain the peripherals in this, for what happened to Papadopoulos, it is certain that someone inside the Trumpsphere was alerting intelligence sources on the outside what the Defense Intelligence Agency's boy Donald was engaged in, and in contacts.
When I first noticed Papadopoulos, he fit the profile of a plant, but from his story now, he looked more like a target, a weak link into the Trumpshere in order to frame Donald Trump.
From the group targeted in Carter Page to George Papadopoulos, the intelligence association behind this, went hard and fast in the sell. It was rough and meant to be. This was not like the Mossad in looking to corrupt people who were already corrupt, this was a planting intelligence in an operation meant to link Trump to things and tie up his administration for years, in order to move Donald Trump from MAGA to what he is currently making globalist again.

What caught my attention in this was Papadopoulos finally naming names in the FBI Legat in London, who literally was the operative who set all of this up. A Legat is a Legal Attache. This becomes a bit more involved with the Protector of America in Robert Mueller, who this Legat was connected with after 9 11, personally to Mueller and then the reality that all of these Legats are the personal representatives of Robert Mueller. Mueller was revamping the entire FBI in moving the old school out and the new school in. Gregory Bretzing of the infamous murder of LaVoy Finicum, and was rewarded handsomely for it in leaving the FBI.

Two FBI Legats who were Mueller's proteges apparently ran this operation. One was the London Legat who suggested Papadopoulos meet with an Italian and MI6 operatives from Malta in a Professor Joseph Mifsud. The other who appeared along Peter Strzok for the beginning of Operation Crossfire Hurricane,  was the Legat in Rome.

https://archives.fbi.gov/archives/news/testimony/the-fbis-legal-attache-program
The Legal Attaché Program . The foundation of the FBI's international program is the Office of International Operations and the Legal Attaché, or "Legat," each of whom is FBI Director Robert Mueller's personal representative in the foreign country in which he/she resides or for which he/she has regional responsibilities. 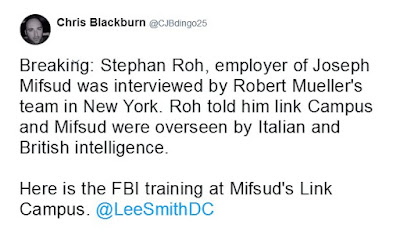 All of this begins sounding like a who's who in the Mueller investigation in the framing of Donald Trump. The links in London are MI6 operations and the ones in Rome are Italian intelligence, MI6 British Intelligence and if they  are involved, with all the Jewish Sayum shadowing Papadopoulos, the Mossad was all over this.


The Papadopoulos/Downer meeting has been portrayed as a chance encounter in a bar. That does not appear to be the case. Papadopoulos was introduced to Downer through a chain of two intermediaries. Papadopoulos knew an Israeli embassy official in London named Christian Cantor who introduced Papadopoulos to Erika Thompson. Thompson was a counselor to Downer and served in Australia’s London embassy.


Downer has long-standing ties to UK Intelligence firm Hakluyt, having served on the Advisory Board of Hakluyt’s Parent Company Holdingham from 2008-2014. Hakluyt’s top officials come from MI6. Several Board Members, like Sir Iain Lobben, come from GCHQ – the UK’s NSA. Former MI6 Head Richard Dearlove has a number of ties to Hakluyt as well.


If you set foot in any Israeli embassy, you are Mossad, a katsa, running an operation in London, and with the full support of MI6. A Jew named Christian Cantor? That sounds like a Tel Aviv stolen passport out of Canada for a katsa to operate under.


The most interesting part in this, is that the Rome operation of LINK Campus is a CIA asset that trains several intelligence operatives. In addition LINK is connected directly to the Ukranian Crowdstrike which fingered the Russians for the DNC and Clinton break ins, when the Russians had nothing to do with it. In fact, Seth Rich copied the DNC files for Wikileaks and was murdered for it.
This all ties into ICANN, which is the internet watchdog which Obama handed over foreigners from American control.

All of this ties back into the FBI proper. As this blog reported first in December 2016 AD in the year of our Lord, this was an MI6 operation, which had the Canadians spying on Americans for this John Brennan illegal CIA operation in the United States, running offshore, with the FBI as a front in Peter Strzok and the political minders involved in James Comey, Andrew McCabe, the Ohrs etc...

A Conversation With Chris Blackburn On The Contradictions ...

https://www.zerohedge.com/news/2018-04-23/conversation-chris-blackburn-contradictions-surrounding-mifsud
"The FBI's Legat [Legal Attache office] in Rome also sends its agents to train Italian and Maltese law enforcement at the small private campus. Mifsud had worked at LINK Campus for quite some time. Before the story broke in August last year, Mifsud had been working with CNN's Freedom Project to host a televised debate on modern slavery.

You can see how all of this is tied into the Mockingbird, in people are funneled money to run media projects in Mifsud's case, and in Stefen Halper's case, it was the Department of Defense funding his attempts to frame Donald Trump.
This entire operational enterprise in the United States was lit up and exposed on every level, from John Kerry document dumps to Congress, to the horrid mistreatment of women like Evelyn Farkas being manipulated by the likes of Kurt Eichenwald who was leaked this fake dossier to what Lisa Page is not still free of in Peter Strzok's intrigue. From top to bottom all of this lit up in media contacts to the agents who are employed to plant frames to how this entire system skirts American law, by using foreign regimes to destroy people or the extension in how they start wars with Russia, as this is what was involved in this too.


Blackburn also took to Twitter, discussing the fact that figures at CrowdStrike have been associated with LINK Campus as well as with the FBI. Specifically, according to ICANN, Andrew Bagley has served as Privacy Counsel for CrowdStrike since 2015. He also attended LINK Campus in Rome in 2010 as a visiting researcher. Finally, Bagley worked with the FBI as an “E-Discovery Technical Advisor,” echoing the connection between a number of prominent figures at CrowdStrike and the agency.


I am not going to leave the impression in this that the people above all were criminals, traitors or involved in espionage which was illegal. What you are witnessing is how operations are unleashed and how once it is set in motion, that people carry out their paid assignments without any questions asked. They are primed on need to know, and the need to know is "looking for Russian collusion" which is of course coming out of MI6 and Mossad in this one.
Those behind this knew exactly how to set this frame into motion by tripping enough wires, feeding several information flows, and preying on the bias of arrogant assholes like John Brennan, who fill out those forms to get hired to intelligence and security, to respond like rats in the maze.

That is what is most interesting to this poor orphan girl in the people who ran this operation, knew the system from inside, triggered it exactly as it should be, and all of these "passed the test trolls" carried out the operation unquestioned and in Brennan's case quite obsessive and still are. They did that to Brennan, so imagine that sad Evenly Farkas who was shot out of this like street urchin pumped up on crack. She literally did not know she was coming or going until she destroyed herself.

Then, on July 31, 2016, purportedly on the basis of Papadopoulos’s advanced knowledge of Russia’s possession of the stolen emails, Peter Strzok initiated the Crossfire Hurricane federal investigation of the Trump campaign. The DOJ and FBI would later seek a Foreign Intelligence Surveillance Act order to surveil another Trump foreign policy advisor, Carter Page, and the FISA application reiterated the FBI’s claim that it had launched a counterintelligence investigation on July 31, 2016, after learning of Papadopoulos’s conversation with Downer.

As Margot explains in her piece, critics of the investigation have long suspected Mifsud was a plant. In fact, Papadopoulos wouldn’t have even been in Italy for Mifsud to run into him if not for an invitation to something called the “Link Campus.”


For the record, those who were behind this, had two concluded motivations. To cause so much turmoil in the United States that the country would be too busy tearing itself apart to notice what was really taking place as America was busily being replaced, and a convenient war, which would have the big 3 neutralizing each other in China, Russia and the USA, as those left would profit and rule from it.
For those keeping track, it seems to be that British Italian Jewish consortium fronting this in making the world their oyster again.

Someone lit up the entire American system and exposed it completely for a purpose. Someone flipped the switch on MI6, Mossad and Italian Intel, for their dreams of filthy lucre and they did not know they were pawns like the Americans.

.......and Donald Trump is protecting it all, as the groups behind this are screaming bloody murder over all of this in trying to crawl back under a rock.

Now I wonder who is that skilled to have made monkees of the people who think they got it all on the ball.

https://www.fbi.gov/news/stories/legal-attach-london-then-and-now
Legal Attaché London Then and Now. The FBI's legal attaché office in London was in the U.S. Embassy building at 1 Grosvenor Square. Seventy years ago this coming Monday, Arthur M. Thurston was ...

As always, another Lame Cherry exclusive in matter anti matter.

The Monkees - Last Train To Clarksville 1966